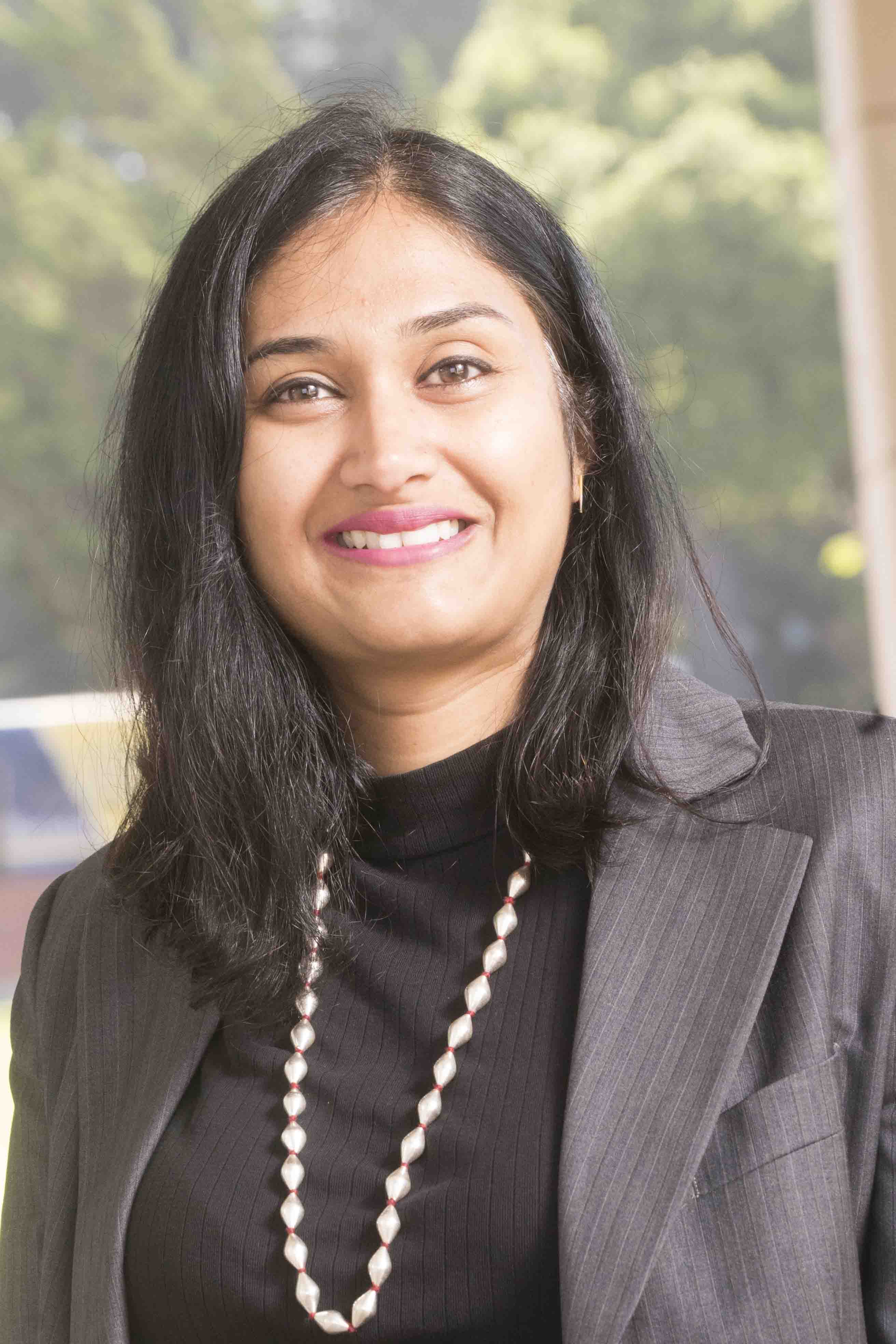 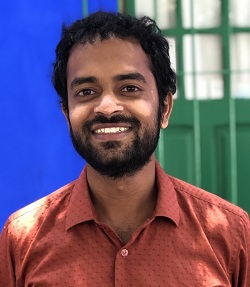 Small-scale agriculture is extremely common in developing countries, where the vast majority of farms are family-owned and under five hectares. To increase their reach, smallholder farmers commonly form local cooperatives, with shared rules on production parameters and a mutually agreed allocation of surplus.

Within cooperative agriculture, contracts that offer incentives for quality upstream can increase downstream value-added (Bellemare and Bloem 2018). This mechanism is complicated in cooperative agriculture by the fact that while contracts are written at the group level, production is carried out by individual farmers, leading to possible challenges in internally coordinating the behaviour of group members.

As a result, many agricultural cooperatives organise around existing social networks, which have been shown to sustain internal coordination through informal channels (Ostrom 1990). In particular, cooperative managers play an important role in setting incentives and enforcing compliance with internal standards. Recent evidence from Colombia (Macchiavello and Miquel-Floensa 2019) and Indonesia (Treurniet 2021) demonstrates empirically that group-level contracts can alter production outcomes in cooperative agriculture.

The gains to value added can also improve rural incomes if the returns to quality upgrading pass upstream to smallholder producers. In general, agricultural cooperatives generate surplus that is shared by member producers (Macchiavello and Miquel-Floensa 2019, Hill et al. 2021). However, the distribution of group surplus can be influenced by elite members (Banerjee et al. 2001), who frequently both serve as cooperative managers and occupy positions of privilege in the broader social network. Elite capture may thus limit the extent to which aggregate returns benefit more marginal cooperative members.

In a recent study (Rao and Shenoy 2022), we partner with the Karnataka Milk Federation (KMF) in India to study the potential for group-level incentives to lower microbial contamination and raise revenue among rural dairy cooperatives. At the start of our study, only 16% of milk delivered met the USDA sanitation standard for value-added processing.1 While the KMF has invested heavily in rural refrigeration and other sanitation infrastructure along the supply chain in recent years, they offered no cleanliness-based incentives at the time of study.

We conducted a randomised evaluation of cooperative-level incentives for milk cleanliness among 51 cooperatives in rural Karnataka. We tested milk for microbial contamination and, among treated cooperatives, offered financial bonuses for cleaner milk (amounting to around 1-2% of revenue over a 4-week period). The intervention aimed to incentivise basic hygiene practices such as washing hands, washing cows’ udders, and sanitising collection equipment.

Among incentivised cooperatives, we further randomised information disclosure about the incentive payment. In one subset (the ‘private’ arm), incentives were made known only to the cooperative managers in charge of the group financial account, who then had the discretion to share information with member producers as they deemed appropriate. As noted above, cooperative managers typically have high social status and occupy elite positions within the local social network. To evaluate the potential for transparency to constrain the power of these elites, we introduced a second, ‘public’ arm in which information about incentive payments was also shared with a subset of cooperative members.

We find bacterial contamination levels reduced by 0.6 standard deviations on average in the private treatment arm, and by 0.3 standard deviations in the public treatment arm, relative to the unincentivised control (Figure 1, left panel). The private treatment effect corresponds to an 81% increase in the portion of milk suitable for value-added processing. The magnitude of improvement in response to a 1-2% increase in cooperative revenue indicates the high potential for promoting hygiene through incentives.

Qualitative evidence suggests that sanitation improvements were achieved through the effort of both cooperative managers and member-producers. On the producer side, members reported improved perceptions of their peers’ hygiene in endline surveys among treated cooperatives. (Comparison to control verifies that these perceptions were not merely driven by the salience of milk testing.) In addition, both study enumerators and member-producers in treated cooperatives reported seeing managers washing their villages’ shared collection equipment, a sight never observed during baseline testing or in control areas.

In this setting, managers seem to enjoy residual claims on cooperative surplus, so their sanitation efforts are unsurprising. It is less clear why member-producers improve their hygiene. Endline surveys reveal that members of treated cooperatives received no financial compensation for quality improvement, and in the private arm members did not even know payments were made to the cooperative. In lieu of explicit payment, it seems likely that managers exerted informal social pressure on member producers.

…but information disclosure leads some managers to opt out of incentives

The effect of incentives is roughly half as strong in the public treatment arm as in the private arm.  This attenuation is driven in part by the remarkable fact that nearly a third of cooperative managers in the public arm declined incentive payment but continued participating in the study. The right panel of Figure 1 breaks out results for those that accepted public payment and those that opted out. We see little improvement among cooperatives whose managers turned down incentives, while those that accepted payment more closely resemble the private treatment arm.

Every treated cooperative would have received additional revenue had they made no changes and maintained their baseline milk quality. Thus, managers who declined payment must have felt that public information disclosure would either lower their private returns or raise their private cost of effort. These managers appear to have lower managerial capacity across a number of baseline measures. Notably, cooperative members rate these managers lower in both managerial ability and social status. These attributes may make public information disclosure more costly for the manager, for instance by increasing the effort required to coordinate behaviour across producers, or by lowering the manager’s claim on shared surplus.

Note: Rounds -1 and 0 represent baseline measurements without incentives, and Rounds 1 and 2 represent measurements during the incentive period. The left panel plots values according to assigned treatment status, while the right panel differentiates between cooperatives that accepted public payments and those that opted out.

Our study demonstrates that group-level incentives can affect collective behaviour in rural settings with strong social networks. This finding offers hope for initiatives that rely on cooperatives and similar farmer-producer organizations to connect groups of small producers to broader markets. In the case of the Indian dairy sector, we find the cleanliness response to a small incentive to be substantial, indicating vast potential for innovations in contract structure to supplement physical upgrades along the supply chain.

However, we see that the success of group-level incentives depends crucially on the participation of elites, who have the power to block such innovations. Specifically, transparency is commonly used as a tool to constrain elite power. In this study, we find the threat of transparency causes a substantial fraction of cooperative managers to opt out of incentive payment, nullifying any incentive effects, and effectively discarding what could have been free cooperative revenue.

This lesson translates more generally to a broad range of development policies that rely on local leaders as last-mile implementers. While many such programmes are designed to maximise impact by limiting opportunities for elite capture, our study highlights a potential tradeoff between aggregate outcomes and distribution of surplus in development policy.

1 Milk that does not satisfy this standard must be pasteurised at a higher temperature, rendering it suitable only for liquid milk and related products with low profit margins.

2 Due to limited power, we can neither statistically reject that the effect size in the public arm is equal to that of the private arm nor that it is zero.