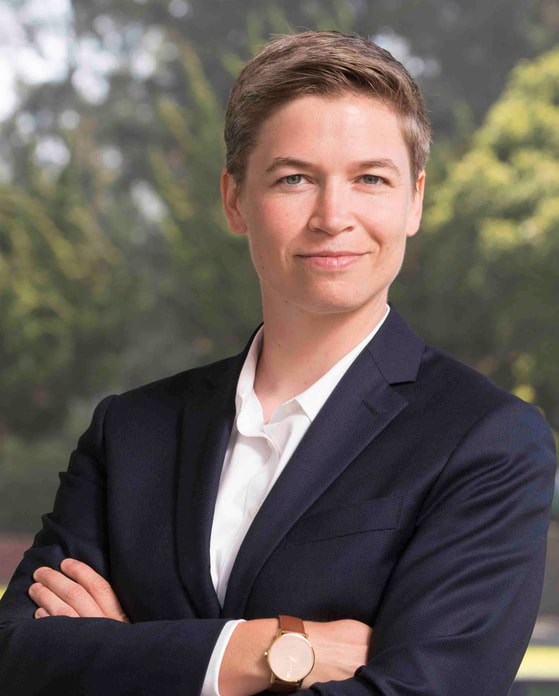 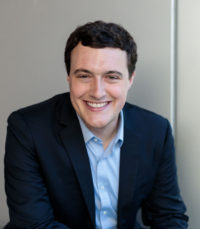 Energy-efficient stoves save USD 120 per year (300% returns), but as credit constraints prevent adoption, subsidies may be more effective than carbon taxes

Despite this, adoption of energy-efficient technologies remains low. Almost all growth in global energy demand in the next several decades is expected to come from low- and middle-income countries (International Energy Agency 2017). But these countries still use more than twice as much energy per dollar of GDP (Energy Progress Report 2018).

In a randomised controlled trial with 1,000 households in Nairobi (Berkouwer and Dean 2020), we set out to understand why. What causes low levels of adoption of household energy efficiency technologies that are predicted to generate large benefits? Is it that the returns are not as large as predicted? Or do other frictions, such as market failures or behavioural biases, prevent widespread adoption?

Once we answer these questions, we can think about which policies would best support sustainable development. Economists almost unanimously agree that a carbon tax is the most efficient way to reduce greenhouse gas emissions. But is this the best policy everywhere? We show that in some settings a subsidy on energy-efficient technologies may generate larger welfare gains.

Energy efficiency can save money: We estimate savings of USD 120 per year

A household’s ‘energy burden’ is the fraction of income that it spends on energy costs. This burden is often regressive: both within the United States and in low-income countries, lower-income households tend to spend a higher fraction of their incomes on energy costs (Drehobl and Ross 2016). In our sample of 1,000 low-income families living in Nairobi, some households spend up to 20% of their incomes on energy. We enrolled households who spend at least USD 3 per week on charcoal (10-20% of income for most respondents), but almost everyone regularly spends money on additional energy sources such as electricity payments, kerosene, LPG, payments to charge a mobile phone, candles, or firewood.

Enter: the Jikokoa charcoal cookstove, produced by Burn Manufacturing. The Jikokoa’s modern engineering uses high temperature alloys and ceramic wool insulation to make the charcoal burn more efficiently. We study adoption of this stove using a Becker-DeGroot-Marschak mechanism, where participants share the maximum price they’d be willing to pay for the stove before finding out its price, which we randomly assigned.

Using random variation in stove adoption that this mechanism generates, we estimate that adoption of the Jikokoa stove reduces household charcoal expenditures by 40%. This adds up to more than USD 120 per year, or about one month of income, for the average household. Relative to the stove’s market price, this implies an internal annual rate of return of 300%.

Note: Household charcoal expenditures decline by USD 2.20 per week (40%). These results are stable up to 18 months after adoption.

Despite these large potential returns, adoption remains low. The average willingness to pay for the stove in our sample is only USD 12. To understand why, we randomised participants into receiving a three-month loan. We find that the loan doubles willingness to pay, closing the gap between the savings during the loan period and willingness to pay.

Research in the United States by Jessoe and Rapson (2014) and Allcott and Taubinsky (2015), for example, shows that households do not always pay attention to energy prices optimally. This might be especially so in low-income contexts, where the cognitive stress of living in poverty can increase behavioural biases (Schilbach et al. 2016). In order to test whether participants fully appreciated the savings benefits, we cross-randomised the loan treatment with a treatment asking respondents to complete an accounting exercise of their potential energy savings over the next year. Unlike the loan treatment, we find that the accounting exercise has precisely zero effect, even in combination with the loan, suggesting households are already aware of the savings potential. 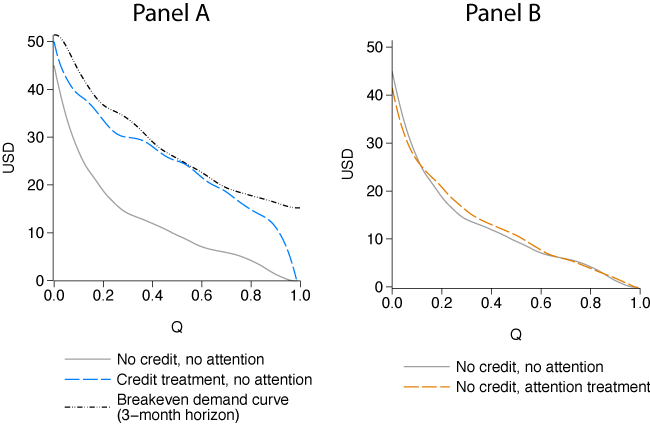 Note: Access to a 3-month loan doubles WTP and closes the gap between WTP and 3-month savings (Panel A). Attention to the benefits has no impact (Panel B).

What do these results mean for environmental policy in contexts where financial market frictions are common? Economists do not often achieve unanimous agreement, but one policy with remarkably high support (including 27 Nobel Laureate Economists and four Federal Reserve chairs) is Pigouvian taxation to correct negative externalities. There is therefore broad support amongst economists in favour of a carbon tax as a tool to incentivise greenhouse gas emissions reductions so as to slow climate change.

According to the World Bank’s State and Trends of Carbon Pricing (2018), middle-income countries like South Africa, Chile, and Mexico have all enacted a carbon tax covering at least 40% of their national greenhouse gas emissions. But are carbon taxes really the best policy everywhere?

Carbon taxes are designed to increase adoption by incentivising potential adopters to factor in the potential social benefits of their decision. While this may be an important factor limiting adoption amongst wealthier households, in this population, even people with enormous private benefits are failing to adopt. Most poor households simply do not have the liquidity to invest in these technologies. In fact, because energy is a larger portion of their budgets, they would disproportionately bear higher energy costs.

Energy-efficient technologies have the potential to generate large financial savings for the world’s poorest households, but financial market frictions slow adoption. While carbon taxes can efficiently reduce greenhouse gas emissions in higher-income countries, they are likely to worsen outcomes for the poor by increasing already high energy costs. By lowering prices, subsidies on energy-efficient technologies have the potential to promote widespread adoption despite these large credit constraints.

Berkouwer, S B and J T Dean (2020), “Credit and attention in the adoption of profitable energy efficient technologies in Kenya,” Working paper

Davis, L W, S Martinez, and B Taboada (2020), “How effective is energy-efficient housing? Evidence from a field trial in Mexico”, Journal of Development Economics 143 102390

Drehobl, A and L Ross (2016), “Lifting the High Energy Burden in America’s Largest Cities: How Energy Efficiency Can Improve Low-Income and Underserved Communities,” American Council for an Energy-Efficient Economy

Fowlie, M and R Meeks (2020), “Rethinking Energy Efficiency in the Developing World,” Forthcoming at Review of Environmental Economics and Policy.