The cross-border effects of environmental regulation: Evidence from battery recycling in the US and Mexico 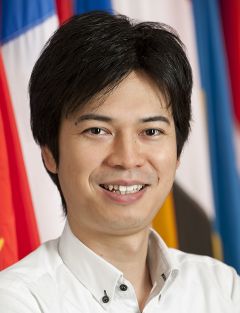 Professor, Department of Economics and School of International and Public Affairs, Columbia University

Tightened US regulations around lead increased exports of lead-acid batteries to Mexico for recycling, worsening health outcomes for locals, especially the poor

As the effects of environmental pollution and degradation have become more visible, popular support for environmental regulation has grown around the world. While the regulation of most pollutants is still conducted at the national or sub-national level, the overall effectiveness of such regulation depends crucially on the extent of displacement of polluting activities across borders. If the regulatory problem resembles a game of whack-a-mole, where regulation in one place just leads polluting activities to pop up somewhere else, then even the best-intentioned unilateral policies may have little impact on overall pollution levels. Moreover, if displacement effects are strong enough, they may lead to a ratcheting-down of regulation, as some countries compete to attract jobs and investment by weakening environmental restrictions – a ‘race to the bottom’. This issue is particularly salient because developing countries tend to have weaker regulations than developed countries due to weaker regulatory capacity and, in some cases, deliberate prioritisation of growth over environmental protection. Hence, developing countries can become ‘pollution havens’, with negative health consequences for local populations.

How strong are pollution-haven effects?

Press accounts of dirty activities springing up in developing countries, in part to evade stricter regulations in developed ones, are all too common. This phenomenon has been documented, for instance, in the recycling of electronic and plastic waste (Grossman, 2006; Yee, 2019; Winn, 2019; Michaelson, 2021) and in assembly plants (maquiladoras in Spanish) along the northern border of Mexico (James, 2018). But previous academic research has found little systematic evidence of such pollution-haven effects between the global North and South. As a result, the dominant view in the policy world seems to be that North-South displacement effects are small and safely ignored. For instance, the World Development Report for 2020, the World Bank’s flagship publication, asserts: “[E]mpirical evidence shows that strict environmental regulation of polluting industries has not led to large relocations to countries with less-strict standards.... The association of falling trade costs and tighter environmental regulations could drive polluters to flee to developing countries. But this has not happened” (World Bank 2020: 125, emphasis added).

The case of battery recycling

In a recent study (Tanaka, Teshima, and Verhoogen, forthcoming), we provide a counterexample to this comforting World Bank view. We focus on the recycling of lead-acid batteries in the US and Mexico – a sector for which detailed data are available and in which there was a sharp ‘experiment’: in early 2009, the US Environmental Protection Agency (EPA) tightened the air-quality standard on lead by a factor of 10, from 1.5 µg/m3 to 0.15 µg/m3. The change mainly affected battery-recycling plants, which were the biggest emitters of lead. The standard in Mexico remained at 1.5 µg/m3 over the period.

Lead-acid batteries (commonly used in automobiles) are sometimes seen as a recycling success story, because almost all batteries are recycled and almost all lead in new batteries comes from recycling of old ones. But the recycling process itself can generate significant lead-dust emissions, and lead is a particularly noxious pollutant. It has been tied to low birthweight, learning disabilities, low IQ, low educational achievement, and even engagement in criminal activities later in life (World Health Organization 2017).

Figure 1 Lead concentrations in US, binding versus non-binding areas Note: The sample comprises monitors within two miles of a lead-emitting plant for which we observe both pre-reform and post-reform lead concentrations. Figure plots three-month moving averages in lead concentration levels in ambient air at monitoring stations between 2002 and 2015, separately for binding areas (concentration > :15 µg/m3 pre-2008) and non-binding areas. The leftmost vertical line indicates the date of the Advance Notice of Proposed Rulemaking (ANPR), 5 December 2007; the middle line the signing of the revised standard (NAAQS), 1 May 2008; the rightmost the implementation of the new standard, 12 January 2009.

Conveniently, exports of used lead-acid batteries are captured in three detailed (10-digit) categories in US trade data. Figure 2 plots exports of used lead-acid batteries over time from the US to Mexico and to the rest of the world. Each dot represents monthly exports, and the blue and red lines are flexibly fitted trend lines. The figure shows a clear trend break in early 2009 in the exports to Mexico, right after the new US standard was implemented. Exports to Mexico quadrupled between 2009 and 2014. Note: Each dot indicates monthly exports (measured in millions of batteries) from the US to Mexico (in blue) and the rest of the world (in red). The fitted trend lines indicate smoothed local polynomial trends with the bandwidth of three months. The leftmost vertical line indicates the date of the Advance Notice of Proposed Rulemaking (ANPR), 5 December 2007; the middle line the signing of the revised standard (NAAQS), 1 May 2008; and the rightmost line the implementation of the new standard, 12 January 2009. The trend for Mexico omits May and June, 2008, just after the new standard was signed, when exports spiked temporarily. Source: US Census Bureau Foreign Trade statistics. Exports are the sum for US tariff codes 8548100540, 8548100580, and 8548102500. Finally, to estimate the health impacts in Mexico, we focus on the birthweight of newborns, a particularly well-measured and fast-responding health outcome. Birthweight is salient because negative fetal health shocks have been shown to have long-lasting effects over the lifecycle (Currie and Vogl 2013). We compare birthweight for babies born to mothers living near battery-recycling plants to those born to mothers living slightly farther away, where ‘near’ is defined again as within two miles, and ‘slightly farther away’ as between two and four miles. Using discharge records from hospitals run by the Mexican Ministry of Health, which tend to serve the poorest Mexicans, we find that the rate of low-birthweight (less than 2.5 kg) births increased by about 5 percentage points, on a baseline average of about 12% (an increase of about 40% of the baseline mean). Using data from birth certificates (which are available for fewer years pre-reform), we corroborate this finding and also observe that there were no negative effects for better-off mothers in other public and private hospitals.

Overall, the results provide strong evidence of North-South displacement – a ‘pollution-haven effect’ – in this industry, with the negative health consequences in Mexico being borne primarily by the poor.

More research is needed in other sectors, but we believe that pollution-haven effects will be revealed to be a broader phenomenon, and they point to a need for greater cross-border coordination of environmental policy. Displacement effects – what economists would call environmental production externalities – provide a rationale for international environmental agreements, in the same way that international price externalities provide a rationale for trade agreements (Bagwell and Staiger 2004).1

Any such negotiations raise an ethically challenging issue: what if poor countries decide that they are willing to accept dirty industries for the sake of growth? That it might be in the interest of poor countries to do so was the essential argument of an infamous memo signed by Larry Summers when he was Chief Economist of the World Bank, which began “Just between you and me, shouldn’t the World Bank be encouraging MORE migration of the dirty industries to the LDCs [Least Developed Countries]?” (The Economist 1992).

In principle, it is hard to argue with the idea of national sovereignty. Presumably people in developing countries should have the right to decide for themselves how to weigh the benefits of growth against the costs of pollution. Some countries may choose less-restrictive policies, some more-restrictive. In China, for instance, the city of Giuyu was once the world’s centre of e-waste recycling, but in 2018 the central government banned imports of 24 types of waste, including electronic and plastic waste, and the waste-recycling business has moved elsewhere and environmental conditions have improved (Stanway 2018). Several other countries have implemented or are considering similar bans (Winn, 2019, Michaelson 2021) – and Mexico itself eventually tightened restrictions on battery-recycling in 2015.

But our study points to an important complicating factor: the health costs of dirty industries are not distributed evenly. As has been found in many other contexts (Currie 2011, Hsiang et al. 2019, Banzhaf et al. 2019), the burden falls disproportionately on the poor, who are likely to have little influence in country-level policy decisions. If one is primarily concerned with improving the welfare of the poorest in poor countries, then some international pressure to raise environmental standards, beyond what developing-county governments would choose for themselves, may be appropriate, and indeed necessary.

Editors’ note: This column has been published in collaboration with VoxEU.

James, I (2018), “This Mexican City Was Transformed by Factories. Its People Pay a Heavy Price,” The Desert Sun, 5 December.

1 For discussion of recent international environmental agreements, see Kellenberg and Levinson (2014) and De Melo and Solleder (2019).