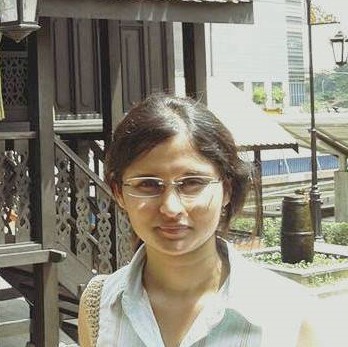 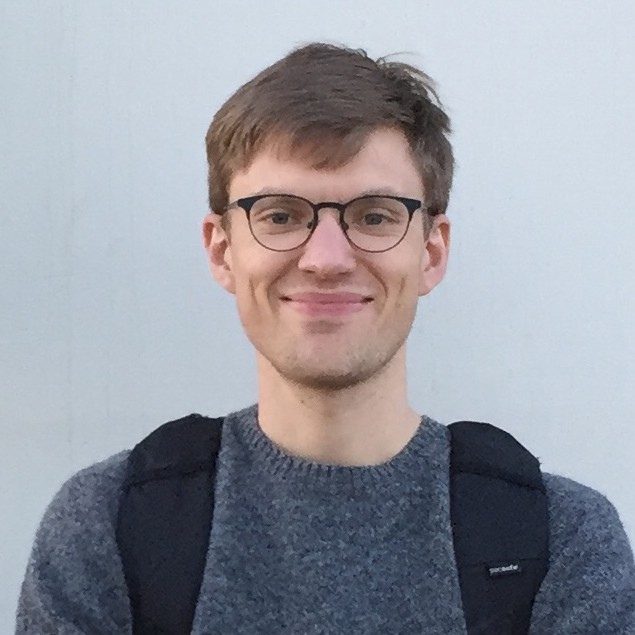 In many parts of the developing world, public utility companies providing services like electricity, water, transportation, and sanitation find themselves in a political-economic equilibrium characterised by poor service quality and poor financial performance. This equilibrium is perpetuated by a self-reinforcing cycle in which regulated prices set below cost, deprive utility companies of the resources needed to maintain high levels of service quality. In turn, poor service quality undermines the value of these services to the public and the ability of policymakers to justify pricing that achieves cost recovery, or to maintain high levels of support from general tax revenues. In some cases, widespread non-payment or outright theft of public services exacerbates this cycle. India’s electricity distribution sector is a leading example of this phenomenon. Examining the interplay between price subsidies, electricity consumption and bill payment behaviour in India’s retail electricity market, we provide a more nuanced set of policy recommendations on how regulated utilities may be able to escape this trap.

For decades, the distribution segment of India’s electricity sector has struggled to rise from a deep infrastructure quality trap. As of 2019, the approximately 100 utility companies serving retail customers across the country collectively held about Rs. 4 trillion in outstanding debt, equivalent to 1.9% of India’s GDP. While many of these utilities have managed to improve service quality in recent years, grid capacity shortfalls and deferred maintenance mean that hundreds of millions of people likely experience more than 10 hours of power outages every day (Aklin et al. 2016). In spite of highly subsidised retail price schedules for residential and agricultural customers, these utilities have long faced significant rates of non-payment and pilferage. In 2019, the utilities collected revenue on only about 77% of the kilowatt hours (kWh) they served to customers, with the gap reflecting a combination of technical grid losses, failures to bill customers, and non-payment of bills (Power Finance Corporation Ltd. 2020). For several utilities, these losses were as high as nearly 40%.

Recent research on this subject has pointed toward heavily subsidised retail prices as a root cause of dysfunction in electricity distribution in settings like India (McRae 2015, Burgess et al. 2020). Much of this research suggests ‘getting the prices right’, arguing for reducing retail subsidies for electricity, which amount to 50% or more of the average cost of supplying power to customers served by many of India’s utilities. Under these policy prescriptions, raising retail prices could increase welfare by eliminating distortions,1 improve the finances of electric utilities, and, as a result, support investment in better service quality. However, such reforms could also come at a cost, reducing affordability, and potentially exacerbating already high rates of non-payment.

Changes in retail electricity prices in Delhi: How consumers respond in the short run

In order to evaluate these potential costs and benefits of retail electricity pricing reform, we provide empirical evidence on the consumption and non-payment responses of electricity customers to retail prices in Delhi (Khanna and Rowe 2021). Beginning in the late 1990s, Delhi pursued an ambitious set of reforms to its electricity sector that included partially privatising its distribution segment, formalising the connections of thousands of informal settlement customers, and incentivising investments in improved reliability and service quality. These reforms and investments in service quality were financed largely by approximately tripling average retail electricity prices over the course of a decade. Local elections in 2015 brought a populist government – led by the Aam Aadmi Party (AAP) – into power in part on promises of reversing these price increases. During the period we study, 2015 to 2019, the government reduced average prices for residential customers by 10%-18%, with small residential customers receiving the largest reductions.

Our empirical strategies take advantage of Delhi’s highly complex retail electricity price schedule to estimate short- and long-run responses to price changes. Using detailed records of about 79 million individual electricity bills, we reconstruct the monthly payment histories of more than 1.5 million domestic, informal settlement, commercial, and small industrial electricity customers served by one of Delhi’s private distribution companies. We supplemented these data with our own survey of 3,200 residential customers served by the company, in which we collected information on demographics, appliance and backup power investments, and perceptions of service quality.

A series of subsidies introduced by the local government, starting in 2014, created large notches in the marginal price2 schedule for residential customers. As shown in Figure 1, the most salient feature of the marginal price schedule during this period is the spike at 400 kWh, which emerged in March 2015. Within weeks of its election, the AAP-led government announced a 50% subsidy on total energy charges for residential customers consuming up to 400 kWh per month. As consumers cross the threshold of 400.5 kWh, their total bill amount immediately increases by about 42%, on average. During other periods, subsidies at the 100 and 200 kWh thresholds created similar but smaller notches.

We apply a regression discontinuity estimator to analyse the short-run response of customers to large increases in the average cost of electricity resulting from these subsidy notches. We find that residential demand is persistently very inelastic to electricity prices3 in the short run. For residential customers, the implied elasticities of these estimates range between -0.013 and -0.0349.4 Large but transient increases in arrears following the billing shocks suggest that non-payment may play a role in dampening the magnitude of these elasticities. In other words, customers appear to allow arrears to absorb a portion of their increased charges while modestly reducing their consumption in the leading months following the introduction of the subsidy. Despite the clear incentives, we find no evidence that customers shift their consumption or ‘bunch’ just below these thresholds, which is not surprising given the difficulty customers have in observing their current consumption, particularly with traditional meters. Giving utilities the tools to enforce payments, and customers the ability to observe their consumption in real time – perhaps using smart meters – would help to lower non-payment in this market.

Price elasticities are among the central parameters for efficient retail price design and optimal investment in capacity infrastructure. In addition, they are needed to predict the long-run response to market-based climate policies,7 whose effectiveness depend on pass-through into retail electricity rates. Retail price elasticity estimates are available in rich-country settings (Borenstein 2012, Wolak 2011, Ito 2014, Jessoe and Rapson 2014, Deryugina et al. 2020). However, rigorous estimates of these elasticities from developing-country settings are much sparser. Our long-run demand elasticity estimates for residential customers are about three to five times larger than the best estimates from the US, which suggests that the subsidies are effective in delivering surplus to customers in India relative to the amount of distortion they would create. However, domestic and informal settlement customers consuming the least electricity – which our survey shows are also the poorest consumers – have relatively less elastic demand. The magnitudes of the elasticities of bottom-decile domestic and informal settlement customers are about 40% and 52% lower than those in the respective sixth decile. In Delhi, as in many Indian electricity markets, cross-subsidisation between customer categories means these distortions result both from over-consumption by residential customers and under-consumption by industrial and commercial customers (see Figure 2). Interestingly, industrial and commercial demand generally appear to be more elastic than residential demand. Second, the non-payment response to price changes exhibited by the bottom deciles of residential customers implies that broad price increases may have a damaging side effect of reducing revenue collection. These non-payment responses are concentrated among the poorest residential consumers to whom electricity subsidies are intended to deliver surplus and who exhibit relatively smaller price elasticities. On the other hand, we find only suggestive evidence of at most modest non-payment responses for commercial and industrial customers.

While reducing subsidies for poor consumers would come at significant cost in terms of reduced surplus for these consumers – who are also the most difficult to reach with other types of transfers – we also expect non-payment to rise in response to price increases, mitigating the improvements to utility finances that these increases are intended to support. In contrast, commercial and industrial customers, who pay prices well above the average cost of supply, have substantially more elastic demand compared to residential customers. These large elasticities provide a strong rationale for reducing power prices for these customers as that would eliminate the largest amount of deadweight loss in this market. Not only would we expect this reform to reduce a large distortion to consumption, the behavioural response would likely also grow the industrial and commercial customer base as many of these customers rely on power backups and captive generation in response to extremely high regulated electricity prices. Lowering rates for commercial and industrial customers would help utilities raise more revenue, which could be used to upgrade the distribution network and improve service quality across the system.

While subsidising poor customers may improve economic welfare by raising payment rates, the data also suggest that the price subsidies in Delhi are not well-targeted. The 50% subsidy that the AAP government introduced in 2015 for residential customers consuming less than 400 kWh per month covered 86% of all residential bills. The AAP government claims that the number of low-income households that obtained connections increased significantly as a consequence of their subsidies. However, residential customers in the bottom decile of consumption pay prices that are 2.5 times that of the fifth decile and 1.3 times that of the top decile of consumption, a disparity that is driven primarily by fixed charges. Therefore, applying the subsidy on fixed charges rather than on the volumetric rates would serve to make the price schedule less distortionary and more equitable.

Editors' note: This column first appeared on Ideas for India.

2 The marginal priceis the price of consuming one additional unit of electricity. In contrast, the average price is the total bill amount divided by total consumption.

3 Price elasticity of demand is an economic measure of the responsiveness of demand for a product in relation to a change in the product’s own price.

4 This implies that very large price increases (42% increase if the 400 kWh threshold is crossed) generate very small consumption responses, in part because customers could respond by not paying their bill.

5 We employ an instrumental variables (IV) strategy to estimate price elasticities and non-payment responses to price variation in the long run. For further details, please see Khanna and Rowe (2021).

7 Market-based climate policies, such as emissions taxes, put an explicit price on each unit of emissions in order to incentivise polluters to reduce or eliminate the negative environmental externality.