How do migration and remittances affect inequality? A case study of Mexico 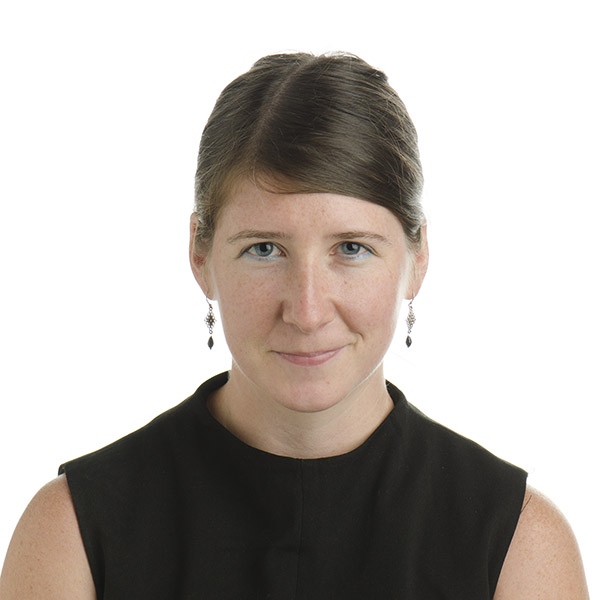 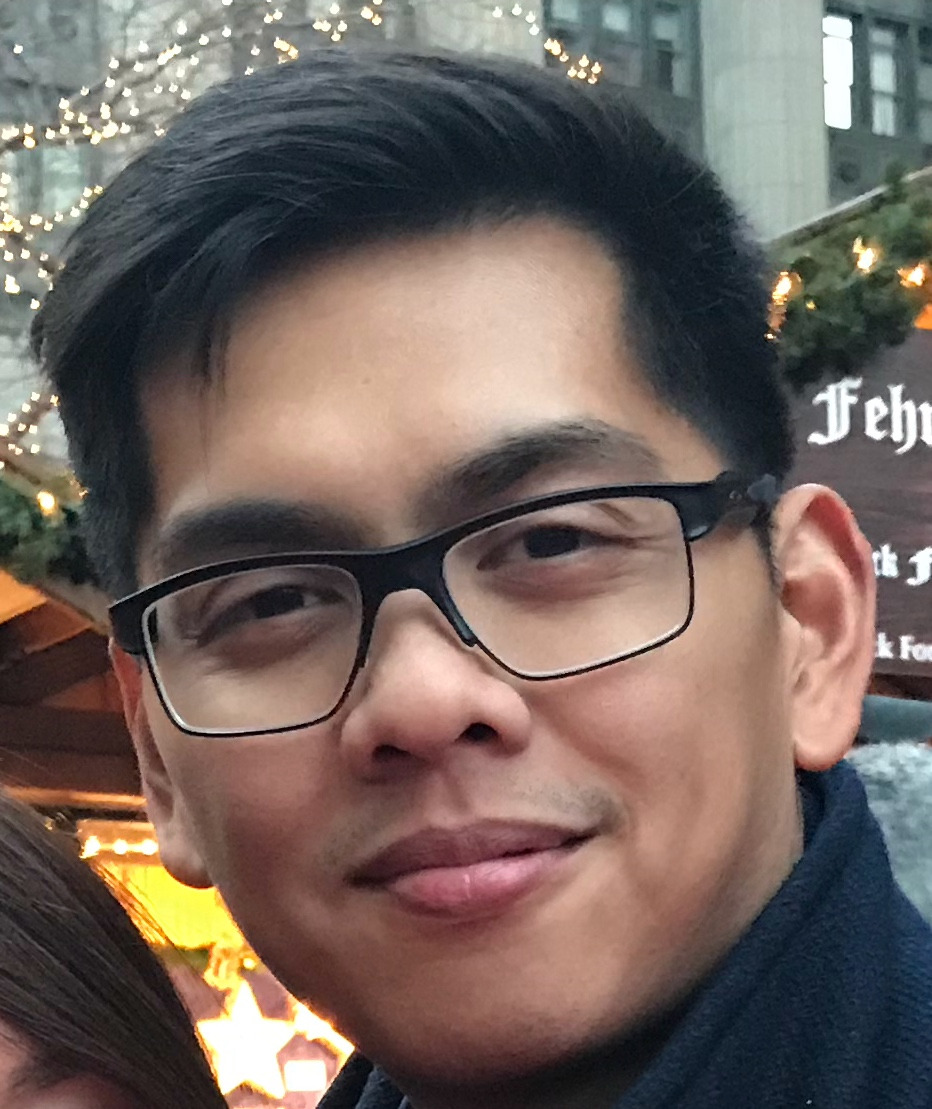 At the macro level, remittances constitute an important source of external financing for many emerging market and developing economies. At the micro level, they can facilitate investments in health, education, or small businesses. A large literature has documented their beneficial effects on poverty, however, their effects on inequality are much less clear and would depend on which households across the income distribution are most likely to receive remittances and how much they receive.

Changing effects over time could drive these conflicting findings. As highlighted by Stark et al. (1988) ‘pioneer’ migrants (who face higher costs of migration) may come from relatively richer households than later migrants, who benefit from falling costs of migration due to improved access to labour markets as migrant networks expand. Migration would thus first increase then decrease inequality in sending countries over time.

In a recent paper (Koczan and Franz Loyola 2018), we investigate how remittances affect inequality in Mexico, and how this effect changes during economic crises. Specifically, we examine the behaviour of remittances before, during, and in the aftermath of a domestic crisis, the 1994 Mexican peso crisis, as well as the global financial crisis, which affected both the sender and receiver countries.

Mexico has a long history of outmigration, in particular to the US, and most migrants send money home to support their families. In 2014 households in Mexico received on average about $290 per month ($140 median).

Figure 1 Remittances before, during, and after the peso crisis and the global financial crisis

a) Remittances before, during, and after the peso crisis 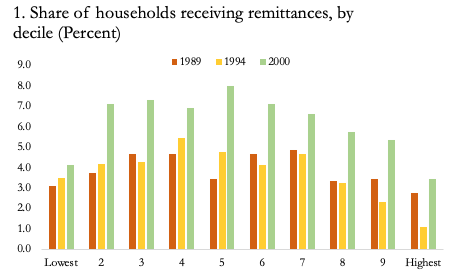 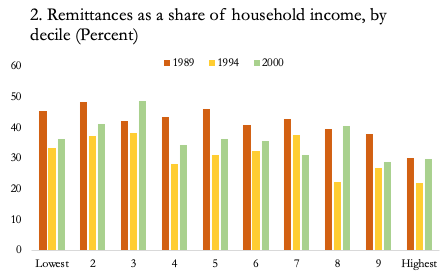 b) Remittances before, during and after the global financial crisis 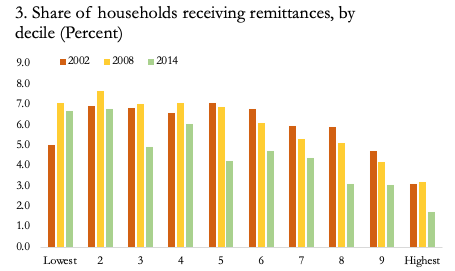 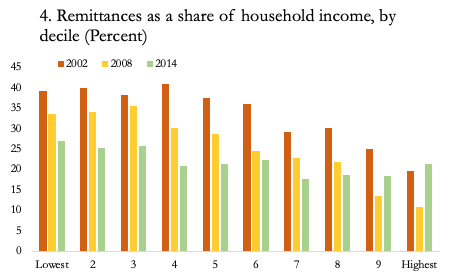 Households in rural areas, as well as those with fewer employed or more elderly household members, are more likely to receive remittances. This is also the case for households with female household heads, likely reflecting a male migrant, and households where the household head is less educated. These patterns are broadly similar for poor as well as rich remittance-receiving households.

What does this imply for inequality?

based on income excluding remittances. This, however, is unlikely to be an accurate measure of the effect of remittances on inequality as households would likely increase hours or employment in the absence of remittances, though it is unclear up front how such responses would differ across the income distribution. 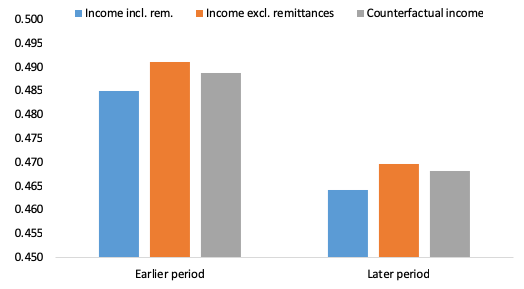 What are the effects of the crises?

Were households more likely to receive remittances or did they receive higher amounts during the years of the Peso crisis and Global Financial Crisis, relative to the years before and after? And how do these effects vary across the income distribution?

Even when controlling for a range of household characteristics, there are very clear crisis effects. Figure 3 depicts how the likelihood of receiving remittances and the amount of remittances received as a share of income changed across income deciles during the Peso and global financial crisis, respectively.

Both crises showed an increasingly pro-poor pattern of remittances. During the Peso crisis the likelihood of receiving remittances as well as amounts received as a share of income fell at the top, while there was little change in the lower income deciles. During the Global Financial Crisis, the likelihood of receiving remittances as well as remittance amounts as a share of income again fell at the top, but now even increased at the bottom. The decline in remittances to richer households during crises periods in the receiving country is consistent with falling investment motives. The increase in remittances to poorer households during the Global Financial Crisis could reflect both the more widespread migration opportunities in Mexico and/or migrants with a longer history of migration being better able to cushion the shock in the US. This insurance effect is quite striking in a context where both the sending and receiving countries were hit by a common shock. 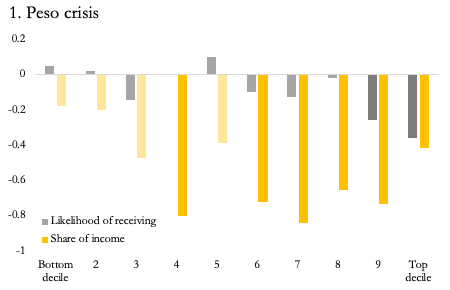 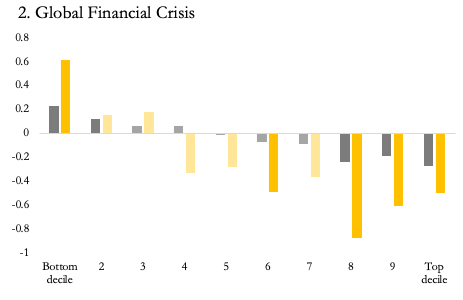 Source: INEGI and authors' calculations.
Note: The figure plots crisis year dummy coefficients (1994 in panel 1 and 2008 in panel 2) from regressions, which also control for characteristics of the household and the household head. Darker colours denote statistically significant coefficients at the 10% level.

Remittances: a tool for lowering inequality and mitigating shocks

These results thus suggest that not only can remittances lower inequality at the macro level, they could also help mitigate shocks hitting the poorest. Their pro-poor pattern appears to have strengthened over time, consistent with migration opportunities becoming more widespread and migrants becoming better integrated in the host country. This has allowed remittances to cushion some of the shocks of the Global Financial Crisis, especially at the bottom of the distribution, despite migrant incomes likely being hit in the sending country as well.

Editor’s Note: The views expressed in this column are those of the authors and should not be attributed to the IMF, its executive board, or its management.

Acosta, P, C Calderon, P Fajnzylber and H Lopez (2008), “What is the impact of international remittances on poverty and inequality in Latin America?”, World Development 36(1): 89–114.

Adams, R and H Alderman (1992), “Sources of inequality in rural Pakistan: A decomposition analysis”, Oxford Bulletin of Economics and Statistics 54(4):591–608.

Adams, R, A Cuecuecha and J Page (2008), “The impact of remittances on poverty and inequality in Ghana”, World Bank Policy Research Working Paper 4732.

Barham, B and S Boucher (1998), “Migration, remittances, and inequality: Estimating the net effects of migration on income distribution”, Journal of Development Economics 55: 307–31.

Brown, R and E Jimenez (2007), “Estimating the net effects of migration and remittances on poverty and inequality: Comparison of Fiji and Tonga”, UNU- WIDER Research Paper 2007/23.

Loritz, J (2008), “The incidence of remittances in Latin America and effects on poverty and inequality.” Maryland School of Public Policy.

Möllers, J and W Meyer (2014), “The effects of migration on poverty and inequality in rural Kosovo”, IZA Journal of Labour & Development 3(16).

Yang, D and M Claudia (2005), “Remittances and poverty in migrants’ home areas: Evidence from the Philippines.”