The causal effects of competition on prices and quality 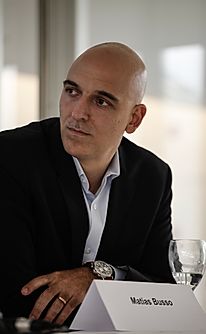 Governments can outsource public services and achieve lower prices, without sacrificing quality, if they can ensure that there is enough competition

The retail sector accounts for 20% of global GDP. In developing countries, the sector is mostly populated by small independent stores and small wholesalers, which capture almost 60% of the sector’s revenue. While a large body of empirical literature analyses the effects of competition on prices and quality in the retail sector, this literature has focused primarily on market responses to the entry of modern and large ‘big box’ retailers. In a new paper, we provide the first experimental evidence on the effects of competition on prices and quality (Busso and Galiani 2019), by assessing the effects of the entry of small retail shops rather than large retailers.

The experiment that we conducted was part of an attempt to improve the operation of a conditional cash transfer (CCT) programme in the Dominican Republic. This programme provides monetary transfers to poor families that can only be used, by means of a debit card, in grocery stores affiliated with the programme. Because entry into this market was restricted by programme design, these stores could potentially wield market power. Our paper assesses the effects on product prices and quality of a relaxation of those entry restrictions.

Outsourcing consumption goods to the private sector and ensuring competition

At the outset of the CCT programme, the Dominican Republic’s government was grappling with the problem of how to deliver basic consumption goods to the poor sectors of its population. It had potentially three alternative strategies for controlling the prices and quality of these goods: directly selling them to the programme beneficiaries; outsourcing the provision of such goods to the private sector and regulating their prices; or outsourcing to the private sector and ensuring competition in the market. In the end, the government chose the third policy option. Our paper contributes to the literature by providing new evidence that governments can outsource public services and achieve lower prices, without sacrificing quality, if they can ensure that there is enough competition amongst potential providers.

The intervention: An exogenous randomised increase in the number of retailers

We conducted a randomised controlled trial in 72 districts of the Dominican Republic. Each district is considered a market. In these markets, programme beneficiaries represent a large share of the customers and sales. The intervention consisted of an exogenous randomised increase in the number of retailers. The design allowed anywhere from zero to three new stores to begin operating in each market. As many as 61 new grocery stores entered these markets, with a 26% increase in the number of stores in the treated areas. It is important to note that, in our setting, the stores referred to as ‘incumbents’ are the ones that were already operating in the programme network before the intervention took place; market entry is considered to have occurred when a store is approved by the CCT executing agency to sell its products to programme beneficiaries. We refer to the retailers who are entering the programme network as ‘entrants’.

We collected data on retail stores as well as households (i.e. consumers), both before and six months after the intervention took place. Our data includes information on product attributes (units, price, variety, and brand) that allows us to assess changes in the characteristics of the goods sold by retailers. As is also true of other studies that have contributed to the literature on this subject, we focus on the effects of competition on a relatively small set of goods. For each of these goods, we used the reported information on product, brand, variety, and measurement unit to build barcode-equivalent observations. Based on the retailer and household data, we built two independent measures of prices that proved to be very closely correlated. In addition, the surveys included measures of consumers’ self-reported shopping experiences, which we used to measure quality.

Theoretical models of imperfect competition make various predictions about the competitive effects of market entry. Firms with market power may exploit their position to reduce quality, just as they may raise prices (Tirole 1988). In most models, the entry of new competitors leads to price reductions by putting more competitive pressure on market incumbents. This is a prediction of standard imperfect-competition models, such as differentiated-product Bertrand competition and spatial-competition models, as well as of many models with equilibrium price dispersion, such as that of Reinganum (1979). By contrast, the effect of competition on quality has been less clear-cut across the various models. Ultimately though, it appears that the effect that competition has on quality depends on the extent to which consumers perceive and value quality.

Market entry led to reductions in prices ranging from 2-6%, and to a statistically significant improvement in self-reported service quality. Owing to the increased competition that they faced, stores did not change the varieties or brands of the goods that they sold, and so our point estimates do not change significantly when we restrict the estimation sample to the set of stores and goods that sold products with the same barcodes before and after treatment. We also find that prices dropped more in areas where the number of entrants was larger. Competition seems to have driven part of the clientele away from incumbent retailers, since the entry of new stores increased the probability that consumers would switch to an entrant retailer.

Relative to the existing literature, we show that entry of small retailers causes price effects of similar magnitudes as those observed when entrants are large retail chains. The existing literature indicates that objective measures of quality (e.g. reduced product shortfalls) improved after entry. Our paper shows that consumers perceive that quality improves. As in Bresnahan and Reiss (1991), we show that competition is effective even when there are as many as four to five incumbent retailers already operating in the market.

Relying on a field experiment, we studied the effects of market entry on prices and quality. We found a significant and very robust reduction in prices, ranging from 2-6%, because of the increase in competition, and some evidence that quality of the service provided to consumers improved six months after the intervention. We find these results to be economically large.

Our paper also contributes to the public finance literature by presenting experimental evidence which suggests that governments that choose to outsource the delivery of services to the private sector, can use competition to achieve lower prices without scarifying quality. In our setting, competition also matters for incidence. The benefits of social programmes that subsidise consumers (via monetary or in-kind transfers), can potentially leak into the profits of the private providers that are serving them, if the supply side does not operate in a competitive environment. Our findings indicate that introducing competition, whenever possible, provides an effective means of avoiding rent capture by suppliers.