Collective reputation in trade: Evidence from the Chinese dairy industry 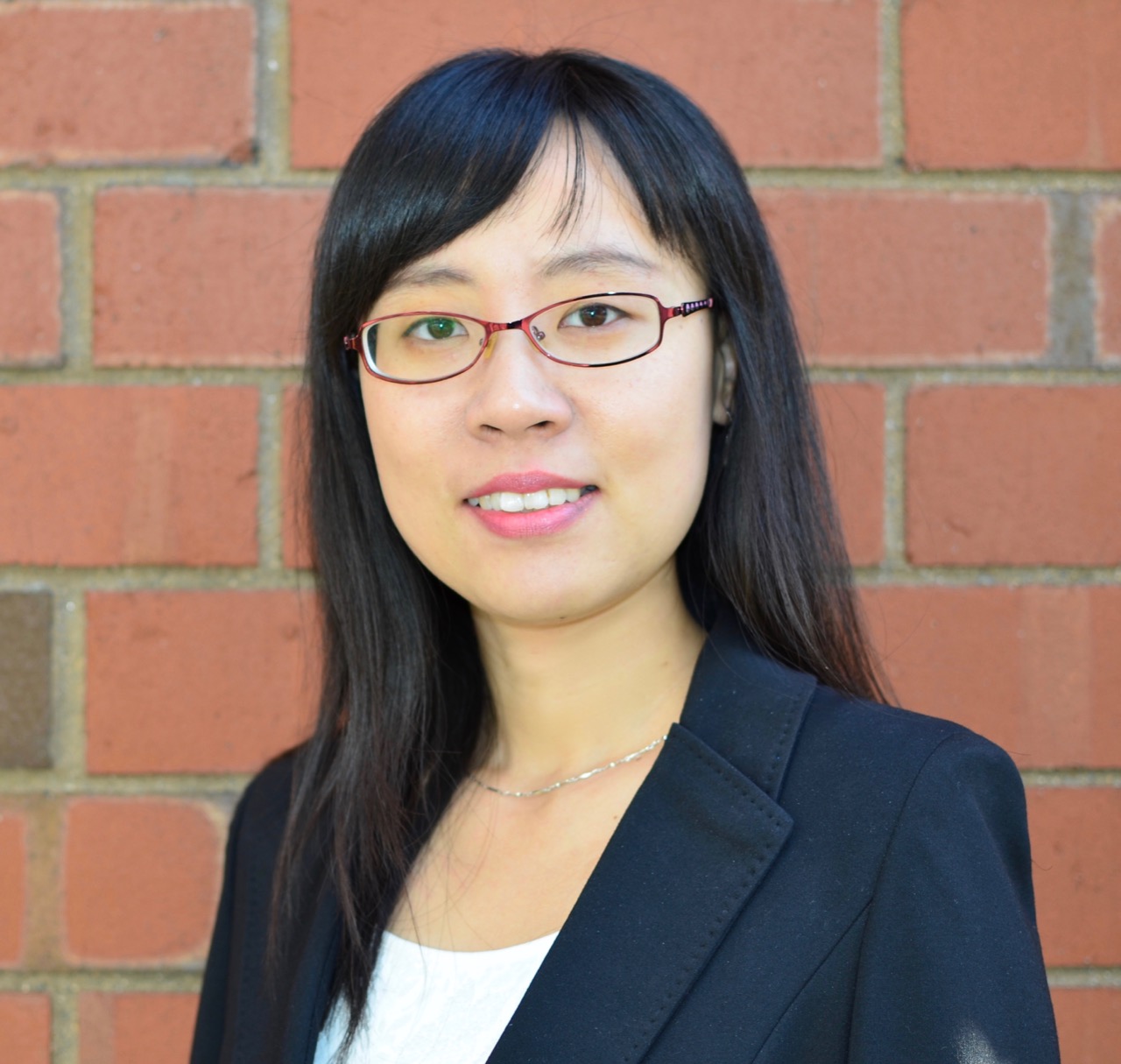 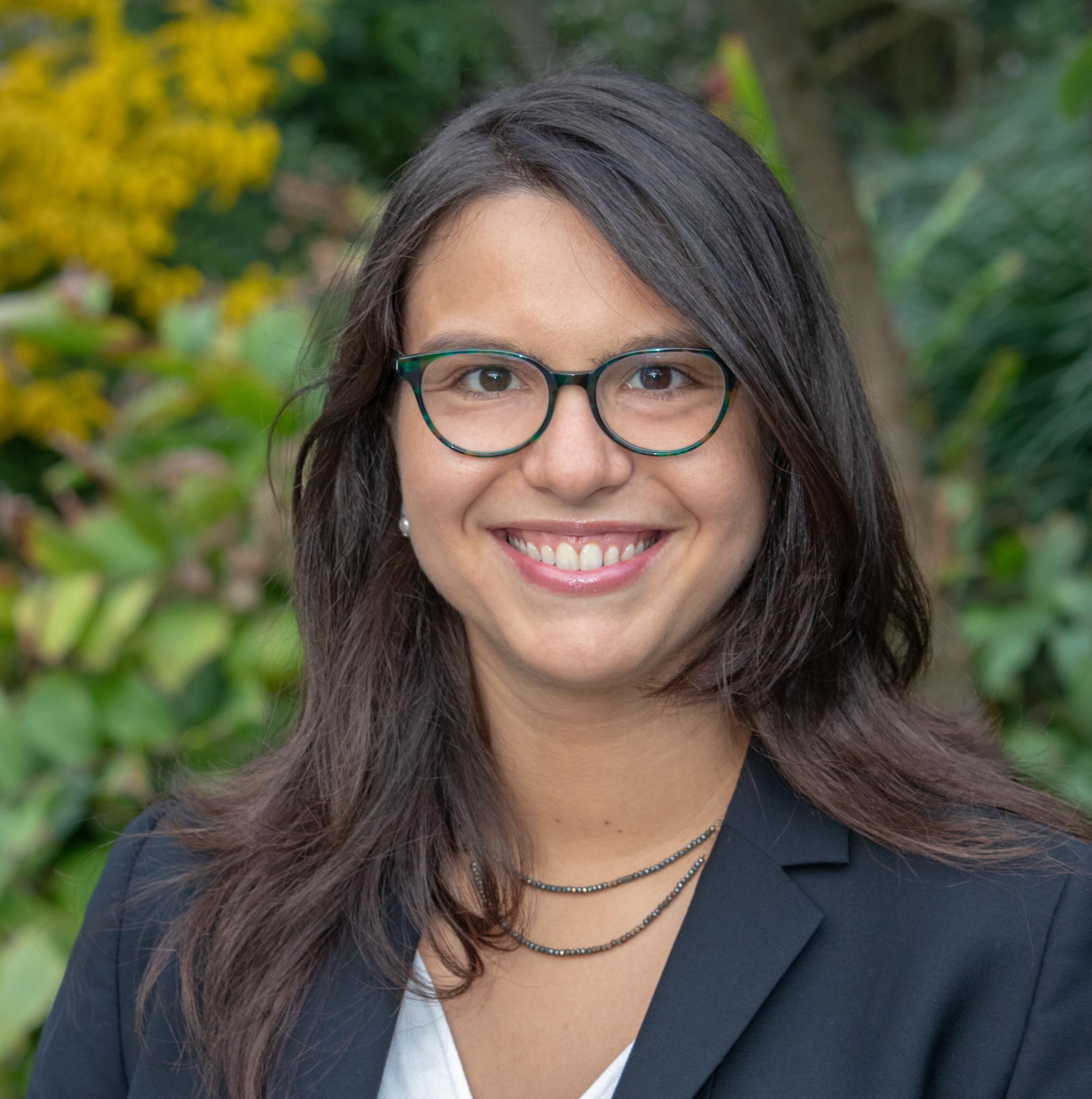 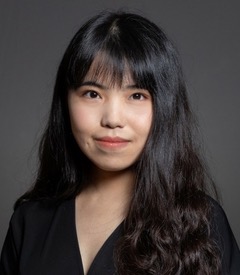 In international markets, producers’ goods from the same origin country are often viewed as a group – for example, Swiss watches, French wines, or ‘Made in China’ products. Hence, quality shocks related to one firm’s products could affect the demand of other firms producing the same good from the same country. The existence of collective reputation implies an important externality (Tirole 1996).

For firms in developing countries, which are mostly positioned at the lower end of the value-added chain and export mainly non-branded products, a long international supply chain can make it particularly difficult to trace products to an individual producer. As a result, collective reputation becomes especially important in determining firms’ export performance. Rising safety and quality concerns regarding goods from developing countries, as have been seen in recent years, can significantly hinder such firms’ efforts to sell in high-end markets. Therefore, understanding how collective reputation spreads within an industry or a geographic area is important for informing trade and development policies.

In Bai, Gazze, and Wang (2021), we study two empirical questions: First, how important is collective reputation in the context of international trade? Second, what are the potential mechanisms that mediate its effects?

To answer these questions, we exploit a major quality scandal that affected the Chinese dairy industry in 2008. Prior to the scandal, the industry was dominated by a large number of small and non-established players that exhibited rapid growth in the export market  (Figure 1). In September 2008, baby formula produced by a major Chinese dairy firm, Sanlu Group, was found to be contaminated with melamine. Melamine was later also discovered in other dairy-related products (yogurt, milk, cheese, cake, etc.) and products made by other Chinese dairy firms.

Melamine, commonly used in the manufacture of plastics, has been linked to an increased risk of kidney stones (Hau et al. 2009). The incident led to the deaths of four infants, 51,900 hospitalisations of children, and the nationwide recall of 700 tonnes of milk powder. Further investigations revealed that the adulteration stemmed from malpractices of some upstream milk producers. Following the outbreak, the Chinese government conducted three rounds of quality inspections of major dairy products. 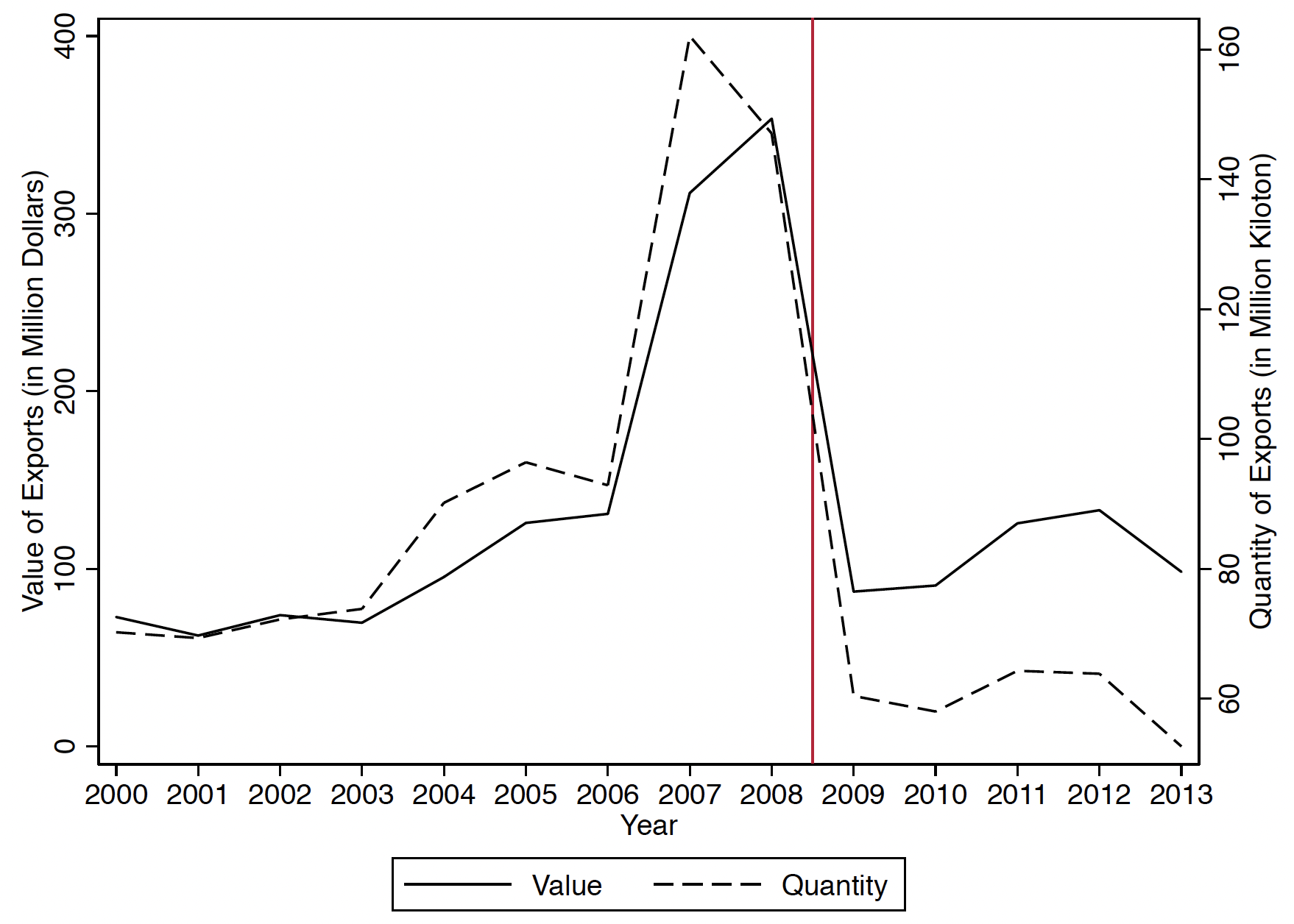 Notes: The pink line marks the 2008 quality scandal. In the five years following this event, the value of exports has remained more than 60% lower than in 2007-08, and the quantity has declined to much below even 2003 levels.

Using administrative data on quality inspections conducted by the Chinese government following the scandal, we identify the firms and the products at each firm that failed inspections (contaminated product-firm pairs), and those products and firms for which no contamination was detected.  We merge the official inspection lists with Chinese Customs data at the firm-product level and Manufacturing Survey data at the firm level to examine the direct effects of the scandal, both on contaminated product-firm pairs and on other products within the firms with contamination (within-firm spillovers) as well as the effects on firms with no contamination or which were not inspected (cross-firm spillovers).

The scandal had a large impact on the overall export performance of the entire dairy sector in China, thus providing an ideal setting for studying within-sector spillovers. Using a difference-in-differences framework, we find that the average value of dairy exports plummeted by 68% following the scandal and failed to recover even after five years. This estimate captures both the direct impact on firms with contaminated products and the spillovers to other firms and products.

Decomposing the direct versus indirect impacts, we estimate an aggregate spillover effect of 57%, about four-fifths of the total effect size. In other words, much of the decline reflects lower exports of goods that were not found to be contaminated, including goods made by firms that were not found to be selling contaminated items at all. To the extent that products by different dairy firms are imperfect substitutes, the estimates provide a lower bound on the collective reputation effect.

We leverage our detailed micro data on export activities and inspection outcomes at the firm-product level to investigate how the spillover effects are distributed across different firms and products. Our results suggest that contaminated firms saw a drop of 84% in export revenue after the scandal relative to the national industrial trend. These firms were also 14.2% less likely to export following the scandal.

Furthermore, we find that both firms verified to be free of contamination and uninspected firms experienced an equally significant decline in export revenue of about 64% of the decline suffered by directly affected firms. Altogether, these findings point to large reputation spillovers and highlight the potential challenges of government actions to help firms signal quality and restore trust.

Reputational effects correlate with quality of information available to consumers

We investigate potential mechanisms that may underlie the observed spillover effects. Since a firm’s reputation is essentially constituted by buyers’ beliefs and perceptions, how consumers gather information is crucial to reputation externalities.

How governments and firms can rebuild trust

Understanding the mechanisms of transmission of reputation spillovers can help firms themselves respond to a collective reputation crisis. Many Chinese dairy firms tried to restore consumer trust by vertically integrating with upstream farms. One rationale for vertical integration is the ability to enforce stronger quality controls (Hansman et al. 2020). An equally important rationale is to credibly and effectively signal quality, so that a firm is better shielded from wrongdoing by other firms’ suppliers.

Bai, J, LGazze and Y Wang (2021), "Collective reputation in trade: Evidence from the Chinese dairy industry", The Review of Economics and Statistics.

Tirole, J (1996) "A theory of collective reputations (with applications to the persistence of corruption and to firm quality)", The Review of Economic Studies 63(1): 1-22.