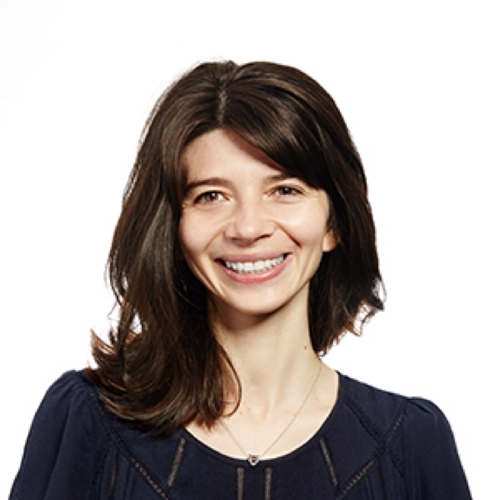 The world today exhibits dramatic differences in economic well-being. The richest countries in the world are over 42 times wealthier than the poorest. Over the last half decade, many initiatives have been developed to try to close this gap. While foreign aid – whether it be food aid, economic aid, or military aid – is still a dominant mechanism, in recent years certification schemes such as Fair Trade have grown in popularity. Fair Trade aims to offer better prices, decent working conditions, local sustainability, and fair terms of trade for farmers and workers in the developing world. Evidence suggests that consumers are willing to pay more for Fair Trade products under the presumption that the extra amount paid goes towards helping raise the incomes of the producers who are from developing countries (Hainmueller et al. 2015). However, this presumption raises the natural question that is in the back of the mind of many consumers who are paying more for Fair Trade products – does Fair Trade work? In particular, how much of the extra that is paid for Fair Trade products actually reaches the producers? Does it really reach the poorest of the poor? What are the spillover benefits, if any, to others in the local communities?

Fair Trade certification aims to offer consumers the opportunity to help lift producers in developing countries out of poverty. The certification is comprised of two primary mechanisms:

The appeal of Fair Trade is reflected in the impressive growth of Fair Trade-certified imports over the past two decades (Fairtrade International 2014). Despite this rapid growth and the pervasiveness of Fair Trade products, causal evidence of the effects of Fair Trade certification remains scarce (Dragusanu et al. 2014).

The existing evidence on the effects of Fair Trade tends to find benefits, although estimates are mixed. The lack of a consensus in the existing literature is most likely due to the fact that the vast majority of estimates are from moderately sized cross-sectional comparisons. A number of studies have documented that Fair Trade-certified producers receive higher prices for their products. For example, this is found in Mendez et al. (2010), who study 469 households from 18 different cooperatives in four Latin American countries; Bacon (2005), who examines 228 coffee farmers from Nicaragua; as well as in Weber (2011), who surveys 845 farmers from Southern Mexico. A number of studies have used matching techniques to obtain more credible causal estimates from cross-sectional data, including Beuchelt and Zeller (2011), who examine 327 farmers in Nicaragua, and find a positive association between certification and prices. By contrast, the studies by Ruben and Fort (2009) and Ruben and Fort (2012), using the same sample of 360 farmers from six coffee cooperatives in Peru, find no significant relationship between certification and prices.

Our recent study by attempts to contribute to a deeper understanding of the effects of Fair Trade by studying coffee mills in Costa Rica, observed annually from 1999 to 2014 (Dragusanu and Nunn 2018). Rather than relying on cross-sectional comparisons, our analysis provides estimates based on changes over time.

We also examine the effects of Fair Trade on household incomes, and find evidence of direct positive effects of Fair Trade on the incomes of those working in the coffee sector. We also find evidence of sizable positive spillovers to those not employed in the coffee sector, living in regions with Fair Trade production. Although the spillover effects are smaller in magnitude than the direct effects, they are still sizable.

However, we also find significant heterogeneity in the effects on those working within the coffee sector. The benefits of Fair Trade are concentrated among farm owners and skilled coffee growers, who account for 43.5% of those employed in the coffee sector. Unskilled workers, who comprise 49.8% of those in the sector, do not receive any additional benefits (beyond the spillover benefits felt by all). Those working in non-farm occupations (e.g. intermediaries and others who are responsible for transportation, storage, and sales), who account for 6.7% of those in coffee, are hurt significantly by Fair Trade. Since non-farm workers (e.g. intermediaries) have incomes that are approximately 50% higher than the skilled farmers, a consequence of Fair Trade is that it decreases income inequality within the coffee sector by transferring rents from intermediaries to farmers, which is one of the stated goals of the initiative.

Motivated by the fact that within Costa Rica cooperatives commonly use Fair Trade premiums to build schools, purchase supplies, and provide scholarships, we also examine the effect of Fair Trade certification on education (as measured by the enrollment of school-aged children). We find that Fair Trade certification is associated with greater enrollment in high school. This is found both for children whose parents work within coffee and those whose parents do not.

Returning to the fundamental question of whether Fair Trade works, we find that the answer is not straightforward. The prices of coffee sold by Fair Trade-certified producers are higher when the Fair Trade price floor binds. This appears to increase the incomes of farm owners and skilled workers, but has no effect on hired unskilled workers, who earn the lowest income. Fair Trade also decreases the incomes of intermediaries and their employees, who comprise the richest group. Thus, it appears to shift incomes from the intermediaries towards the farmers, which is one of the initiatives intended goals. Finally, there is evidence that Fair Trade provides positive income and education spillovers to the local communities. Whether these effects (at least based on the case of Costa Rica) are worth the extra costs for Fair Trade-certified coffee is a question that consumers will have to consider when in their local stores and coffee shops. Our hope is that the evidence provided here contributes to a more informed and better understanding of the effects of Fair Trade.