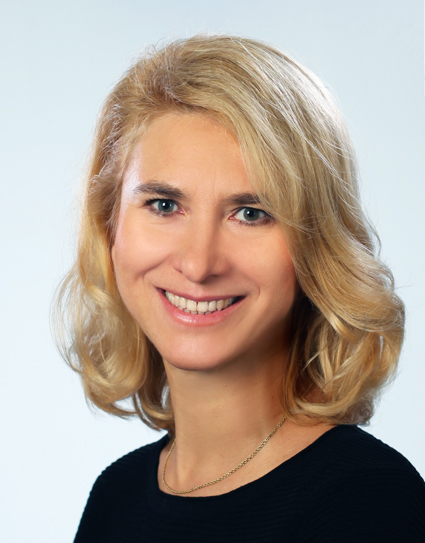 Policymakers in developing countries often clash over the impact of foreign direct investment, but what does the existing literature tell us?

Although global flows of foreign direct investment (FDI) have not fully recovered since the 2008 financial crisis, flows to developing countries have continued to register a very modest growth. But what are the impacts of FDI inflows on the recipient developing economies? FDI can act as a mechanism for bringing in crucial capital to developing countries, but may also mean repatriation of profits abroad. This has divided policymakers and economists alike. This column provides a much needed review of the existing evidence in the form of eight messages that can be useful to policymakers and development professionals.

Message one: Multinational firms are producers of knowledge

Undertaking FDI is costly because it requires setting up new productive facilities. Therefore, only the most productive firms (Helpman et al. 2004), or firms that possess ‘ownership advantages’, are able to successfully compete in foreign markets (Dunning 1988). These ownership advantages can take the form of new technologies, know-how or management techniques, as well as well-established brand names.

The data confirm that multinationals are heavily involved in creating new knowledge through engaging in research and development (R&D) activities. In 1995, more than 80% of global royalty payments for international transfers of technology were made from foreign subsidiaries to their parent firms (UNCTAD 1997). In 2018, the top 100 global companies invested more than $350 billion in R&D, representing over a third of business-funded R&D worldwide (UNCTAD 2019).

Going one step further, the existing evidence suggests that multinational firms transfer this knowledge overseas. We see this in the form of improved firm performance. In a 2009 paper, Jens Matthias Arnold and I use Indonesian Manufacturing Census data to compare the performance of acquired plants with similar domestic plants operating in the same industry in the same year, over the period 1983-2001, where similarity is established in the pre-acquisition period (Arnold and Javorcik 2009). We find that a change from domestic to foreign ownership leads to improved plant productivity, reaching a 13.5% increase in the third year under foreign ownership. These productivity improvements take place alongside increases in machinery and equipment investment, employment, average wages, and output, suggesting an ongoing restructuring process. Acquired plants therefore receive technology transfers through machinery and equipment, as well as imported inputs. We also find that foreign privatisations result in better firm performance than domestic privatisations, which suggests that these beneficial effects are due to foreign ownership rather than an ownership change in general.

These conclusions are confirmed by Chen (2011), who uses data from the US from 1979-2006, finding that acquisitions by firms from industrialised countries lead to 13% higher labour productivity growth in the target firms three years later compared to acquisitions by domestic firms. Foreign ownership tends to increase employment and sales as well.

Moreover, foreign acquisitions can also benefit consumers. For instance, Bircan’s (2019) study on Turkish plants during 1991-2001 shows that following a foreign acquisition, there is a 13% improvement in physical productivity, which is accompanied by a 4% drop in real output prices. Firms’ post-acquisition mark-ups are only slightly higher, suggesting that customers also benefit from the cost-savings associated with greater physical productivity.

Is the positive effect of foreign ownership on firm performance due to a one-time knowledge transfer or does it rely on continuous injections of knowledge? Answering this question is crucial for designing investment promotion policies, as it determines how the benefits of FDI evolve over a foreign affiliate’s lifetime.

To shed light on this question, in a 2017 paper Steven Poelhekke  and I focus on divestments (foreign affiliates that are sold to local owners) and compare their performance to a carefully chosen group of plants that continue operating under foreign ownership (Javorcik and Poelhekke 2017). We find that divestment is associated with a decline in output, mark-ups, and export and import intensity. Non-exporting foreign affiliates that are divested show similar patterns, suggesting that the loss of export markets cannot entirely explain this worsened performance. These findings are consistent with the benefits of foreign ownership being driven by continuous supply of headquarter services from the foreign parent.

Countries receiving FDI inflows hope to benefit from knowledge spillovers, which take place when knowledge created by a multinational enterprise is used by an indigenous firm without (full) compensation. There is a very vast literature on this subject. While there is no consensus on the intra-industry effects of FDI, there appear to exist positive inter-industry effects as confirmed by evidence from multiple countries (e.g. Javorcik 2004, Blalock and Gertler 2008, Liu 2008, Du et al. 2011).

Targets of foreign acquisitions become integrated in global value chains, which increases their export intensity and reliance on imported inputs. The presence of foreign affiliates also boosts the exports of local producers through knowledge spillovers about export markets. The impact of FDI inflows can be so large that it is visible at the aggregate level. Export superstars drive exports in novel sectors in developing countries. Often it is just a handful of firms, most frequently foreign multinationals, that fundamentally restructure sectorial export patterns (Freund and Pierola 2015, 2016).

This conclusion is consistent with the findings of a cross-country analysis of sector-specific FDI promotion efforts, undertaken by national investment promotion agencies in 77 developing countries during 1984-2006 (Harding et al. 2019). Torfinn Harding, Daniela Maggioni and I find that products belonging to sectors targeted by investment promotion efforts experience an increase in the volume of exports and revealed comparative advantage.

Multinational presence also positively affects the quality of exports, as Matej Bajgar and I document in Bajgar and Javorcik (forthcoming) using customs data from Romania and firm-level information for 2005-2011. We find a positive relationship between the quality of products exported by Romanian firms and the presence of multinational enterprises in the input-supplying industries.

A large number of empirical studies find that foreign affiliates pay higher wages relative to domestic firms in developing countries. The wage differential between domestic and foreign-owned firms ranges from about 10-70% depending on the country considered (see the studies cited by Heyman et al. 2007).

From the worker’s perspective, employment in a foreign affiliate may be more rewarding than employment in a local firm if it offers more opportunities for training and professional development. The existing evidence supports this view. Filer et al. (1995) find that foreign-owned firms in the Czech Republic spend 4.6 times more than domestic firms on hiring and training, and a study on Malaysia also shows that foreign-owned firms provide more training to their workers than domestic enterprises (World Bank 1997).

In a recent paper with Arlan Brucal and Inessa Love (Brucal et al. 2019), my co-authors and I focus on the link between foreign ownership and energy intensity. Our analysis of 210 acquisition cases in Indonesia over the period 1983-2001 suggests that while foreign ownership increases the overall energy usage due to the expansion of output, it decreases both energy and carbon intensity. Specifically, acquired plants reduce energy intensity by about 30% two years after acquisition, relative to the control group of non-acquired plants. Importantly, they show that at the aggregate level, entry of foreign-owned plants is associated with an industry-wide reduction in energy intensity.

Multinationals are heavily involved in creating new knowledge by engaging in R&D activities. They transfer this knowledge to domestic firms they acquire, which can result in cost savings and improvements in product quality. This benefits both the acquired firms and consumers. Foreign ownership can also increase target firms’ exports, output, employment, and wages. These benefits of foreign ownership are driven by a continuous supply of headquarter services from the foreign parent, rather than a one-off knowledge transfer. Compared to domestic firms, foreign affiliates generally pay higher wages, spend more on worker training, and implement better environmental management systems.

Therefore, the existing evidence suggests that promoting FDI can be an important tool in achieving development objectives. Indeed, investment promotion activities are a cost-effective way of attracting FDI to developing countries, especially in settings where obtaining information and complying with bureaucratic requirements is more difficult.

Editor’s note: The article is based on this PEDL research.

Bajgar, M and B Javorcik (forthcoming), “Climbing the rungs of the quality ladder: FDI and domestic exporters in Romania”, The Economic Journal.

Brucal, A, B Javorcik and I Love (2019), “Good for the environment, good for business: Foreign acquisitions and energy intensity", Journal of International Economics 121.

Chen, W (2011), “The effect of investor origin on firm performance: Domestic and foreign direct investment in the US”, Journal of International Economics 83(2): 219-228.

Dunning, J (1988), “The eclectic paradigm of international production: A restatement and some possible extensions”, Journal of International Business Studies 19(1): 1-31.