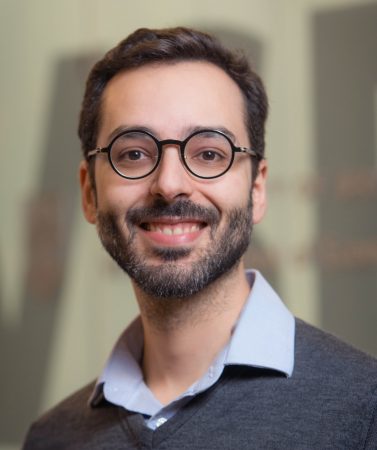 Pressure to share income with relatives, acting as a ‘kinship tax’, can discourage productive activity by impeding firm growth

Poor communities often engage in a remarkable amount of resource-sharing. These communal arrangements provide critical insurance to people with limited access to private financial markets, and little direct support from the state (Townsend 1994, Ferrara 2003, Witoelar 2013). Less studied, however, is the impact this system of mutual support has on productive incentives.

"I sell second-hand clothes without anyone knowing, far from home. I hide from my friends because I believe not all friends will be happy with my success, and from family to create a picture that I have no money, for them to work hard for their own money. My previous business, a street-side restaurant, failed due to my in-laws using me for money, yet I wanted to expand it."
40-year-old woman, Nairobi

Pressure to share income, often coming from extended family, can lead to a ‘kinship tax’ which discourages effort, investment, and savings. Knowing additional income will be shared with others, some people may reduce or distort their economic activities. Does this pressure to share income have substantial aggregate economic costs?

The first step is knowing how much pressure people face to share their income. Knowing what share of income someone gives to others is insufficient to answer this question, in part because people likely differ in how much they value these transfers. Some may give willingly out of altruism, or to gain social status. This type of data also cannot identify potentially productive people who, anticipating having to share with their relatives, choose not to invest in their business and therefore do not end up making many transfers.

The first real breakthrough in addressing this challenge was in Jakiela and Ozier (2016), where participants could pay to hide income from the rest of their community. This choice is closely connected to the idea of kinship taxation, as it focuses precisely on the distortionary, non-internalised effect of transfer obligations.

In a new paper (Squires 2018), I elicit willingness-to-pay (WTP) to hide income in order to measure whether participants are willing to take costly action in response to kinship taxation. I show that this measure reveals the marginal kinship tax rate a person faces, and that this is the relevant parameter to study the potential economic costs.

WTP to hide income as a measure of kinship tax rates:

Existing studies have illustrated inefficient behaviour that seems to result from kinship taxation. For example, Baland et al. (2011) document the practice of taking costly and unnecessary loans as a means of deflecting requests from kin. (See also Di Falco and Bulte 2011, Wantchekon et al. 2014, and Goldberg 2017.) However, comparing the output of people who face kinship taxation to those who do not is problematic if pressure to share income is a function of productive ability. Moreover, it is hard to conceive of an experiment that changes kinship tax rates and nothing else.

To estimate the cost of kinship taxation, in Squires (2018)I start by fitting a simple structural model with firm-level data from the entrepreneurs in my sample. I then combine this with the kinship tax rates these entrepreneurs revealed through their decision of whether to pay to hide income in order to estimate how investment would change in the absence of this pressure to share income.

High marginal kinship tax rates, but only for a minority

A total of 1,805 rural Kenyan participants were asked to choose whether they prefer $5 ‘in public’ (announced to members of their community) or a smaller amount of money ‘in secret.’ The lowest amount they were willing to accept in secret reveals their marginal kinship tax rate. A fifth of women and a third of men in my sample were willing to pay to hide income. Most of these people had a marginal kinship tax rate of 70% or higher. Who are in this minority of people facing these high rates?

Who? Educated men who own a business

Marginal kinship tax rates in my sample were highest for those with more schooling, higher cognitive ability, and for entrepreneurs. That tax rates seem to increase with ability suggests disproportionately high efficiency costs.

The effect of family and household characteristics is less clear. Marginal rates are higher for those with more siblings and with more children living in the household. They do not vary by marital status, and are higher for men than for women, which suggests variation in tax rates is driven by outside demands rather than differences in household bargaining power.

Marginal kinship tax rates can be measured quickly and easily

Participants were also asked a simple, unincentivised question as to whether they would prefer to pay to hide income. Slightlyfewer people expressed a willingness to do so than when there was real money at play, perhaps signaling reluctance by some to reveal they would hide from their kin. However, this unincentivised measure correlates highly with the lab measure, and could be added at little cost to other surveys and experiments to identify which people are likely to distort their productive activities due to kinship taxation.

Kinship taxation does not explain gender differences in investment

Previous studies have found that cash grants increase the capital stock of male-owned firms more than those owned by women (De Mel et al. 2009, Fafchamps et al. 2014). I find results that are consistent with this, and show that this pattern is not due to kinship taxation. Female entrepreneurs have substantially lower kinship tax rates than their male counterparts. Further, men who face kinship taxation invest less than those who do not, while for women this makes no difference.

A simple model of misallocation, fitted to data from the firms in my sample, suggests that if none of the firm owners faced kinship taxation, aggregate productivity would be 26% higher. This is because capital and labour would shift to high-productivity firms that are kept inefficiently small because of kinship tax pressure.

... more than from credit constraints…

The model I use to interpret firm outcomes can also speak to the extent of credit constraints among firms and lets me estimate the gains from relaxing these. I find that the aggregate productivity gain of removing kinship taxation in my sample is greater than from relaxing credit constraints. This provides a useful benchmark in thinking of the size and importance of kinship taxation in this setting.

... and leads to smaller but more equal firms

If the costs are so large, should we look for interventions that allow people to reduce how much they share? Even if it were feasible, reducing the amount of income-sharing may leave these communities worse off than they are. While kinship taxes reduce productivity and output, they are part of the informal insurance and redistribution arrangements that allow them to cope with uncertain incomes in the absence of state help. Indeed, results from a model that incorporates informal insurance suggests that the value of this insurance outweighs the efficiency costs of kinship taxation.

We should expect, then, that kinship taxation is unlikely to disappear soon. Understanding its effects and the specific distortions it leads to has important consequences for savings rates and firm growth in developing countries.

Goldberg, J (2017), “The effect of social pressure on expenditures in Malawi,” Working Paper.