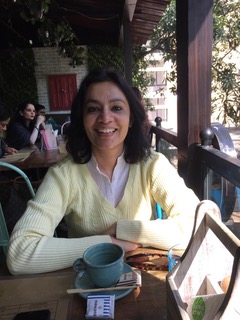 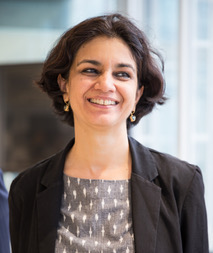 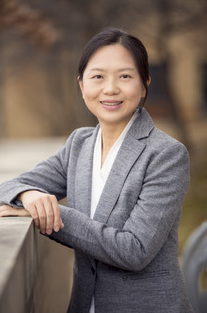 Social networks are strong across the world, but particularly in developing countries. This makes the relationship between social connections and productivity key to the development process (Munshi 2014). Social ties among co-workers are particularly relevant when workers are organised in groups, such as an assembly line,and when firms are concerned with group rather than individual output. In such a setting if workers expect co-workers to shirk, then their own incentives to shirk increase, leading to the entire team working inefficiently.

In a study of factories in the garment industry in India, we find that average team productivity can vary by almost 30 percentage points between the least and most productive teams (Afridi et al. 2020b). This difference even extends to lines in the same manufacturing plant, as highlighted in Figures 1a and 1b below. Across different lines in the same plant, Figure 1a shows the performance of the least productive worker and Figure 1b the average worker. 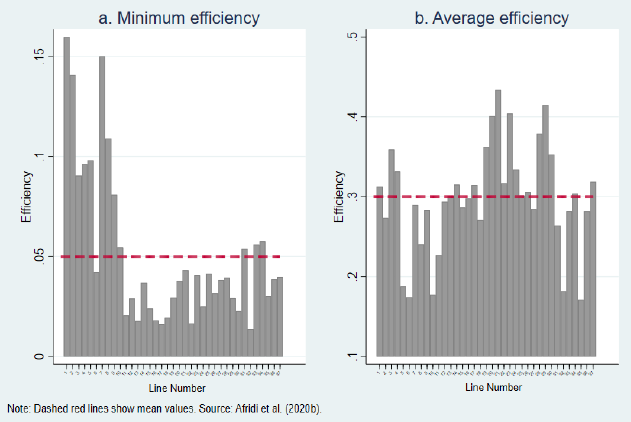 Caste composition and productivity of lines

Such large variations within lines imply a huge gap between the production frontier and actual production. Fascinatingly, we find that the caste-based network strength of a line is strongly linked to line productivity (Afridi et al. 2020b). Figure 2a shows that average worker productivity increases with the proportion of one’s own caste. Meanwhile, the average line productivity correlates positively with caste homogeneity, as shown in Figure 2b. 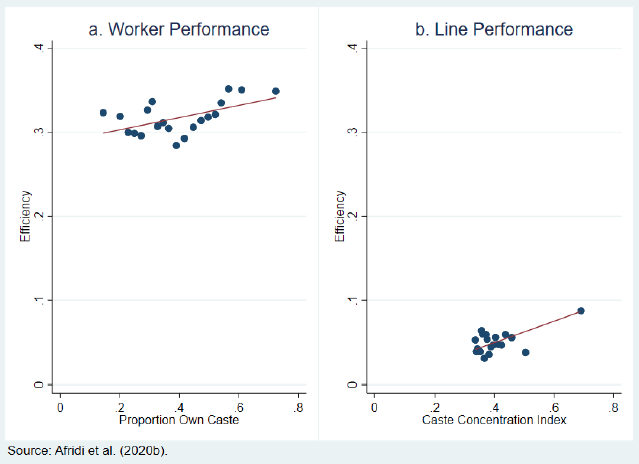 These stylised facts motivated our lab in the field experiment (Afridi et al. 2020a). We used caste and residential segregation in India as determinants of workers’ social connections with co-workers. Using this information, we then investigated individual and group performance in a coordination task. The subjects of our experiment were garment factory workers, with at least primary education, in India’s National Capital Region garment factory hub.

We classified subjects on two dimensions to proxy for social networks:

The experimental task involved subjects independently stringing beads on wires of a specific length in their private workstations partitioned by opaque curtains. To capture purely the effect of beliefs about other workers in the team, neither communication amongst subjects nor information on the productivity of subjects, was made public at any time. This design also conforms to the actual factory assembly line setting where workers have low probability of coordinating effort and output level through verbal communications or physical interactions.

The beaded strings of four different colours by the four subjects were combined to make bracelets at the end of the experiment. Each bracelet, the team product, consisted of four strings of four colours, each string made by a subject. The minimum number of strings (of a colour) produced would determine the number of bracelets per team and therefore the team’s output (see Figure 3 for a completed bracelet). By experimental design, therefore, group productivity was determined by the least productive worker of the team, a simplified assembly line. 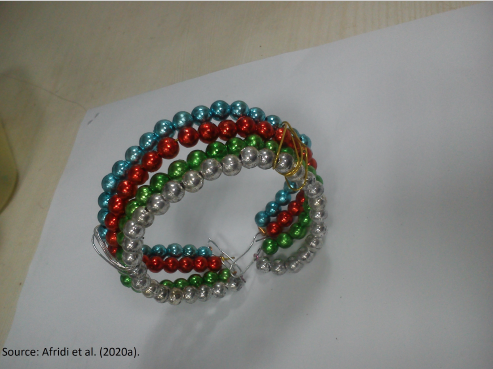 All the payoffs were based on the team output – i.e. the number of bracelets. Every subject received 100 INR per completed bracelet. For instance, if five red, six green, four blue, and eight silver strings were produced in a session, the team’s output would be four bracelets and the payoff would be 400 INR for each subject.

We find that subjects respond positively to being with co-workers with whom they have social connections. Being in a socially connected group leads to 18% higher group output, but individual output increases insignificantly relative to the unconnected. Furthermore, there is a 30-39% decline in wasted individual output and dispersion in within-group individual output vis-a-vis an unconnected group (Figure 4). Our findings therefore suggest that stronger social connections among co-workers can enhance coordination when incentives are group based. 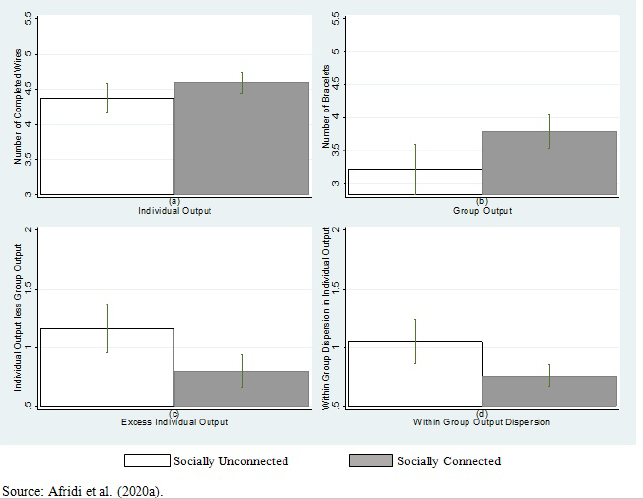 Our results can plausibly be explained by pro-social behaviour driven by trust – workers who belong to the same network are more altruistic (Basu 2010, Chen and Chen 2011).

When workers know that their co-workers have pro-social preferences, they believe that others are going to put in high effort when it helps the team. As a result, their own incentive to put in high effort increases. Our survey data from a census of workers employed in two garment factories in the catchment area of our experiment suggests greater trust between socially connected workers.

In this survey data, we do not observe significantly higher individual output in the connected groups.  When ability levels are heterogeneous, working harder may not help the team. Hence the worker who imposes a constraint on group output improves his effort, while the high ability put in effort that is just sufficient to match the low ability within the group.

Our findings indicate that management practices that create avenues for co-worker interactions can enhance group productivity, as long as individual payoffs are contingent on group outcome.

Our results also have implications for large assembly lines with limited scope for communication and emerging contemporary work practices such as O-Desk. In O-Desk settings, work is performed in online teams, with face to face interactions and scope for communication limited. In such settings, our results point to the increased productivity from team-based social incentives.

Afridi, F, A Dhillon and S Sharma (2020b), “The ties that bind us: Social networks and productivity in the factory,” CEPR Discussion Paper 14687.