Would developing countries be safer if governments listened to business owners more? 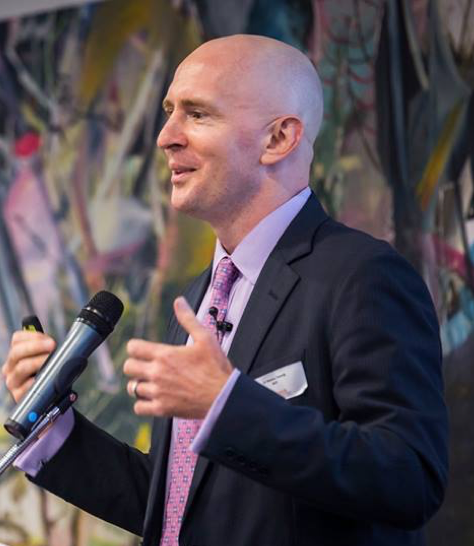 It is common for Hanoians to gather in karaoke clubs to share carefree laughs and belt out their favourite pop tunes with family or colleagues. However, in November 2016 Hanoi experienced its sixth karaoke club fire of the year. The blaze lasted five hours, killing 13 people and spreading to surrounding buildings and family homes. When police conducted a broader investigation, they found  that nearly 80% of the capital’s 988 karaoke clubs were in violation of basic fire safety requirements, including 30% that were missing emergency exits. Some may argue that karaoke clubs represent a special case, because of the seedy side businesses that connect them to organised crime. Yet, similar problems can be identified across a range of economic sectors in Vietnam. In September 2018, for instance, a 31-year-old mother was killed when a construction crane atop a seven-story building collapsed and dropped a giant metal bar, crushing her as she was driving her motorbike. As in the karaoke investigation, the construction firm was in clear violation of relevant government safety regulations.

High-profile cases like Rana Plaza in Bangladesh and the chemical explosion in Tianjin, China show that dangerous non-compliance is a salient issue across the developing world. The number and size of firms and the market opportunities they are chasing far exceed their respective governments’ corresponding regulatory capacities. The predictable downside of rapid economic development in these countries is a widening gap between the need and capacity for government business regulation.

Government corruption also plays a major role in shaping non-compliance. Many firms find it cheaper to pay a small bribe to a government regulator than invest in alterations to business operations. Further, many entrepreneurs also surmise that government is not a legitimate arbiter of right and wrong. A survey by the Vietnamese Chamber of Commerce and Industry indicates that 46% of firms in a representative sample agreed with the assertion that the primary purpose of business regulations is bribe extraction by local bureaucrats, rather than protection of the public. This is particularly harmful for new or under capacitated regulatory authorities. As these fledgling regulatory authorities are overwhelmed, communities lose faith in them and firms, in turn, feel less obliged to adhere to government constraints.

What can be done to increase compliance?

Solutions to widespread regulatory compliance in developing countries are difficult to come by.

One might imagine a laissez-faire approach, where workers and customers eventually gravitate toward the safest establishments and products. But the costs in the short and medium term are clearly too large to bear.

Greater enforcement is an obvious solution, but many of these countries already face severe capacity limitations. It is also possible that many companies are simply not aware of safety regulations, so communication campaigns about their responsibilities may be constructive.

Another potential solution has been offered by psychologist Tom Tyler, whose book, Why people obey the law, argues that people are more likely to accept a rule’s constraints if they are consulted during its making. Extending this logic, known in the social sciences as procedural justice, to firms suggests that business owners involved in regulatory drafting may come to view the law-making process as more legitimate and thereby feel a greater obligation to comply. In addition, the resulting legislation is also likely to be better tailored to local preferences. Building on this intuition, the World Bank’s World Development Report 2017: Governance and Law advocated for developing country governments to increase their consultation of the public in the regulatory design process as a critical policy pillar of building stronger institutions.

Consulting businesses while drafting regulations: Fox in the hen house?

Many people have an instinctively negative response to the idea of personalising big business (“Corporations are people, my friend!”). However, as is evident in the cases described above, most ordinary businesses are small or medium-sized enterprises (SMEs), with ownership that substantially overlaps with management and limited, if any, layers of middle management. In fact, in developing countries, even when there is middle management, these positions frequently go to friends and family due to limited trust of outsiders (Bloom et al. 2013). As a result, the person who represents a firm’s interests to government is likely to also be in position to directly influence that firm’s compliance culture.

Another reason people feel uncomfortable about business participation is the extensive academic theory and evidence showing that state capture and rent-seeking corporate political activity are widespread and harmful to the public interest (Hellman et al. 2000, Krueger 1974 and Hillman et al. 2004). However, typical developing country public-private collusion occurs at the elite level and, again, the vast majority of businesses are SMEs without limited privileged political access. As a result, broadening consultation to include input from a truly representative spectrum of all types of firms could benefit society by:

As in many countries, Vietnam requires drafts of all new legislation to be made available for a public comment period before being made law. However, this policy is rarely implemented and, even when it is, the manner in which drafts are posted on websites usually results in very few views and far fewer actual comments. To fill the gap, Vietnam’s Chamber of Commerce and Industry (VCCI) often steps in and comments on behalf of the business community.

Our study involved measuring the impact of a pilot VCCI initiative to invigorate Vietnam’s public comment period (Malesky and Taussig 2019). In particular, VCCI representatives went to businesses in Hanoi and ten surrounding provinces to collect feedback on a new draft regulation aiming to protect workers’ handling of hazardous chemicals.

VCCI agreed to randomly assign affected businesses to one of three experiences. A placebo group learned only about VCCI’s general efforts to assist SMEs. This was meant to account for the possibility that hosting a visit from VCCI representatives might itself influence a firm’s behaviour. A second group learned about the main new constraints that would be introduced by the new labour protection. This was meant to test whether participation simply teaches firms more about the regulation. Finally, the key third group was asked to give feedback on how they felt about these new constraints and how the draft might be improved to better achieve its public interest goals.

Business participation can increase business respect for the law

The bottom line is that participation appears to make firms more willing to see government as a legitimate authority on the limitations within which society expects them to operate. As such, our study provides evidence that broadening government consultation of the business community to include representatives of the full spectrum of firm types is a viable policy option that may increase regulatory compliance and, ultimately, make the world a safer place.

Amidst this promise, there are important qualifications for policymakers to consider.

Editors' note: This column is part of our series on labour rights.

Malesky, E and M Taussig (forthcoming), “How do Firms feel about Participation by their Peers in the Regulatory Design Process? An Online Survey Experiment testing the Substantive Change and Spillover Mechanisms,” Strategy Science.

Malesky, E and M Taussig (2017), “The Danger of Not Listening to Firms: Government Responsiveness and the Goal of Regulatory Compliance,” Academy of Management Journal 60(3).