Bride and prejudice: The price of education 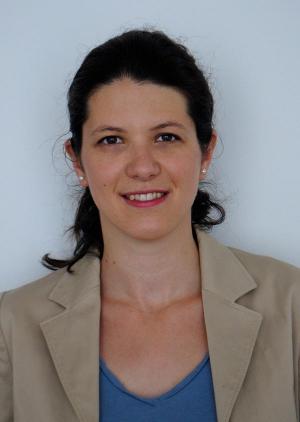 Without other subsidies, well-intentioned activism against bride price may cause more harm than good for investing in girls’ education.

Large-scale development policies are seldom tailored to the cultural context of specific countries.  However, in recent years, policy practitioners and researchers alike have begun to understand that development policies and cultural practices can interact in important ways. This insight has important implications both for choosing what policies to enact in different countries and for applying the estimated effects of a policy in one cultural context to another context (Allcott 2015).

Many activists view bride price as repugnant, akin to the buying and selling of women. There have even been calls to ban bride price. However, when we discussed bride price customs with parents in Zambia, we learned that parents often view bride price as a compensation for investments in their daughters and as a substitute for the old age support that daughters can no longer provide if they leave the household to marry.

In a working paper, we study one such case where the effectiveness of a large-scale development policy depended on cultural norms (Ashraf et al. 2016).  We revisit the Sekolah Dasar INPRES school construction programme, during which the Indonesian government built 61,000 primary schools between 1973 and 1978.  In an influential paper, Esther Duflo estimated the effects of this school construction on male education (Duflo 2001).  Duflo found that boys who were young enough to fully benefit from the programme received 0.12-0.19 more years of education for every additional school per 1,000 children.

For example, in focus groups, one of our respondents told us, “A girl child is business, and we all need money” and, “For girl children, you benefit from charging while with boys support comes from them when you are old.” Moreover, bride price negotiators know what factors increase bride prices.  In a focus group, one told us: “Lobola is up with level of education because the family knows that the husband and his household will be beneficiaries.” Conversations with these parents suggest that bride price increases with female education and that Zambian parents are very aware of this connection.  Indeed, in Zambia we find that completing primary education is associated with 22-37% higher bride prices and in Indonesia, completing primary school is associated with 43-66% higher bride prices.

If bride price increases with education and parents are aware of this fact, bride price may incentivise parents to invest more in their daughters’ education, since there will be higher returns to doing so. Therefore, parents of daughters in ethnic groups with bride price traditions may be more likely to take advantage of the new educational opportunities made available by school construction programmes.

This finding is not unique to Indonesia. We do a similar analysis in Zambia, estimating the effects of the more recent construction of 5,649 schools in the 1990s and early 2000s.  Even though Zambia and Indonesia are very different countries – Zambia is predominately Christian and Indonesia is predominately Muslim — our results are strikingly similar. The construction of primary schools increases primary enrollment for girls from ethnic groups with a bride price tradition but not for girls from other groups.

Our findings suggest that if policymakers want to choose effective policies for economic development, then they have to consider how these policies will interact with cultural traditions.  Bride price is not the only cultural tradition that could be important – dowry, inheritance customs, and the historical role of women in agriculture, among many others, may affect how individuals in low-income countries respond to different policies.

Our findings also suggest that policies like banning bride price could have unintended negative consequences.  While some activists may find bride price morally repugnant, bride price incentivises parents to educate their daughters.  In recent censuses, school-aged Indonesian girls from bride price ethnic groups were 4-6 percentage points more likely to be enrolled in school. So, in the absence of other subsidies for girls’ education, well-intentioned policies to discourage bride price could ultimately reduce female educational attainment.