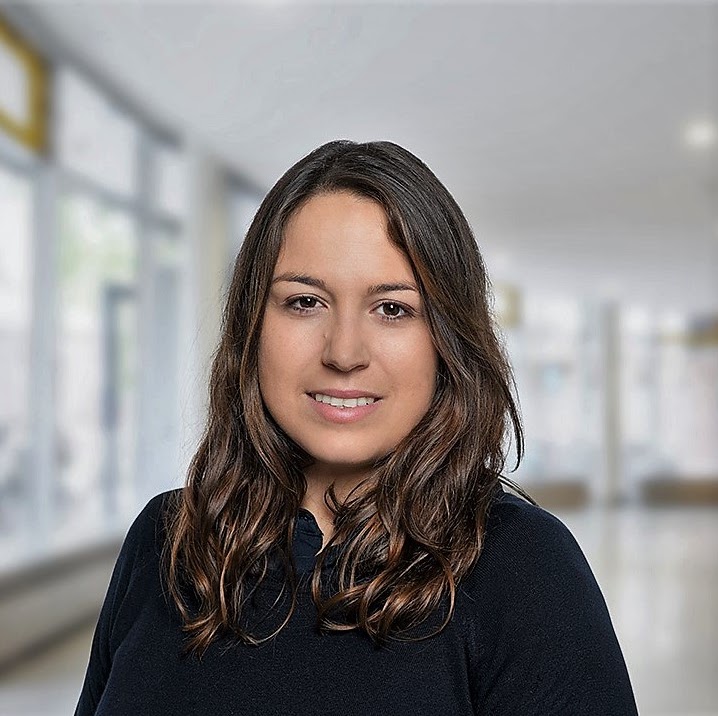 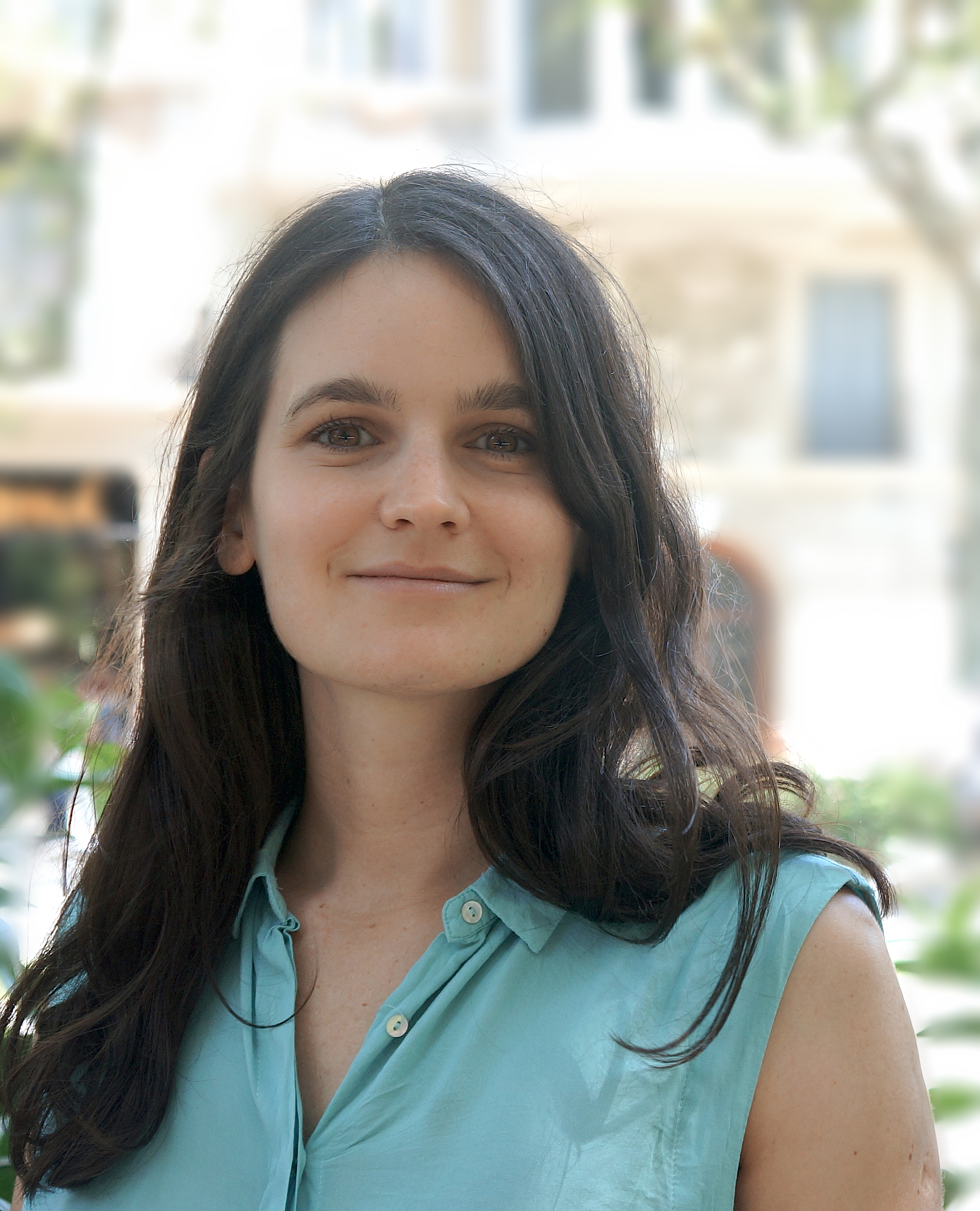 Approximately 650 million girls and women alive today were formally married or cohabiting as if married before the age of 18 (UNICEF 2018). Eradicating child marriage is a key component in the fight to reduce global poverty, as this practice has been seen to lead to lower educational attainment, early motherhood and higher fertility, higher infant mortality, and poorer health and educational outcomes for the children of child brides (Field and Ambrus 2008, Sekhri and Debnath 2014, Chari et al. 2017, García-Hombrados 2018). 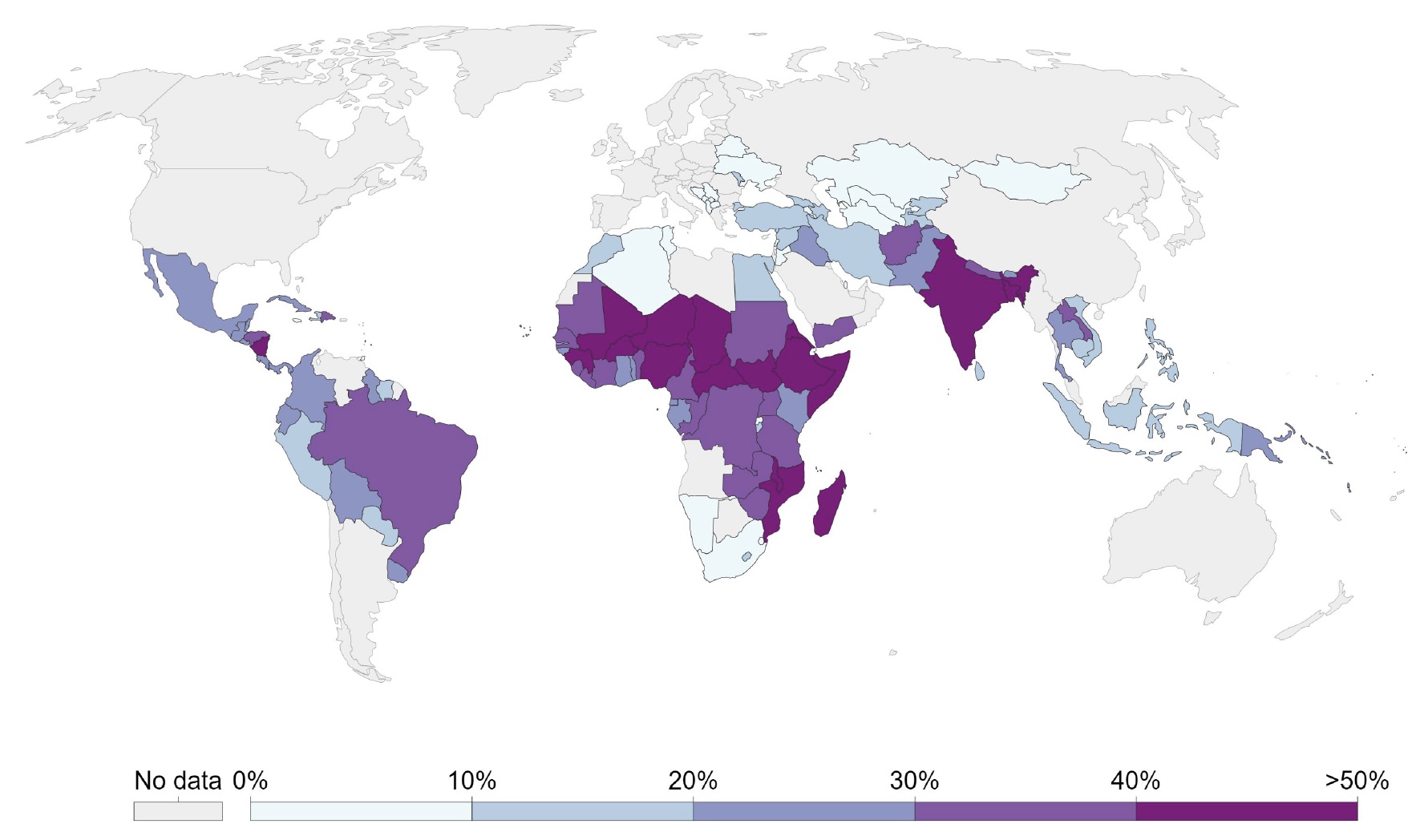 Source: Our World in Data.

In our study (Bellés-Obrero and Lombardi 2020), we examine the impact of a reform that banned formal child marriage in Mexico, which ranked seventh in the world for the highest number of women who were child brides.

Before 2014, child marriage was legal throughout Mexico. Minors could get formally married if they had the consent of their parents and had reached a minimum age. This age, which varied by state, was set at 14 or 16-years-old. Individuals who were even younger or did not have parental consent could still get married with the authorisation of a judge or municipal mayor. Some states also allowed younger girls to get married if they were pregnant.

In December 2014, the Federal Congress set the minimum age of marriage for both women and men at 18, without exceptions. However, this federal law was not directly applicable, as marriage laws are determined by the states. As can be seen in Figure 2 below, the reform was gradually adopted. By the end of 2015, only eight states had changed their marriage laws in accordance with federal legislation. By December of 2018, the reform was adopted by 30 of the 32 Mexican states. 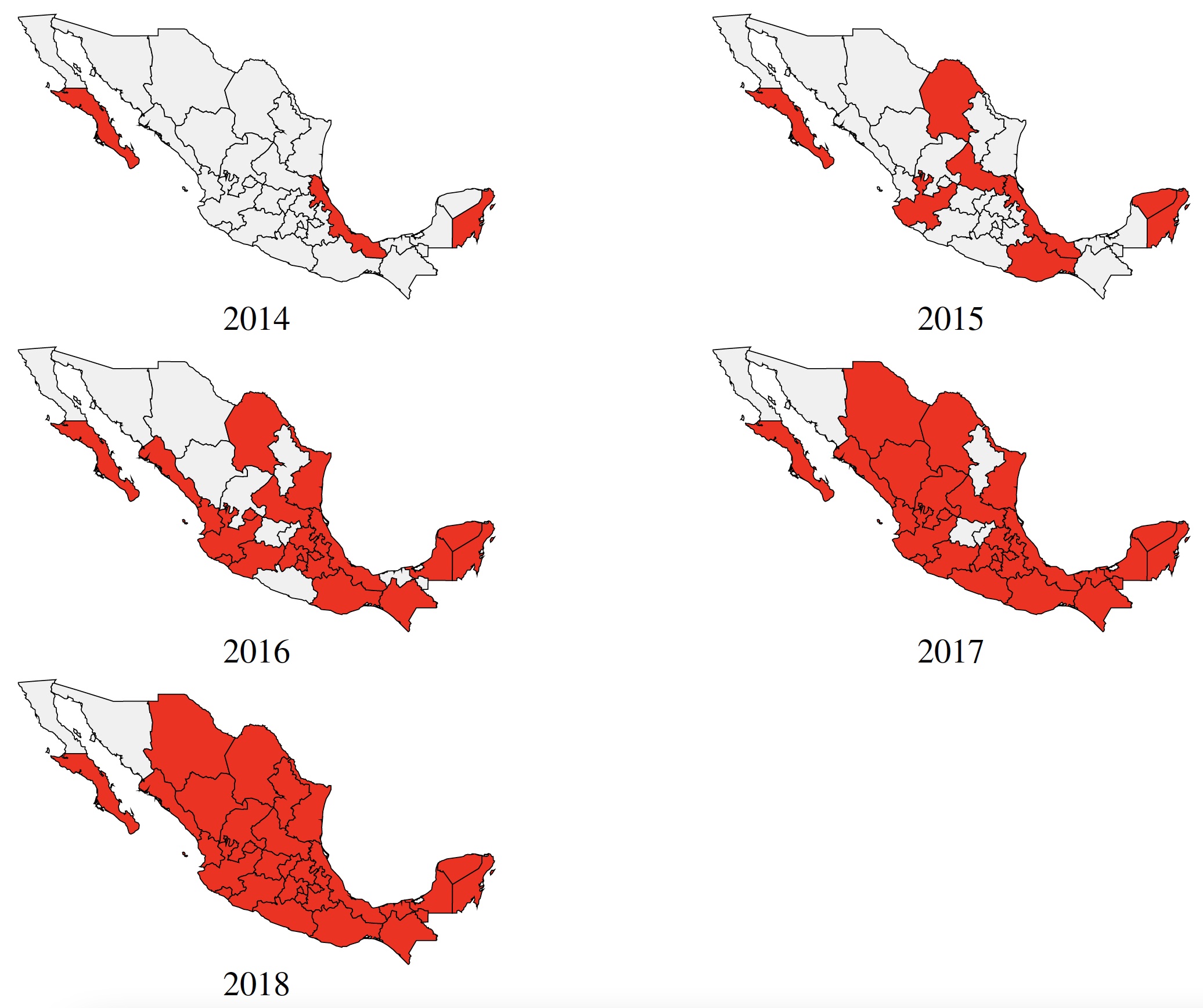 The reform reduced formal child marriage, but had no impact on schooling and fertility

Researching the impact of laws banning child marriage is challenging. As these policies are normally implemented at the national level at one point of time, they provide no counterfactual for credibly identifying their causal impact. The staggered adoption of the reform across Mexican states provides a compelling case study to analyse the impact of age-of-marriage laws using a differences-in-differences event-study estimation.

We first analyse the extent to which the reform was enforced, focusing on formal child marriages where the bride is below the age of 18, as there are very few marriages with a groom under that age. Using microdata from marriage certificates, we find a 49% reduction in the rate of formal child marriages. This reduction is concentrated among 16- and 17-year-olds (Figure 3), the age group with the highest rate of child marriage before the onset of the prohibition. Notably, as the law was properly enforced, our estimates simply capture the impact of the law change, above and beyond the countrywide drop in formal child marriage rates. We do not find that marriage rates of 18-year-olds increased after the reform. This indicates that as a result of the reform, most couples postpone formal marriage even longer, or dissolve before they reach the minimum age of marriage. 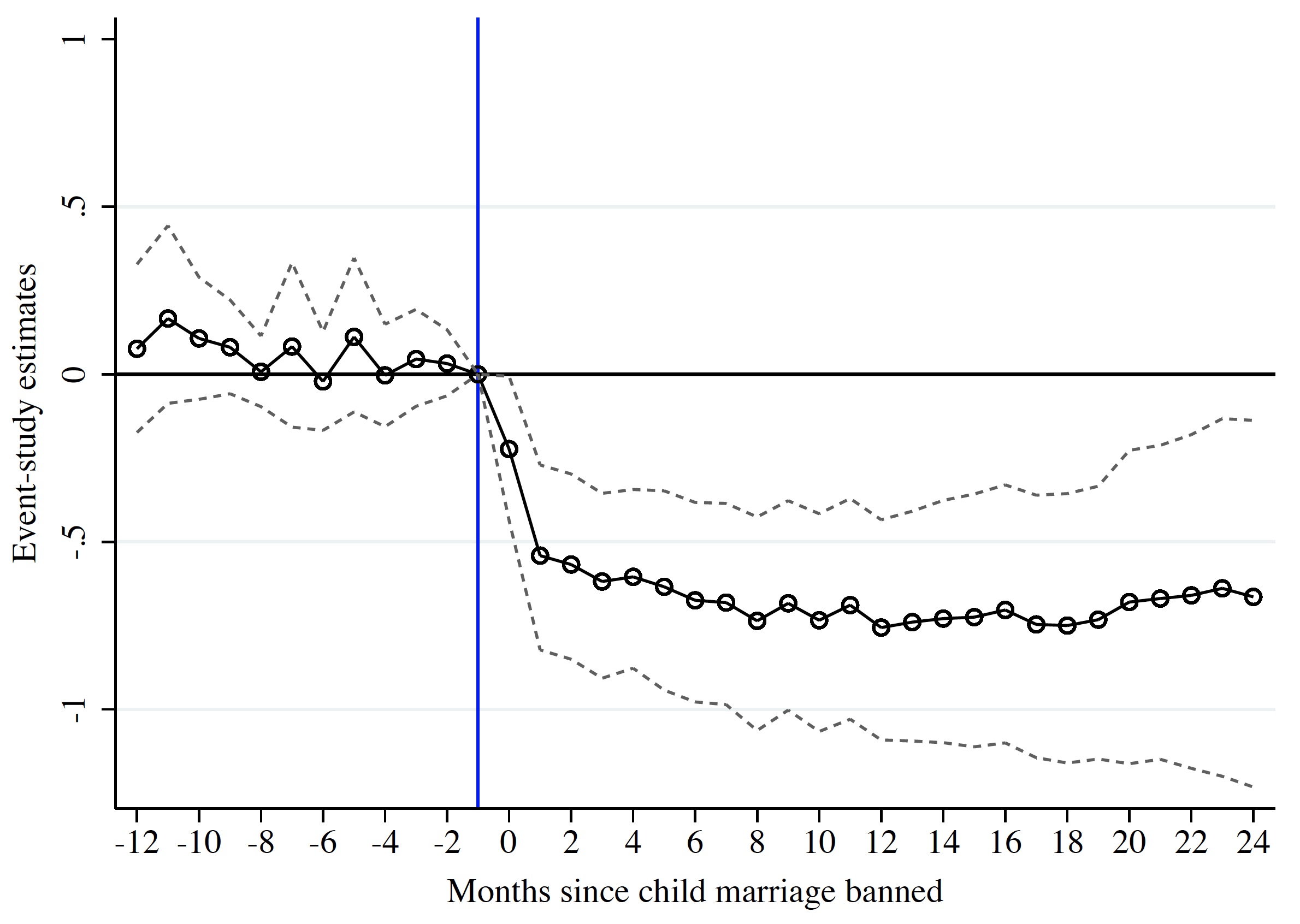 Note: This figure depicts the impact of raising the minimum age of marriage to 18 on the number of monthly marriages where the bride was 16- to17-years-old, for every 1000 girls of this age living in that state and month.

It is important to note that child marriages include not only formal marriages, but also couples that cohabitate as if married (UNICEF 2018). A possible reason for why the reform had no impact on school attendance and early motherhood is that the decrease in formal marriages was offset by an increase in informal unions. This is hard to examine empirically, as there is no register of informal unions, and young girls have incentives to underreport being married or in an informal union when they are surveyed.

We take advantage of the fact that the birth registration microdata has information on the self-reported civil status of the mother at the moment of delivery, and that women who are already having a child at a young age have less incentives to lie about their civil status. Importantly, 62% of women who were child brides prior to the reform had their first child before the age of 18, and so the sample of young mothers makes up for a big portion of the women who were affected by the reform.

Note: These figures depict the impact of raising the minimum age of marriage to 18 on the share of 16- to 17-year-old mothers that are married and in an informal union at the moment of birth.

Our results suggest that, in places where cohabitation is a socially acceptable alternative to formal marriage, raising the minimum age of marriage is not enough to reduce child marriage rates or prevent its detrimental consequences.

One option for policymakers in these contexts is to modify age-of-consent laws to make informal child marriages illegal as well. Alternatively, recent findings in other developing countries show that policies providing young girls with economic opportunities or direct incentives to delay marriage may be effective at reducing child marriage rates (Baird et al. 2011, Jensen 2012, Buchmann et al. 2018, Bandiera et al. 2020). Future research should corroborate whether these findings can be generalised to other regions, where the drivers of child marriage may differ.

Bellés-Obrero, C and M Lombardi (2020), “Will you marry me, later? Age-of-marriage laws and child marriage in Mexico”, CRC TR 224 Discussion Paper N° 139,  forthcoming in the Journal of Human Resources.

Chari, A, Rl Heath, A Maertens, and F Fatima (2017), “The Causal Effect of Maternal Age at Marriage on Child Wellbeing: Evidence from India”, Journal of Development Economics 127: 42–55.