Does China owe its growth to schooling? 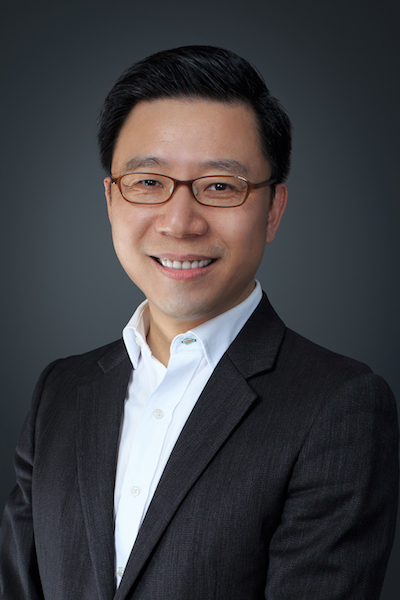 Human capital externalities amplify the returns to education in China. Yet this can only explain some of the country's rapid growth.

Many people do not like large cities, because they think a large population is associated with so-called urban diseases like congestion, pollution, crime and expensive housing. These worries lead to policies to restrict the population growth of cities. Although it’s hard to control domestic migration in most of the countries in the world, China, which has a powerful government, is still using the Hukou (household registration) system, which penalises migration between cities.

But people from rural areas and small- and medium-sized cities still head for large cities all over the world. Economists have argued, both theoretically and empirically, that human capital externalities promote knowledge spillovers, productivity and income growth (Lucas 1988, Rauch 1993, Moretti 2004) that can explain the population growth in large cities.

Estimating the effects of schooling

During the past 30 years, China’s average years of schooling have increased from 3.7 to 7.5 (Barro and Lee 2011). In the same period, China’s per-capita GDP has increased by more than 1,200%. If education has played a significant role in China’s rapid growth, then education’s aggregate impact must be vastly larger than its individual impact. This suggests a large role for human capital externalities. Human capital externalities can also help to explain why returns to higher education keep rising, although the number of college graduates has increased to about seven million in 2017 following an expansion in college enrolment that began in the late 1990s. At that time, the number of graduates was one million (Liang and Lu, forthcoming).

If we follow Rauch (1993) and estimate human capital spillovers using individual-level data from the 2002, 2007 and 2013 Chinese Household Income Project Surveys (CHIP2002, CHIP2007, CHIP2013) for urban households, we find that for every extra year of schooling at the city level, individual hourly earnings increase by 8.36%, holding individual-level and other city-level characteristics constant.

But as Acemoglu and Angrist (2001) and others have emphasised, there are significant problems when regressing individual earnings on average years of schooling, because this omits unobserved human capital and area-level characteristics:

There are two typical approaches to addressing these biases: using shocks to people and shocks to place. Shocks to people, like the 'Moving to Opportunity' experiment in the US, randomly allocate people across space. This addresses unobserved personal attributes. Shocks to places, like the compulsory schooling laws used by Acemoglu and Angrist (2001), or the location of land-grant colleges used by Moretti (2004), address omitted place-based characteristics, but typically cannot address subsequent sorting on unobservable attributes.

Chinese education allows us to address both forms of omitted characteristics simultaneously (Glaeser and Lu 2018). During the early years of communism there was a radical reduction in local education institutions in some areas, largely for political reasons. Other areas saw their educational institutions grow, again largely because of politics.

The influence of the Soviet Union persuaded Chinese leaders to copy their highly specialised university system, which focused on concrete skills rather than liberal arts. Also, to spread communist ideology, the Party wanted to remove the influence of the pre-existing education system.

In 1952, the central government established the Ministry of Higher Education to carry out the plan of relocating university departments. With the support of local governments, this nationwide movement was almost realised in 1952. This relocation occurred not only across institutions, but also across regions. Staff and students, as well as facilities and libraries, were moved. Among the 502 departments moved out of a school, 282 moved to different cities. Among the 623 departments moved in, 333 came from a different city. The discrepancy between the number of departments moved in and out reflects the creation, destruction, division and merging of departments.

These changes are correlated with education levels today – each extra department is associated with about 0.032 extra years of average schooling in the area – but not correlated with city characteristics in 1953. Moreover, these department relocations are uncorrelated with investments in infrastructure or capital during the 1950s and 1960s. The economic development strategy during the Great Leap Forward was focused on industrialisation, not education.

The impact of department relocations

Consequently, we interpret the impact of department relocations on urban-born workers in 2002 as a relatively clean experiment illustrating the impact of area-level education on individual earnings. The experiment is not perfect. We cannot be sure the department relocations are perfectly orthogonal to all other city characteristics. We cannot be sure that there is no selective historical migration in our estimation using an urban sample, although we have excluded current migrants without local Hukou. Yet, given the difficulties with measuring these human capital externalities, we believe that this provides a plausible addition to research on the subject.

Our instrumental variables estimate is that on average, an extra year of schooling is associated with 22.0% higher hourly wages across cities. This is more than double the effect estimated by OLS. It could reflect omitted variables that are correlated with the instrument, but it could also reflect the true impact of area education on productivity. If less-skilled people move disproportionately to more productive areas, then the true treatment effect of skills on productivity should be substantially higher than the OLS estimate.

We investigate this hypothesis by examining the connection between population flows and academic relocations. We find that population growth is 1.2% higher between 1953 and 2000 for each extra academic department. The extra supply of labour in more educated areas might readily explain why the OLS estimate is about one half of the instrument variables estimate.

We also examine whether these effects are stronger on the most- or least-skilled. Unlike OLS results, the instrumental variables result suggests that area-level education has almost the same effect on differently skilled workers. The difference in coefficients is not statistically significant, but since the department shifts seem to have disproportionately attracted the more skilled, the changing pattern of heterogeneous treatment effects between the OLS and instrumental variables results is compatible with the view that extra departments attracted skilled workers who depressed wages for other skilled workers.

Even if the area-level impact of area years of schooling is 22.0% per year instead of 8.36%, the growth of Chinese education alone does not explain the country’s massive increase in earnings. Even if a year of schooling increased earnings by 40%, four extra years could not explain a 1,200% rise in per capita GDP. Considering that college graduates, together with other migrants, are moving to large cities with higher educational levels and greater human capital externalities (Liang and Lu forthcoming), the role of education for fast growth should have been more important. Another possibility is that human capital effects at the country level are far higher than effects at the district level, but that is speculation.

The significance of human capital externalities

Editors' note: This column first appeared on VoxEU.org on 15 September 2018.