Going to the movies can help you at school 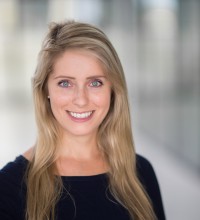 Postdoctoral researcher, Department of Economics and Centre for the Study of African Economies, University of Oxford

There are high returns to investment in education in Uganda, with those finishing secondary education with passing grades set to earn 78% more than those with just primary education (Kavuma 2014). Yet only 35% of those who enrol in secondary school remain in school four years later (Ministry of Education and Sport Uganda 2015). Achievement is also low, with only half of male students who have completed a year of secondary school rated as proficient in mathematics and only one-third of girls. One reason why continuation and achievement in school might be so low is due to low beliefs about the personal returns to education.

Beliefs affect decisions regarding areas to invest in, including in how much education to achieve (Attanasio and Kaufmann 2014, Jensen 2010, Kaufmann 2014). A person’s beliefs are in turn shaped by the different people encountered in their daily life (Bandura 1977), particularly people “like them” (Wilson 1987). The poor may lack exposure to people from similar backgrounds who have used education to escape poverty. They may therefore become trapped in a poverty trap where the entire community has low beliefs about the potential of education to improve their lives, and so does not invest in education, further perpetuating poverty (Genicot and Ray 2017).

Role models, both in real life and in media, have acted as a powerful way to update beliefs about the returns to education, and raise aspirations for education, leading to greater investment (Beaman et al. 2012, Bernard et al. 2014, Nguyen 2008). If an individual lacks role models in their immediate environment, a role model in the form of media can be used to exposure the individual instead (La Ferrara 2016). While several papers have examined changes in behaviours from exposure to role models in TV shows (Banerjee et al. 2018, Chong and Ferrara 2009, Jensen and Oster 2009, Kearney and Levine 2015, La Ferrara et al. 2012), no one has yet studied the effect of role model exposure through a mass market movie on an important economic outcome – students’ performance in their national exams. I seek to do this through my study of exposure to the movie Queen of Katwe (Riley 2018).

The experiment: Queen of Katwe

The movie Queen of Katwe is based on the true story of Phiona Mutesi, who goes from poverty living in the slums of Kampala and selling corn to passing drivers, to getting into the top school, playing international-level chess and achieving her dreams. The movie begins with a quote from Ellen Johnson Sirleaf: “The size of your dreams must always exceed your current capacity to achieve them". This idea of having bold goals and fighting to achieve them in the face of obstacles is the central theme of the story.

In order to examine the impact of seeing Queen of Katwe on academic performance, I randomly assigned 1,500 students preparing to take their national exams at the end of lower and upper secondary school to see either Queen of Katwe or a placebo movie at the cinema. All the students were from schools in Kampala and equally split between male and female students, and lower and upper secondary school grades. All the schools were private schools – as two-thirds of secondary schools in Uganda are – and varied widely in their size, the fees they charged, and their national ranking.

The placebo movie, Miss Peregrine’s Home for Peculiar Children, is a children’s adventure story and was chosen to be fun and enjoyable for the age group without having any strong educational content. The use of a placebo movie allows me to exclude any beneficial effects on exam performance that might result just from cinema attendance alone and allowed me to carry out the randomisation at the cinema immediately before showing the movies.

Students in lower secondary school who watched Queen of Katwe had a 30% decrease in the probability of failing their maths exam (down to 16% from 27%). Amongst the worst performing and female students the effects were even larger, with those who saw Queen of Katwe being 50% and 40% less likely to fail maths, respectively. This fits with research on role models from psychology which finds role models have the largest effects on those most like them (Lockwood 2006, Lockwood and Kunda 1997), which in this case is female students and those with poor prior academic achievement. 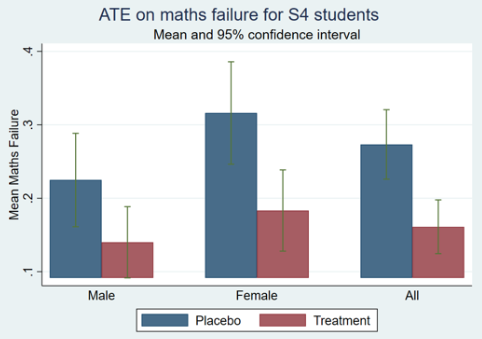 For students taking their final secondary school leaving exams, seeing Queen of Katwe improved their exam scores by 0.13 standard deviations. This is equivalent to going from the 50th to 55th percentile. Again, female students saw the biggest improvements in their test scores.

The improvement in test scores at upper secondary level increased the probability that a student got into public university from 30% to 36%.  I also find indicative evidence that that treatment led to lower secondary school students being nine percentage points more likely to enrol in upper secondary, with the effect particularly strong for female students. This may indicate that treatment not only improved an exam score but has longer term benefits for students' educational investment.

Role models, through their example, motivate and inspire students to achieve more. While effects on test scores have been found for both physical and media-based role models, a movie may have a greater impact on beliefs than a physical role model through the movie’s ability to ‘transport’ an individual into the plot and cause a deep involvement with the characters (La Ferrara 2016). A movie-based role model also has the advantage of being able to reach a wider audience than a physical person could and at considerably less cost. The intervention described here cost less than $5 per student, and if screenings were done in schools, costs could be even less. Helping schools integrate some form of exposure to a role model into their curriculums is a cost-effective way to improve schooling outcomes.

This study showed that watching a role model in the form of a movie, Queen of Katwe, positively impacted students’ exam performance, particularly of female students, and may have positive effects on their continuation in education. However, there are many areas where more research is needed. Questions remain about the mechanism through which treatment had an effect, with previous literature highlighting beliefs about returns to investment (Jensen 2010, Nguyen 2008), aspirations (Beaman et al. 2012, Bernard et al. 2014), and social norms (Banerjee et al 2018, Jensen and Oster 2009) as possible channels. The persistence of the effects past the few months of the study are also unclear. More work is also needed to understand the critical aspects of role models that make them effective at inducing behavioural changes in an audience.

Attanasio, O and K Kaufmann (2014), “Education choices and returns to schooling: Mothers’ and youths’ subjective expectations and their role by gender”, Journal of Development Economics 109: 203–216.

Kaufmann, K (2014), “Understanding the income gradient in college attendance in Mexico: The role of heterogeneity in expected returns”, Quantitative Economics 5(3): 583–630.

Kavuma, S (2014), “Private returns to education for the wage-employees and self-employed in Uganda”.

La Ferrara, E (2016), “Mass media and social change: Can we Use television to fight”, Journal of the European Economic Association, (April).

Riley, E (2018), “Role models in movies: The impact of Queen of Katwe on students’ educational attainment”.