The household benefits of an educated older sister 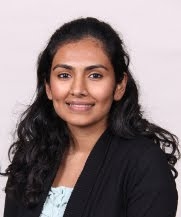 Assistant Professor of Economics, University of Illinois at Chicago

In the build up to International Women’s Day 2019, there are renewed calls to advance gender equality and ensure girls’ access to education across the world. While the gender gap in education has narrowed considerably, girls’ enrollment in school still lags behind that of boys in most poor countries (Heath and Jayachandran 2018). A recent review of the evidence shows that parents’ schooling decisions are quite sensitive to the perceived benefits of education (J-PAL 2017), and these can be very different for girls and boys.

Many low-income parents rely on their children to provide for them in their old age, particularly in countries that lack social safety nets (Banerjee et al. 2014). But education is an investment that is less frequently recouped for daughters than sons. In many traditional societies, daughters are less likely to work and move out of the household when they get married, whereas sons live with and take care of their parents in old age.

The study: Spillover benefits of investing in girls’ education

Recent policy experiments from India demonstrate that showing parents the benefits of investing in girls can be an effective way of increasing their schooling. Examples of employment opportunities for women (Jensen 2012) and quotas for female village leaders (Beaman et al. 2012) both increased young girls’ education. These examples show that some parents are keeping girls out of school because they do not see an economic value to educating them.

But what about parents who attach low importance to girls’ education because they have no career aspirations for their daughters? Or parents who keep girls out of school because they don’t benefit from their daughters’ future employment since she will move away after marriage? In a recently published study (Qureshi 2018), I show that there are more immediate benefits from girls’ education that have been overlooked until now. My study explores how girls’ education can affect the educational outcomes of their younger brothers, which parents might care more about.

The benefits of an educated older sister in rural Pakistan

Despite evidence that children of more educated mothers complete more schooling (De Walque 2009), attend better colleges (Tsai et al. 2011), and have higher test scores (Andrabi et al. 2012), surprisingly little is known about the effects of an older sister’s schooling. In many developing countries, older sisters play an important role in raising their younger siblings and spend a significant amount of time caring for them (Levison and Moe 1998, Ilahi 2001, Edmonds 2006).

I study the effect of the oldest sister’s schooling on the younger siblings’ educational outcomes using data from rural Pakistani households over the period 2003-06, where three quarters of mothers and two out of every five fathers have no schooling.

To assess how increasing the oldest sisters’ schooling affects younger siblings, I compare households located far from the girls’ school to those located relatively close by. Schools in this conservative society are gender segregated. As has been shown before for Pakistan and neighbouring countries (Alderman et al. 2001, Andrabi et al. 2007, Lloyd et al. 2005, Burde and Linden 2013, Muralidharan and Prakash 2017), I find that the farther away the girls’ school, the less schooling girls complete due to concerns about their safety, the risk of sexual harassment, and adherence to local ‘purdah’ norms.

Given the gender segregation of schools, I focus on measuring the impacts of the oldest sister’s schooling on younger brothers since I can compare households that are similarly distant to the boys’ school but differ in how far the girls’ school is.

I find that reducing distance to the girls’ school sharply increases the oldest sister’s schooling, and this in turn raises her younger brothers’ educational outcomes. Intuitively (and given additional evidence), since boys do not attend girls’ schools, the improved outcomes for younger brothers are caused by their oldest sister completing more schooling instead of other household factors.

I find the following impacts of an additional year of schooling for the oldest sister:

These oldest sisters’ schooling effects are the same order of magnitude as those for maternal schooling. Interestingly, increasing the oldest sister’s schooling has no impact on older brothers’ educational outcomes, indicating that the younger brothers are not benefitting merely from being around more educated family members or because their parents are increasing investments in all of their children’s education. Instead, the results suggest that younger brothers’ education improves because they have a more educated childcare provider, tutor and role model in their oldest sister.

Bringing awareness to the immediate household benefits of an educated sister

Pakistan, the setting for this study, has the second highest number of children out of school in the world and the majority of these are girls (World Bank 2017). Advocates and policymakers dedicated to increasing girls’ education often make an economic case for educating girls, pointing to the benefits of increased work opportunities, delayed childbearing, and healthier, more educated children.

Although programmes that make the benefits of children’s education more salient can increase education at a low cost, highlighting these benefits for the girls and their future children may miss the root cause for why more girls are out of school than boys. Parents bear the immediate cost of educating girls but often do not benefit from their education since daughters do not provide financial support in old age. This study shows that even if some parents place less value on girls’ education than boys’ education, they still stand to benefit from educating their daughters because it has immediate benefits for their sons.

Breierova, L and E Duflo (2004). “The Impact of Education on Fertility and Child Mortality: Do Fathers Really Matter Less Than Mothers?”, NBER Working Paper No. 10513.

Chicoine, L (2012). Education and fertility: Evidence from a policy change in Kenya.

Güneş, P (2015). “The Role of Maternal Education in Child Health: Evidence from a Compulsory Schooling Law”, Economics of Education Review 47: 1–16.

Heath, R and S Jayachandran (2018). “The Causes and Consequences of Increased Female Education and Labor Force Participation in Developing Countries”, in S Averett, L Argys and S Hoffman (eds), The Oxford Handbook of Women and the Economy.

Lavy, V and A Zablotsky (2011). “Mother’s Schooling, Fertility, and Children’s Education: Evidence from a Natural Experiment”, NBER Working Paper No. 16856.

Lloyd, C B, C Mete and Z A Sathar (2005). “The effect of gender differences in primary school access, type, and quality on the decision to enroll in rural Pakistan”, Economic Development and Cultural Change 53(3): 685-710.