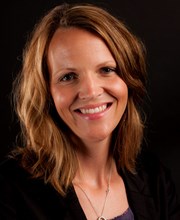 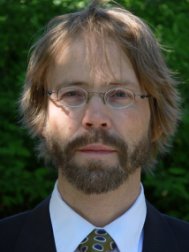 With a few exceptions, most behavioural programmes have a rather general focus, although targeting those with the highest risk of becoming infected (and/or spreading the disease) may be the most effective way to reduce HIV incidence. Importantly, such targeting is not specific to HIV prevention but holds more generally for a broad range of programmes aimed at reducing risky behaviour. We know relatively little, however, about how to design such types of programmes.

Lotteries as incentives for HIV prevention

We designed an HIV intervention, and assessed its impact in a randomised trial, to appeal specifically to people who are risk-lovers and, presumably, therefore most at risk of HIV infection (Björkman Nyqvist et al. 2017). Specifically, trial participants in Lesotho were offered the chance to participate in a lottery with relatively low expected payments but high prizes conditional on negative STI test results.

Introducing a gamble into an otherwise standard financial incentive programme has at least two potential advantages. First, with lotteries, the programme becomes relatively more attractive to individuals that are willing to take monetary risks. If the willingness to take monetary risks is correlated with other risky behaviours, and especially engaging in risky sex, then lottery incentives may better target those at higher risk of getting infected by HIV.

Second, there is growing evidence from psychology and behavioural economics that people tend to overestimate small percentages, and therefore prefer a small chance at a large reward to a small reward for sure (Kahneman and Tversky 1979, Kahneman 2011, Barberis 2013). If so, the perceived return from participating in a gamble (lottery) is higher than the return from an incentive programme that pays the expected return with certainty, or likewise lotteries may provide stronger incentives for behavioural change compared to a traditional CCT holding the budget constant.

Importantly, the use of lotteries in public health interventions is not unprecedented, including in the area of HIV prevention. To the best of our knowledge, however, this is the ﬁrst large-scale randomised trial to assess its impact as a preventative tool.

Individuals in the intervention arms were awarded a lottery ticket if they tested negative for two curable STIs (syphilis and trichomoniasis) in the week before the lottery draw. Village-level lotteries were organised every four months and four lottery winners (one male and one female per lottery arm) per village were drawn.

Individuals in the intervention arms testing positive for any of the two STIs did not receive a lottery ticket. They could, however, continue as study participants and thus become eligible in subsequent rounds if they took the free treatment offered and subsequently remained STI negative. Participants randomised in the control arm were not eligible for lottery tickets, but all other study procedures were identical between the control and intervention arms. Anyone testing positive for an STI (regardless of arm) was offered counselling and free STI treatment, and individuals testing positive for HIV were referred to public health clinics offering AIDS treatment for appropriate follow-up.

Overall, the lottery incentives had a significant impact on HIV incidence, reducing the rate of new HIV infections among participants who were HIV negative at baseline. Over the two-year trial period, the HIV incidence rate was reduced by 2.5 percentage points, or 21.4%, leading to a 3.4 percentage points lower HIV prevalence rate at the end of the trial, in the pooled intervention group compared to the control group. To the best of our knowledge, this is the first HIV prevention intervention focusing on changes in sexual behaviour (as opposed to medical interventions) to have been demonstrated to lead to a significant reduction in HIV incidence, the ultimate objective of any HIV prevention intervention. We estimate that the cost of averting a primary HIV infection was $882, or about one-tenth of the costs of averting an HIV infection in the only other behavioural trial documenting signiﬁcant reduction in HIV prevalence (Baird et al. 2012).

Despite the lack of a certainty equivalent intervention arm, our study provides suggestive evidence that the lottery design played an important role in achieving the effects we document. Using baseline data from the control group, we show that risk-lovers – with the degree of risk aversion measured using hypothetical lotteries – were more than twice as likely to become infected with HIV over the trial period, thus providing support for the assumption that risk-loving behaviour in hypothetical monetary gambles translates to objectively measured risk-loving sexual behaviour. In the intervention groups, on the other hand, where participants were offered lottery incentives to promote safer sexual behaviour, we ﬁnd that the risk-loving individuals were equally as likely as risk-averse individuals to become infected with HIV during the two-year trial period. That is, the lottery programme lowered HIV incidence rates in the treatment relative to the control group by making individuals with greater preference for risk at baseline behave similarly to risk-averse individuals in terms of their sexual behaviour.

The practical advantages of lottery incentives

Our findings provide suggestive evidence that lotteries can be used to target groups at higher risk of becoming infected with HIV. In addition to targeting the individuals most at risk, the use of lotteries also has practical advantages that are important if we consider scaling-up such programmes. First, the administrative costs of a lottery programme are likely to be lower compared to a traditional CCT programme, as only winners need to be paid. Second, we could think of a lottery system whereby only a fraction of the study participants are tested, reducing the cost of testing, which is an important fraction of the total cost. While the research protocol for the Lesotho study required that all project participants were offered testing, the incentive for behavioural change will, under certain conditions, remain the same if only lottery winners are tested or if STI screening is also subject to a lottery. Finally, and importantly, while we study the impact of lottery incentives for a specific outcome here, our results open up avenues to explore whether lotteries can be successfully used in many other types of programmes and domains to enhance the demand for less risky behaviour.

Editors’ note: An earlier version of this column first appeared on VoxEU.