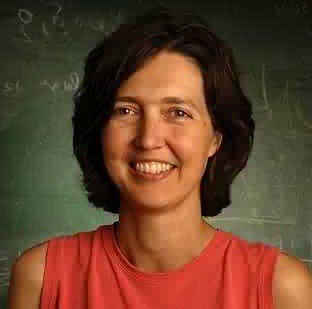 West Africa is the epicentre of this trend, home to some of the world’s highest fertility and poverty rates, the lowest contraception use, and highest unmet need for contraception in the world (UN 2019). Across sub-Saharan Africa, a quarter of women of reproductive age want to stop or delay childbearing but are not using contraception (Family Planning 2020). This calls for cost-effective and scalable ways to help women achieve the lower fertility they desire.

While huge progress has been made regarding the availability and cost of contraception in many countries in sub-Saharan Africa, other factors such as social norms against family planning and information barriers might explain why the demand for contraception remain low (Guttmacher Institute 2017).

Creative strategies to increase the demand for contraception

One plausible strategy is to leverage mass media, which has potential to provide useful information on the benefits of family planning and influence social norms around the adoption of contraception (Jensen and Oster 2009). However, it is hard to rigorously measure the impact of mass media (La Ferrara 2016, Head 2015) and evidence, especially from Africa, is limited (Murray 2018).

Burkina Faso is an ideal environment to study the impact of mass media on gender attitudes and contraception. Many households have very limited existing exposure to mass media, though typically not by choice; rather, they cannot afford it. Moreover, in 2015, only 22% of women of reproductive age were using a contraceptive method and 24% had an unmet need for contraceptives (PMA2020).

Measuring the impact of increasing exposure to mass media

We identified 3,000 women living in rural areas who had no radio in their household. Half were randomly selected to receive a solar radio in mid-2017. The other half served as a comparison group. One-and-a-half years after the radio distribution took place, women who received a radio were spending twice as much time listening to the radio as women in the comparison group (three hours per week versus 1.3 hours). The random allocation ensured that women in both groups were on average similar (ex-ante), allowing us to measure the impact of this additional exposure to radio programming.

Second, we study the impact of an intensive family planning campaign. Sixteen local radio station were selected for this study because of their large audience and very localised coverage areas. Together, these radio stations reach approximately 5 million people – a third of the country’s population.

Local radio stations broadcasting in local languages dominate the media environment in Burkina Faso, with 56% of the total population listening to the radio at least once a week, compared to only 25% watching TV with the same frequency (DHS 2010). These stations have a small staff and tend to broadcast music, call-in shows, and information, including government messages on family planning.

Eight of the 16 stations were randomly allocated to receive a media campaign. Regular programming continued in the comparison group.

The radio campaign was implemented over two and a half years (mid-2016 to late 2018) by Development Media International (DMI), a non-governmental organisation which specialises in behavioural change communication. The campaign included 30-second and 60-second radio spots broadcast ten times per day, and three one-and-a-half-hour interactive phone-in programmes per week, in local languages with trained medical staff. The campaign aimed to address the key barriers to adopting contraception identified using formative research: information on modern methods, concerns about side effects, information on the health and economic benefits of birth spacing, gender norms, and men’s responsibility.1 It was broadcast for four hours and 45 minutes per week during peak listening times – representing 17% of overall peak listening time. 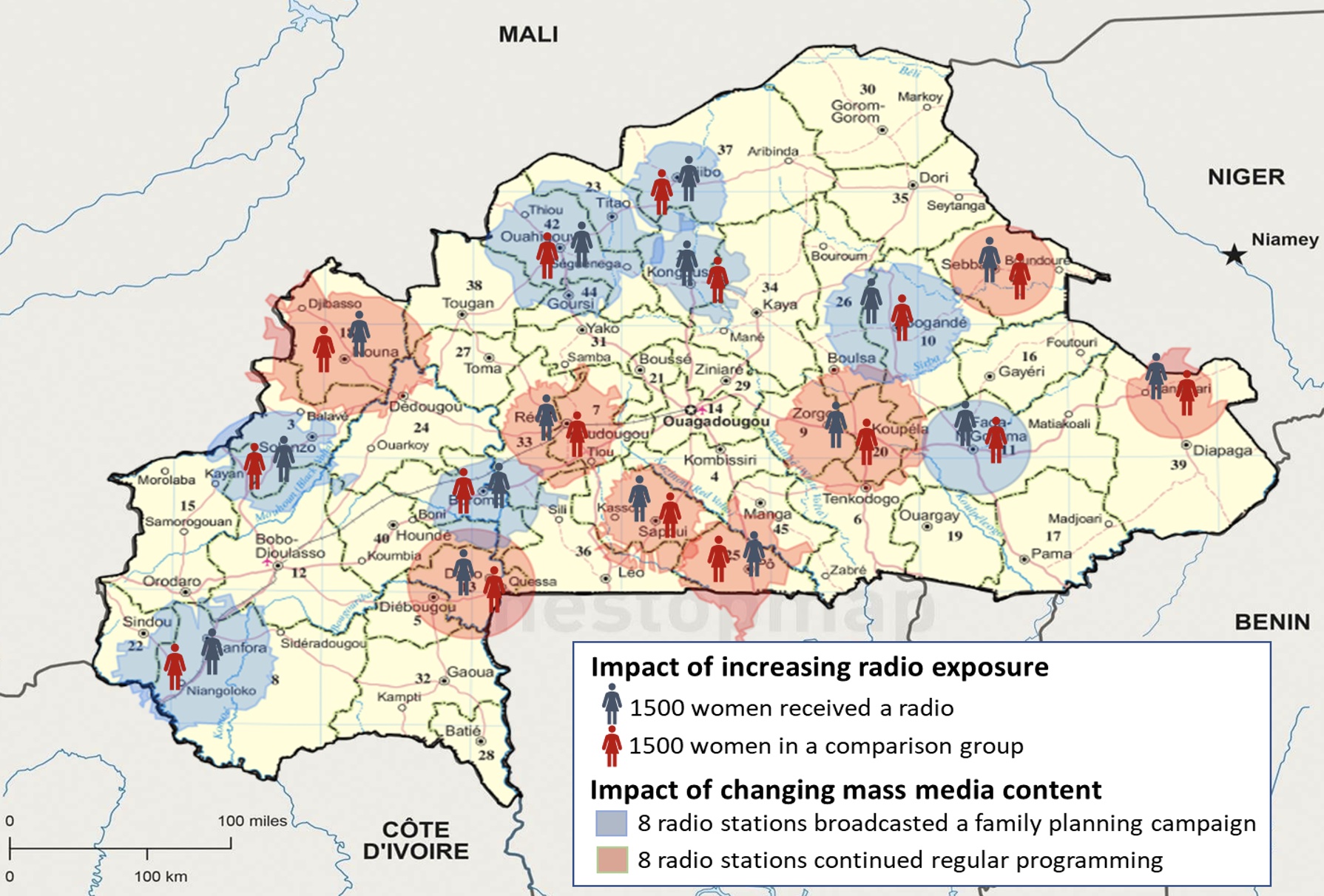 Mass media can influence contraception use 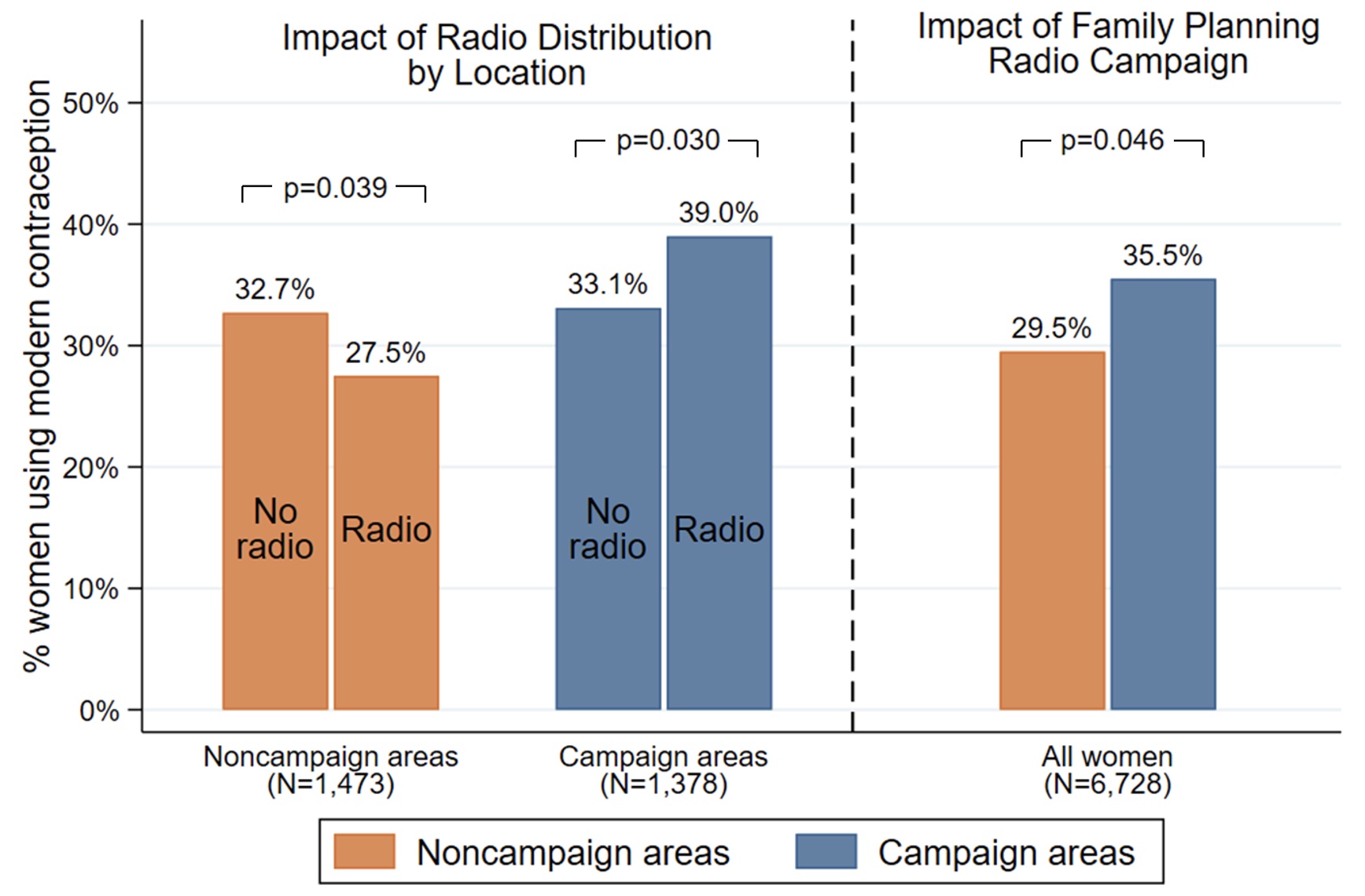 1) Why did the family planning campaign work?

The campaign appears to have worked largely by reducing misconceptions about potential side effects of contraception. The share of women thinking that modern contraception can make a woman sterile or causes sickness fell by nine percentage points. Attitudes towards family planning also improved, with an eight percentage point increase in women being likely to say that women should control the number of children they have during their lifetime. There was no significant impact on fertility preferences, attitudes towards birth spacing, or husband preferences (reported by women).

The campaign followed DMI’s ‘Saturation +’ approach to behavioural change campaigns (Murray et al. 2015), which is centred around broadcasting high-quality content at high intensity. This study suggests mass media campaigns are most likely to change family planning behaviours if they address widely held misconceptions and are broadcast at high intensity.

2) Why did exposure to local radio stations have a negative impact in noncampaign areas?

In this context, local radio stations (without the media campaign) do not appear to promote progressive values on gender and modern contraception. We found a negative impact on an index of gender attitudes (for example, women were 3.6 percentage points more likely to say that “a man is superior to a woman”).

Directors of radio stations located in non-campaign areas suggested that some radio content such as call-in shows and debates provided a platform for and amplified conservative gender attitudes found in some parts of the population.

Figure 3 Misconceptions about potential side effects of contraception 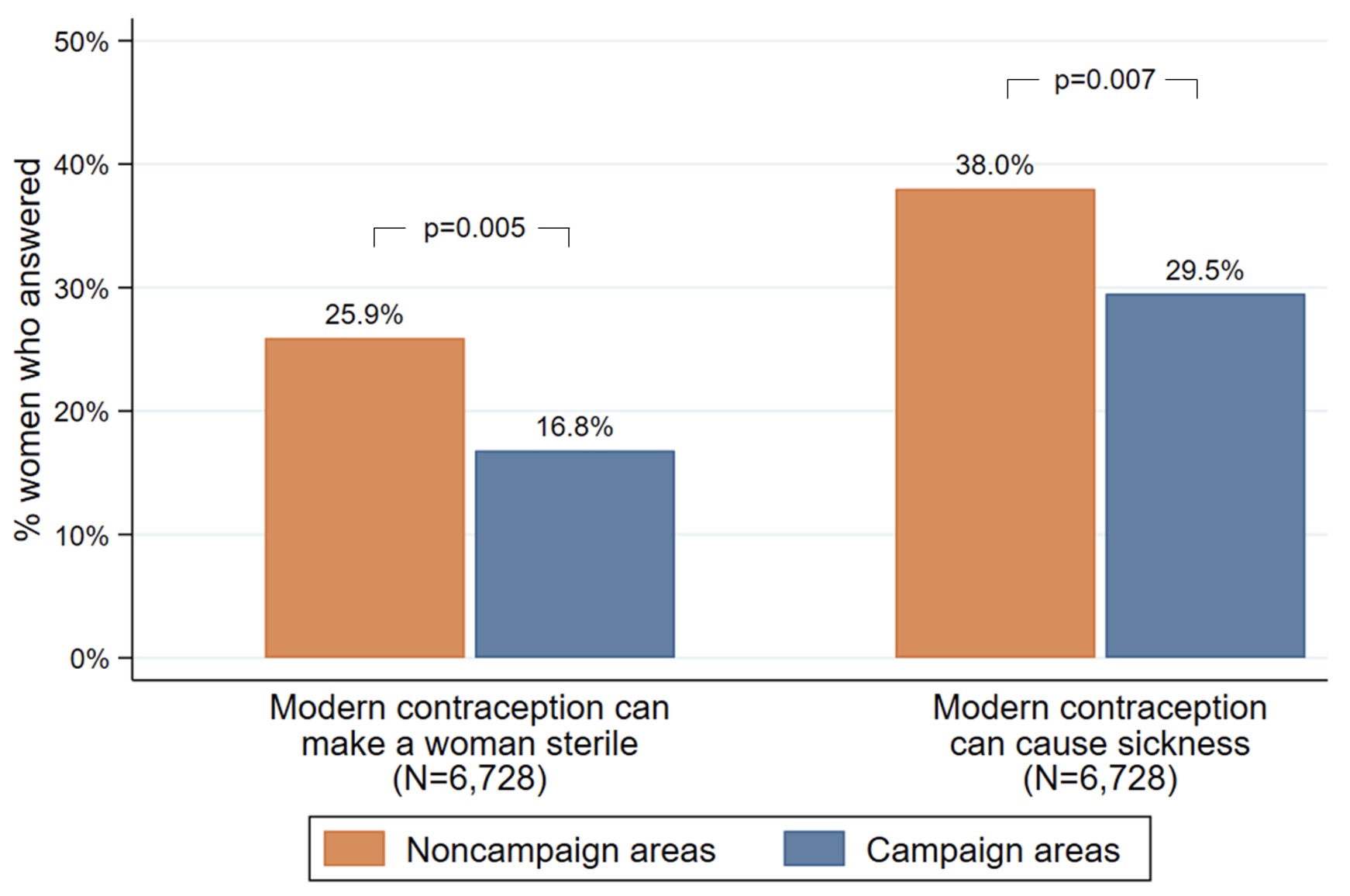 3) Who changes behaviour in response to communication campaigns?

The media campaign was more effective for women who were already using contraception before the campaign (but may not have been using it consistently) and women who started with more information on and positive attitudes toward family planning. This suggests many women are close to the margin of adoption in Burkina Faso. Those at the margin,  rather than those with entrenched views, may be good targets for mass media campaigns.

4) Does increased use of modern contraceptive methods change fertility and wellbeing?

Women in campaign areas were 10% less likely to have given birth in the previous 12 months (marginally significant) and had higher levels of self-assessed health and wellbeing. This result is consistent with the campaign being welfare improving.

In response to initial findings, DMI scaled up the mass media campaign nationally in January 2019. As of April 2021, the campaign was broadcast on 39 radio stations, in ten local languages, reaching 80% of Burkina Faso’s population. Under reasonable assumptions, we estimate the national implementation led 225,000 additional women to use contraception at a cost of US$7.70 per additional woman using contraception annually.

Overall, our results show that access to mass media and varying the content of mass media can change a highly consequential behaviour (fertility decisions) but that the impact depends critically on the quality of the message being delivered. We find that, in the absence of high-quality programming, access to mass media can lead to less progressive attitudes towards women’s role in society and lower use of modern contraception. In contrast, a high-quality mass media public health campaign can effectively challenge misconceptions about contraception and increase the use of contraception.

Guttmacher Institute (2017), “Adding It Up: Investing in Contraception and Maternal and Newborn Health”.

1 Examples of stories used during the campaign are available on DMI's website at https://www.developmentmedia.net/project/familyplanningrct/