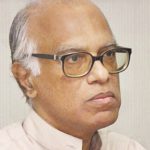 Low-cost solutions and social mobilisation have helped surprising improvements in social development indicators, however there remain many challenges

Bangladesh has achieved remarkably rapid progress in many social and human development indicators during the past few decades, especially since the early 1990s. Cross-country comparisons show that, in relation to per capita income, the country has transformed itself from being a laggard to a clear leader in many of the indicators of health, education and demographic outcomes. This transformation has been most remarkable in respect of infant and child mortality, female school enrolment, and in the reduction of the population growth rate through the adoption of modern birth control methods.1

These achievements may appear to be a ‘development surprise’, given the country’s desperate initial conditions, widespread poverty, and allegedly poor record in governance adversely affecting the quality of public service delivery (Asadullah et al. 2014, Mahmud and Mahmud 2014).

Bangladesh’s achievements thus far do not fit into either of the typical pathways of ‘income-mediated’ or ‘support-led’ human development (Sen 1999: Chapter 2). The former works through rapid and broad-based economic growth, which facilitates better standards of living, while the latter involves large public social spending on welfare-oriented programmes. While per capita income in Bangladesh has grown at a modestly high and steadily increasing rate since the early 1990s, this alone cannot explain the extent of improvements in the social development indicators. Neither does Bangladesh represent the typical case of ‘support-led’ human development, since cross-country comparisons show that Bangladesh’s public spending per capita on both health and education has remained considerably lower than what is expected even at comparable low levels of per capita income (Asadullah et al. 2014).

Various hypotheses have been advanced to explain this “development surprise”. Much of it seems to have been possible due to the adoption of low-cost solutions such as the use of oral rehydration saline (ORS) for diarrhoea treatment, and due to increased awareness created by effective social mobilisation campaigns such as those for child immunisation, contraceptive adoption, and girls’ schooling. Diarrhoea deaths, which used to be the single major cause of under-five mortality in Bangladesh, have now been greatly reduced by the widespread adoption of ORS technology, including the use of homemade saline. Bangladesh has also become a leader among developing countries in the rates of child immunisation, which is another factor contributing to the reduction in under-five mortality. Maternal mortality has been greatly reduced in recent years mainly through easy access to low-cost prenatal care, despite the fact that the rate of medically attended births remains extremely low.

The scaling up of programmes through the spread of new ideas is aided by a strong presence of non-government organisations (NGOs), as well as the density of settlements and their lack of remoteness, made possible by an extensive network of rural roads. The rapid expansion of microcredit programmes may also have been a contributing factor, by promoting social interactions and mobility for rural women. Besides the economic impact of microcredit on poverty, the mobilisation of women’s credit groups may have led to non-economic gains through enhanced agency, empowerment and mutual support, thus creating the social environment for other development interventions to work better.

One advantage of the NGO-led approach is that social development has been broad-based, since NGOs primarily work with the poor and are effective in motivating them through social campaigns. This, along with the fact that most of the gains have come from low-cost solutions, explains why the poor have benefitted equally, if not more, compared to the non-poor.

A broad-based pattern of economic growth has also helped by creating employment opportunities for the poor, such as in the rapidly-growing ready-made garment industry that employs mostly women. This may explain why poor families are increasingly sending their children to school (Heath and Mobarak 2012).

Overall, underlying these proximate factors, there seems to have been a broader process of social transformation affecting behavioural norms and attitudes. This includes attitudes towards female employment, fertility behaviour and parental incentives for investments in children’s health and education (Mahmud 2008).

The government’s commitment and support for many innovative welfare-oriented programmes has undoubtedly an important role to play. The ‘food for education’ programme, for example, has helped to bring children from poor rural households to the formal school system since the early 1990s. Female school enrolment has been promoted by the introduction of a universal stipend programme for female students attending secondary schools. The female stipend programme has been described as the world’s vanguard programme of this type, having a profound impact on parental attitudes and social norms regarding sending adolescent girls to schools.

From a broader perspective, the successive ruling regimes have been obliged to seek legitimacy by delivering on many of their welfare promises, albeit within the limits of an adverse governance environment characterised by widespread corruption and patronage politics (Hossain 2016, Mahmud and Mahmud 2014).

As the gains from low-cost solutions are reaped, continued progress may increasingly depend on increased public social spending and an improvement in service delivery systems. Further reductions in child mortality, for example, will require more expensive child survival interventions, such as hospital-based care to avert neonatal mortality resulting from birth-related complications. Similarly, lowering the currently high maternal mortality rate will also require the provision of relatively costly health services. Again, the existing poor quality of schooling may make it difficult to sustain the gains in school enrolment, as is reflected in the high rates of school drop-outs (Asadullah et al. 2014).

The progress in social development indicators has been achieved to a large extent by bypassing the widespread problem of poor governance afflicting service delivery. This has been possible by keeping government campaigns, such as those for immunisation or ‘social’ marketing of contraceptives, outside the established structure of service delivery and by involving NGOs. Further progress through this route may prove increasingly difficult. Service delivery systems are highly centralised with very little mechanisms for accountability through community participation. The rural healthcare system, for example, is plagued by poor utilisation of services and widespread absenteeism of doctors.

The NGO-based interventions in Bangladesh largely target households or individuals, mostly poor women, instead of using what Sen and Dreze (1995: 190-91) call “the agency of the public”, such as by involving local government institutions. As such, the interventions are mostly effective in promoting self-interested behaviour for individual household welfare, even if the benefits accruing to the targeted households have elements of ‘public good’ (immunisation, birth control, sanitation, etc.). With an absence of effective local government, the NGOs in Bangladesh work almost in parallel with the centralised public service delivery systems. This means that they can hardly work as community-based organisations to enable the poor to claim public services or to sanction service failures.

Clearly, to consolidate the gains made thus far and make further improvements, the challenge lies not only in allocating more budgetary resources for public social spending, but also in improving the governance structure of service delivery. Even then, Bangladesh’s experience shows that it is possible to achieve rapid progress in many social development indicators despite widespread poverty and governance dysfunction, by creating social awareness and using low-cost affordable solutions.

[1] Asadullah et al. (2014) measure the extent of deviations of Bangladesh from the expected value of various social development indicators by running cross-country regressions for different periods with the value of each of these indicators as the dependent variable and the purchasing power parity (PPP)-adjusted per capita income (log) as the independent variable.