The relationship between labour market conditions and policy effects: Evidence from Mexico’s PROGRESA 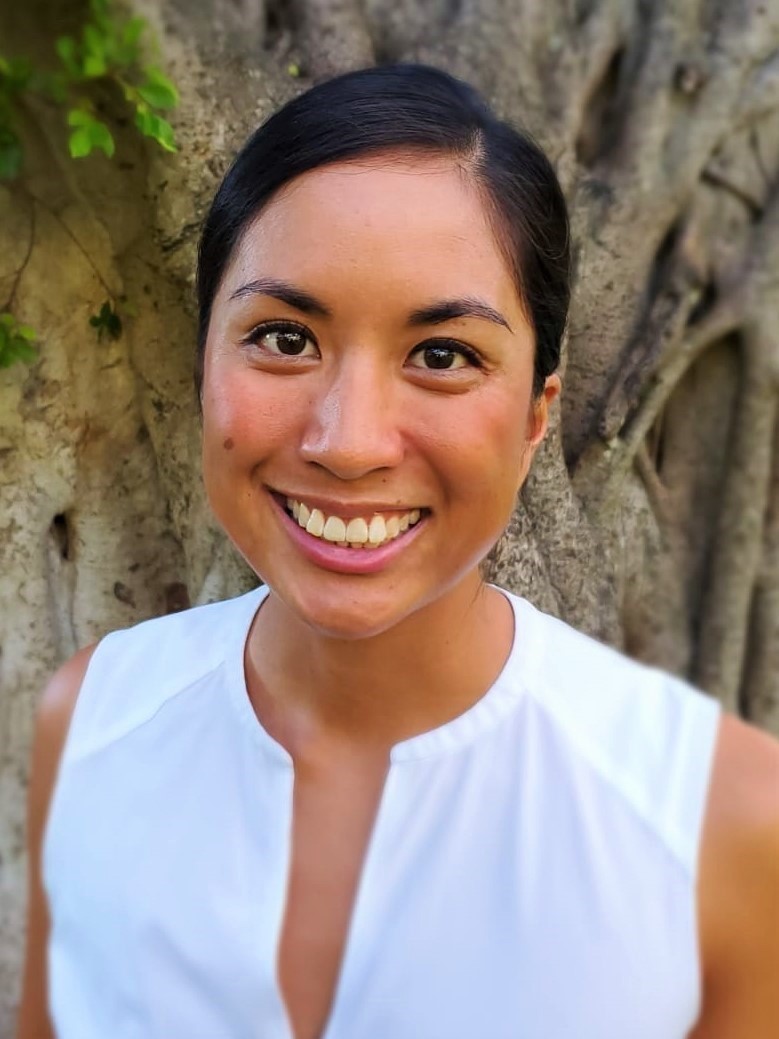 Associate Professor, Department of Economics, University of Hawaii at Manoa 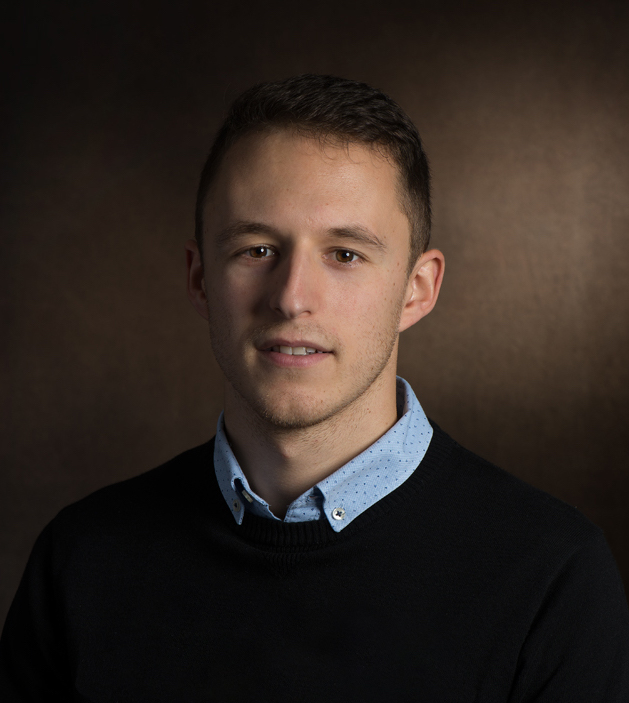 Reducing the cost of education

There is substantial inequality in educational attainment both across and within countries. International organisations like the World Bank and the European Commission have emphasised the need to reduce disparities between groups – defined by age, gender, race, ethnicity, and socioeconomic status (World Bank 2020, European Commission 2015). Various government policies have been implemented in order to mitigate such disparities. Often, these programmes involve reducing the cost of education with the goal of increasing schooling investments among children who would otherwise drop out and enter the labour market at young ages.

The effects of such policies are heterogeneous. For example, the impacts of financial aid policies on college attendance rates range from 0 to 10 percentage points (Herbaut and Geven 2020), while evaluations of private school voucher programs have reported both positive and negative effects on graduation rates (Epple et al. 2017). The effectiveness of conditional cash transfer (CCT) programmes, which provide cash transfers to poor families that satisfy certain education and health-related requirements, also vary widely across settings and groups (Fiszbein and Schady 2009, Glewwe and Muralidharan 2016, Molina-Millán et al. 2019).

How labour markets can determine the effectiveness of educational policies

In our article (Molina and Viediella-Martin 2021), we propose that differences in local labour markets could be one reason why education policies are more effective in some settings than others. We use a theoretical model to help explain why. In this model, parents decide how much schooling their child should get based on discounted future wages (i.e. the cumulative lifetime income they will earn based on their educational attainment, discounted over time) minus the opportunity cost of schooling (which consists of actual tuition and fees, along with forgone wages while the children are still in school).

Since labour market conditions (in particular, the types of jobs that are available) affect future wages and opportunity costs, they factor heavily into the schooling decision. They also play a role in determining how effective a CCT programme will be. In the model, this is captured by how much a schooling decision changes when the cost of schooling falls.

It is difficult to theoretically predict how specific labour market features will influence CCT effectiveness. We therefore seek to answer this question by focusing on a specific example: the implementation of Mexico’s landmark CCT programme along with the rise of export manufacturing that took place around the same time.

The Programa de Educación, Salud y Alimentación (PROGRESA) began in Mexico in 1997. The education component of PROGRESA consisted of cash payments given to mothers whose children had school attendance rates of at least 85%. For evaluation purposes, PROGRESA was initially rolled out experimentally: a randomly selected set of treatment villages obtained the programme in 1998 and the remaining control villages received it in 1999. Due to this randomisation, causal estimates of the programme’s impact can be obtained by comparing the outcomes of eligible households in treatment and control villages. Numerous studies have used this to estimate PROGRESA’s effects on a wide range of outcomes, summarised in Parker et al. (2017) and Molina-Millán et al. (2019), among others. In terms of educational outcomes, PROGRESA increased school attendance, enrollment and grade progression, and reduced dropout.

Although PROGRESA is generally deemed a success, we document in our study that it only had positive and statistically significant education effects in three out of the seven states in which it was initially implemented. We estimate statistically insignificant effects close to zero in the remaining four states, as shown in Figure 1. 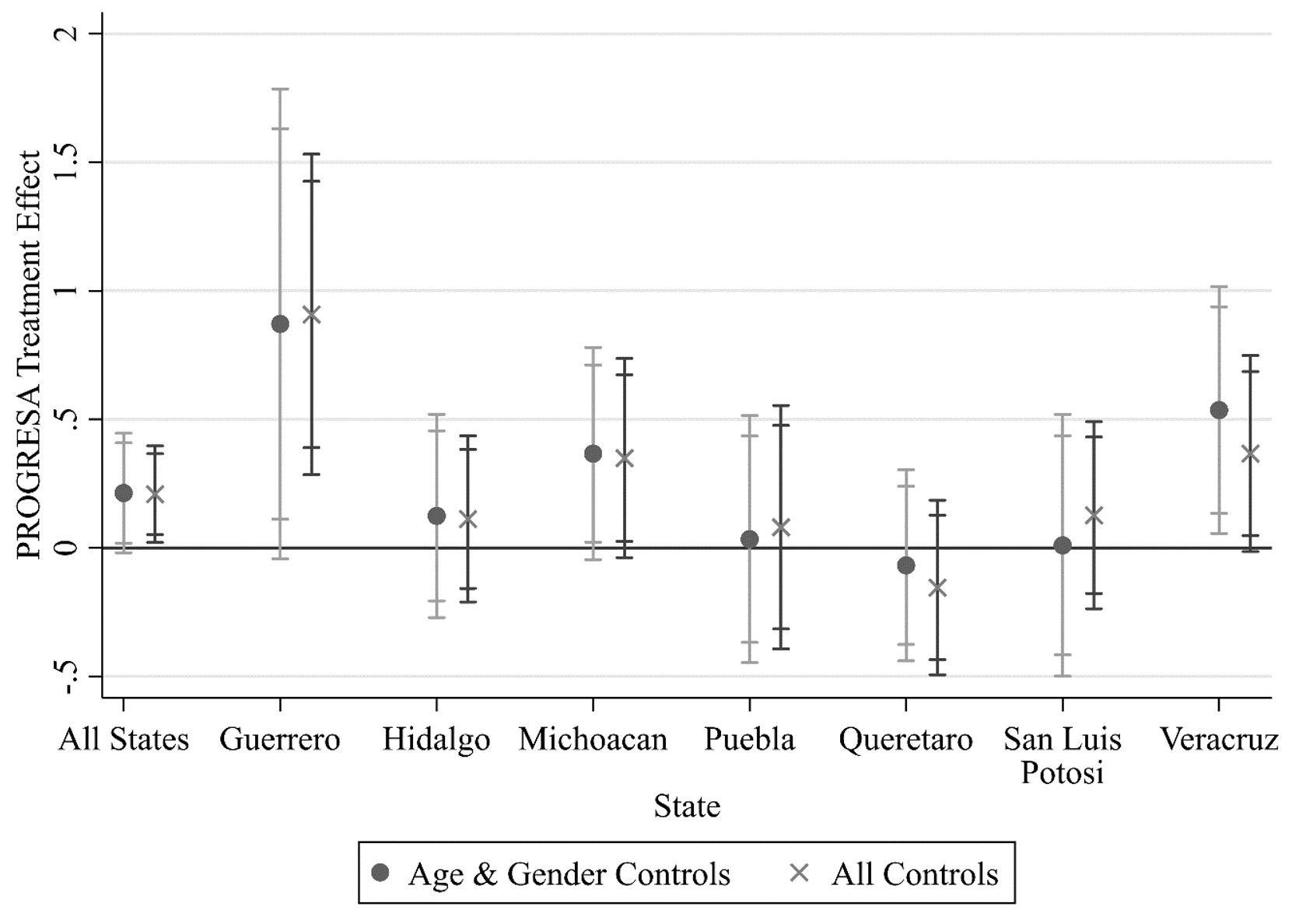 Could part of the heterogeneity in Figure 1 be driven by labour market conditions? We start by graphing the relationship between the effect of the program in each state and various state-level labour market conditions: manufacturing shares, agricultural shares, white-collar shares, and more. The most striking finding is a strong negative correlation between the magnitude of a state’s PROGRESA impact and its share of workers in manufacturing. Figure 2 shows PROGRESA was less successful at improving schooling outcomes in areas with more manufacturing jobs. 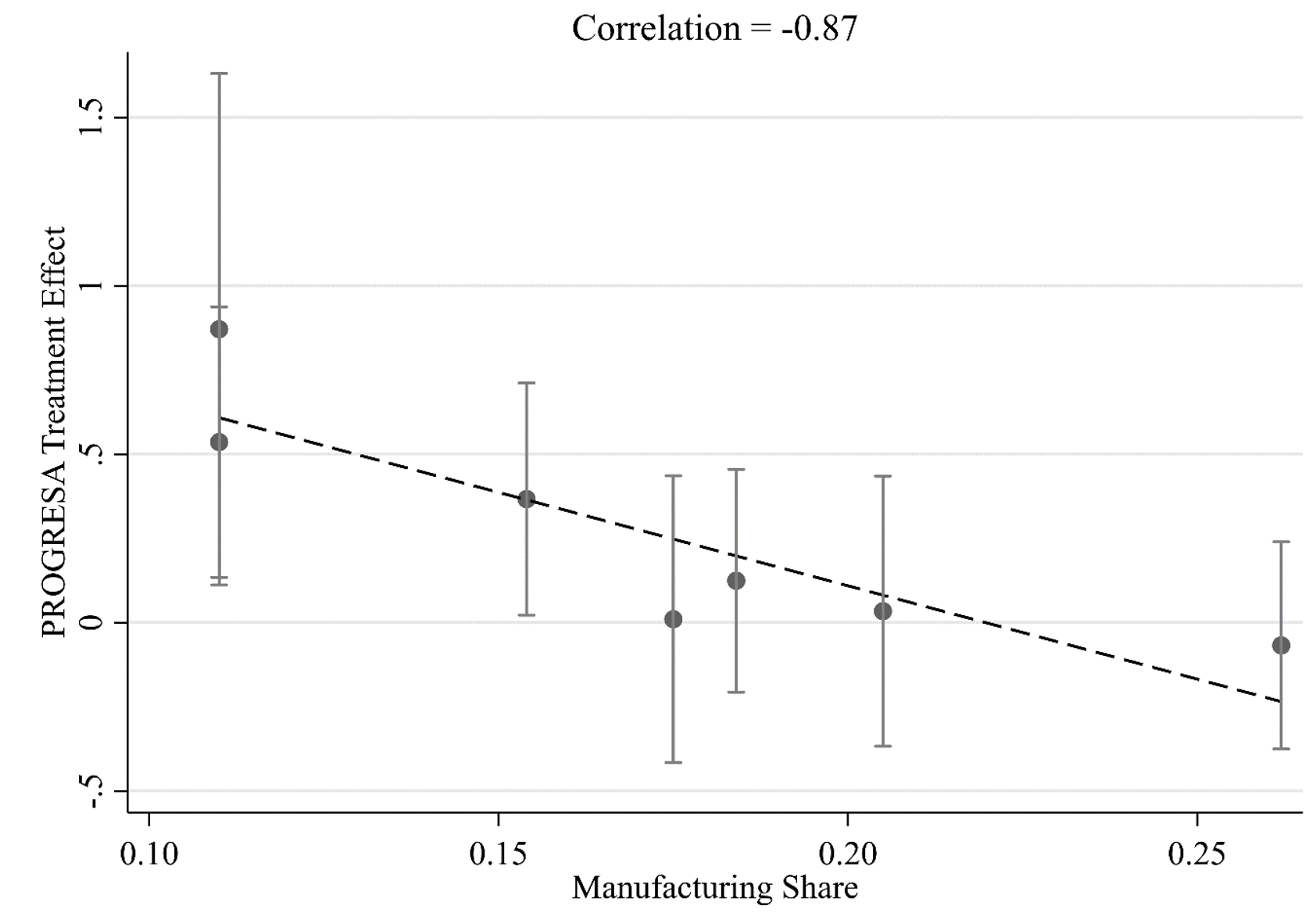 Of course, there are many other factors that might be behind this correlation. To investigate further, we focus on a specific type of manufacturing job that played an important role in Mexico’s development in the 1990s: export-oriented manufacturing. Because the availability of these jobs in a given location is determined in part by external demand shocks (and not just local demand and supply), export manufacturing shares have the advantage of being less correlated with local characteristics than overall manufacturing shares.

Across a wide range of specifications, our results reveal that PROGRESA improved educational attainment and contemporaneous school attendance, but less so in areas with many export jobs. Combining insights from our theoretical model with additional analyses of census and IMSS data, we conclude this is because the opportunity costs of schooling are more convex (i.e., increasing faster with each additional year of school) in areas with more export-manufacturing jobs.

Additional evidence supports the argument that opportunity costs are the driving force behind our results. For example, the heterogeneity in PROGRESA’s effectiveness is stronger for children who are old enough to be working a factory job. Additionally, this heterogeneity is also starker when we focus on low-wage export jobs that are more obtainable for someone who drops out of school before graduating high school. We rule out several alternative explanations for our findings: for example, that the heterogeneity we document is not due to other subdelegation characteristics like average educational attainment or income, or household characteristics like parental occupation type or migration behaviour.

The case of PROGRESA and manufacturing jobs is only one example of how labour market conditions influence the effectiveness of government policies. This could be an understudied explanation for why the effects of minimum wage policy, health insurance expansions, financial aid programs, and other government policies differ drastically across settings.

More generally, our results highlight how the simultaneous pursuit of a variety of development goals might not always be feasible. Increasing educational attainment is one goal often prioritised by governments and international organisations (United Nations 2016). The creation of a strong manufacturing sector and, in particular, one that is export-oriented is another goal that has featured prominently in the development path of many nations (Lederman et al. 2010, Lustig 2001, Page 1994). Our paper provides evidence that the pursuit of the one goal may hinder efforts aimed at the other.

Herbaut, E and K Geven (2020), “What works to reduce inequalities in higher education? A systematic review of the (quasi-) experimental literature on outreach and financial aid”, Research in Social Stratification and Mobility 65:100442.

United Nations (2016), Transforming our world: The 2030 agenda for sustainable development.