The role of drug packaging in malaria medication adherence in Uganda 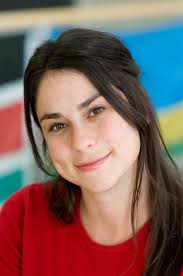 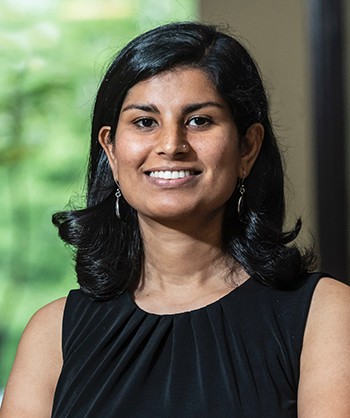 For many illnesses, both chronic and acute, patients do not finish their full medication course, often leading to poor health outcomes (Sabaté and World Health Organization 2003; Osterberg and Blaschke 2005). Despite a growing number of interventions designed to increase medication adherence, including training of pharmacists, patient counselling, special reminder pill packaging, text message reminders, and financial incentives, none have worked consistently across different contexts and little progress has been made in establishing underlying reasons for non-adherence (Haynes et al. 2008; McDonald, Garg and Haynes 2002; Volpp et al. 2008; Raifman et al. 2014)

The problem with non-adherence

Non-adherence to malaria medication is particularly problematic for several reasons:

Despite the availability of a very effective medication (artemisinin-combination therapies or ACTs) and a short three-day treatment regimen, in some contexts, up to 60% of people do not finish the full course of drugs (Banek et al. 2014).

We tested several drug packaging interventions designed to increase adherence to ACTs among people visiting private sector drug shops for malaria treatment in Uganda (Cohen and Saran 2018). The private health sector in Sub-Saharan Africa ranges from small informal retail shops to more formal private health centers. It is a major source of care for patients in the region but facilities vary widely in the quality of medical advice and drugs they provide. The goal of the experiment was to test whether simple, inexpensive additions to the standard ACT package —something that a pharmaceutical manufacturer could easily implement on a large scale — could increase patient adherence.

Nine drug shops in central Uganda were randomised each day into selling subsidised ACTs, either with the control package or with one of four intervention packages. The control package was the standard package in which ACTs were sold in Uganda and elsewhere in Africa at the time. Inside the box was a blister pack, which grouped the pills by dose and day, and a paper insert with small print about dosing, side effects, etc. (see Figure 1)

The “CAPSS” package was the status quo approach to promoting adherence, using specialised glossy packaging and colourful pictorial instructions on how to take the medicine correctly. The CAPSS package, and others like it, add 15-20 cents to the cost of the ACT (roughly 3-11% of the unsubsidised cost of the ACT) and can be a source of bottlenecks in the drug supply chain. Because the costs are high, we also tested a packaging type that conveyed the same information content at a significantly lower cost. We created a handout that was a black and white paper copy of the CAPSS package and wrapped it around the control package when distributing the medication at the drug shop (CAPSS Information Pack).

We also tested simple, targeted messages to promote adherence, delivered via stickers attached to the control packaging. The first sticker said, “Malaria is not gone until ALL tablets are finished” and was designed to address non-adherence based on the belief that the illness is cured when symptoms have resolved. The second sticker said, “Finish ALL tablets. Saving tablets for later can be harmful for malaria control in your community”. This message aimed to discourage the saving of pills for the next malaria episode, while encouraging patients to internalise the externality associated with non-adherence. Both stickers were yellow and placed in the front and centre of the box of medicines.

Study staff visited the home of the client approximately three days after ACT purchase to check whether the patient had finished the pills (by examining the drug blister pack). Individuals were not told of the intent to follow up to avoid influencing behaviour. 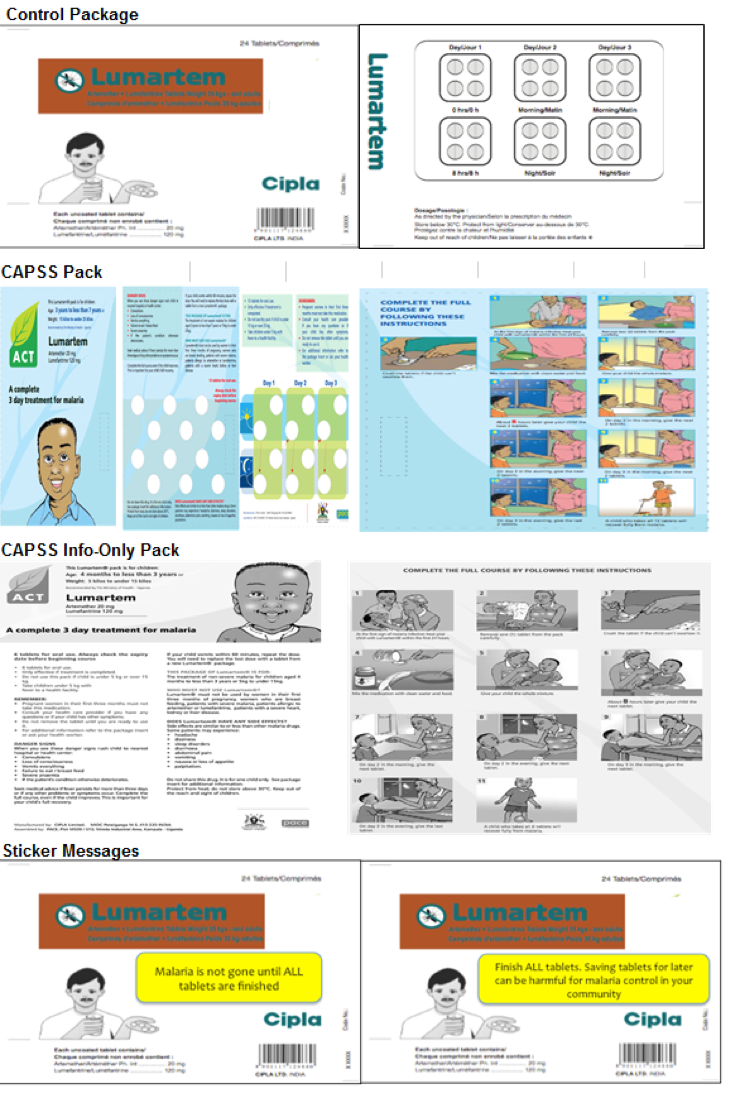 In the control group, 64% of study participants finished the full course of drugs. Among those who did not finish, they had, on average, a day’s worth of drugs remaining (of the three-day course). We found that neither the CAPSS nor the CAPSS-Information Only packages significantly increased adherence to the treatment regimen compared to the standard control package. However, both the sticker messages increased adherence by about six percentage points relative to the control package and reduced the number of untaken pills by 29%.

The purpose of this study was to not only test whether these specific package types could boost adherence, but also to better understand the underlying reasons for non-adherence. We looked at the role of symptoms and the importance of patients’ beliefs about whether they were cured before the treatment course was completed.

We found that those in the control group who said that their symptoms had resolved mid-way through the treatment course were substantially less likely to finish their medication than those whose symptoms resolved later in the treatment course. Similarly, adherence rates in the control group were lower for those who believed that they were cured on the first day of treatment than for those who believed they were cured later in the treatment (see Figure 2). Further, the sticker messages had the largest impacts on adherence among these patients with earlier symptom resolution. 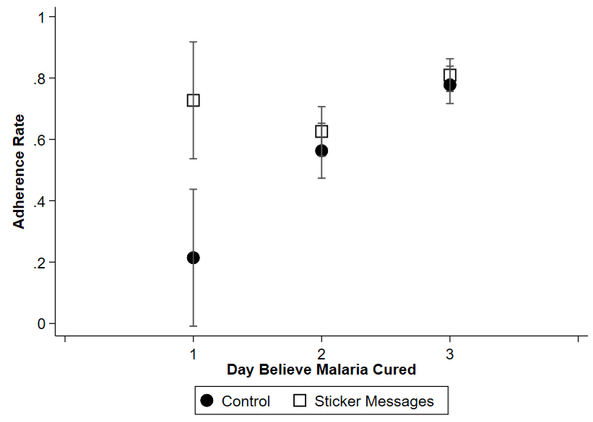 Notes: Adherence rates, and 95% confidence intervals, according to when patients said at the follow-up survey that they believed their malaria went away (Day 1 is the day they started treatment).

We find that simple, cheap messages that encourage adherence can moderately increase adherence to ACTs among patients visiting retail drug shops in central Uganda. While the adherence effects are modest, the sticker messages are still likely to be cost-effective. We estimate that they cost between $0.82 and $3.93 per averted malaria infection. Most importantly, these additions to the package design could be easily scaled up to increase adherence in the private sector where patients may not always receive the best medical advice and may be unsure about whether the treatment is effective, how to take the drug correctly, and when they are cured of the illness.

Our results suggest that interventions targeting adherence need to convince patients to continue taking the medication even once symptoms have resolved and they believe they are cured. While we cannot say precisely why the short messages were more effective in increasing adherence compared to the more detailed CAPSS/CAPSS-Information packages, it may be that the stickers were simply more visible. The fact that the stickers only consisted of a single message may have also highlighted for patients the importance of adherence. More research is needed to understand how the content and design of messages affects patients' beliefs and behaviours.

Cohen, J and Saran, I (2018). “The Impact of Packaging and Messaging on Adherence to Malaria Treatment: Evidence from a Randomized Controlled Trial in Uganda”, Journal of Development Economics 134 (September): 68–95.