Texting to save lives: Evidence from cardiovascular treatment reform in Mexico 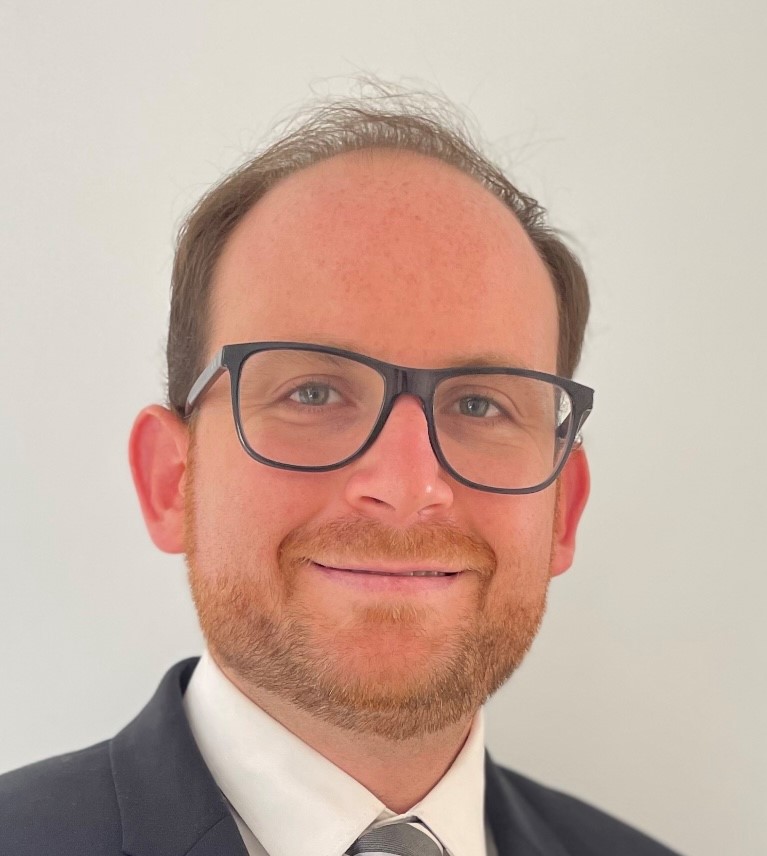 Radical improvements in information and communication technology (ICT) have been referred to as the ‘fourth industrial revolution’ due to their potential to dramatically increase productivity and reshape the way we interact. Industries such as transportation, home entertainment, and food delivery have experienced dramatic changes and now rely on applications that automate and optimise service delivery.

Healthcare is one of the industries in which this technological revolution could have the most transformative impacts as it requires physicians to analyse information from multiple sources in order to properly diagnose and treat their patients. In principle, ICT can help overcome barriers related to information sharing and coordination by automating reports and providing immediate access to a patient’s medical history through electronic health records (EHRs). This represents a substantial improvement over physician's illegible handwriting or visualising results while talking on the phone. In an influential study, Hillestad et al. (2005) argue that the effective and widespread implementation of EHRs could generate savings of over $81 billion per year in the US while improving healthcare efficiency and safety.

Several nations have recognised the potential of ICT to improve healthcare efficiency and clinical outcomes and have consequently spent billions of dollars to develop centralised EHR systems capable of exchanging information. For example, the US Health Information Technology for Economic and Clinical Health (HITECH) Act, passed in 2009, allocated $30 billion to increase the take-up of EHRs in hospitals and adoption skyrocketed from 20% in 2009 to over 85% today. Despite these investments however, literature finds small positive effects of health IT adoption on health outcomes and costs. There is vast heterogeneity, and many adopters obtain no positive returns (see Bronsoler et al. 2022 for a review). A subsequent study (Kellerman and Jones 2013) shows that the predicted effects of a shift to EHR did not materialise in large part due to systems that are neither interoperable nor easy to use.

In my paper (Bronsoler 2021), I investigate whether leveraging widely available group chat technology can enhance provider coordination and patient outcomes in Mexico.  I exploit the implementation of the Código Infarto (CI) programme (in English, “Code Heart Attack”) that aims to decrease time to treatment for heart attack patients, with a view to reducing heart attack mortality. CI comprises two simple interventions. The first is a simple and cost effective intervention in which doctors in low- and high-specialty hospitals created chat groups on common apps (mainly WhatsApp) to share patient information. These groups allowed doctors to send electrocardiogram (ECG) scans to other physicians and coordinate transfers more quickly than over the phone, as they used to do. Before the intervention, doctors would have to call the specialised centre, wait for a secretary to patch them through to a doctor that could authorise transfers, and discuss the case over the phone. The information of the incoming patient was often not received by the emergency department in time and re-running diagnostic tests for transferred patients upon arrival was not uncommon. The second intervention involved a sizeable investment in care at low specialty hospitals by prioritising a room for heart attack patients so they would be treated more quickly.

The programme was launched on hospitals from the Mexican Social Security Institute (IMSS), the single-payer insurance plan for the country's formal sector workers with over 70 million beneficiaries. IMSS has 23 regional hospital networks to treat heart attacks, each with a specialised centre and many low-specialty hospitals. The CI program started in Mexico City’s southern network in February 2015 and has since expanded to all 23 networks and the 191 hospitals that treat heart attacks. To study the effect of the CI programme, I exploit the fact that the its implementation was staggered across the IMSS’s 23 regional hospital networks and evaluate its impact on patient survival, transfer rate and transfer time based on case-level administrative data for 80,354 individuals who suffered heart attacks between 2013 and 2019. 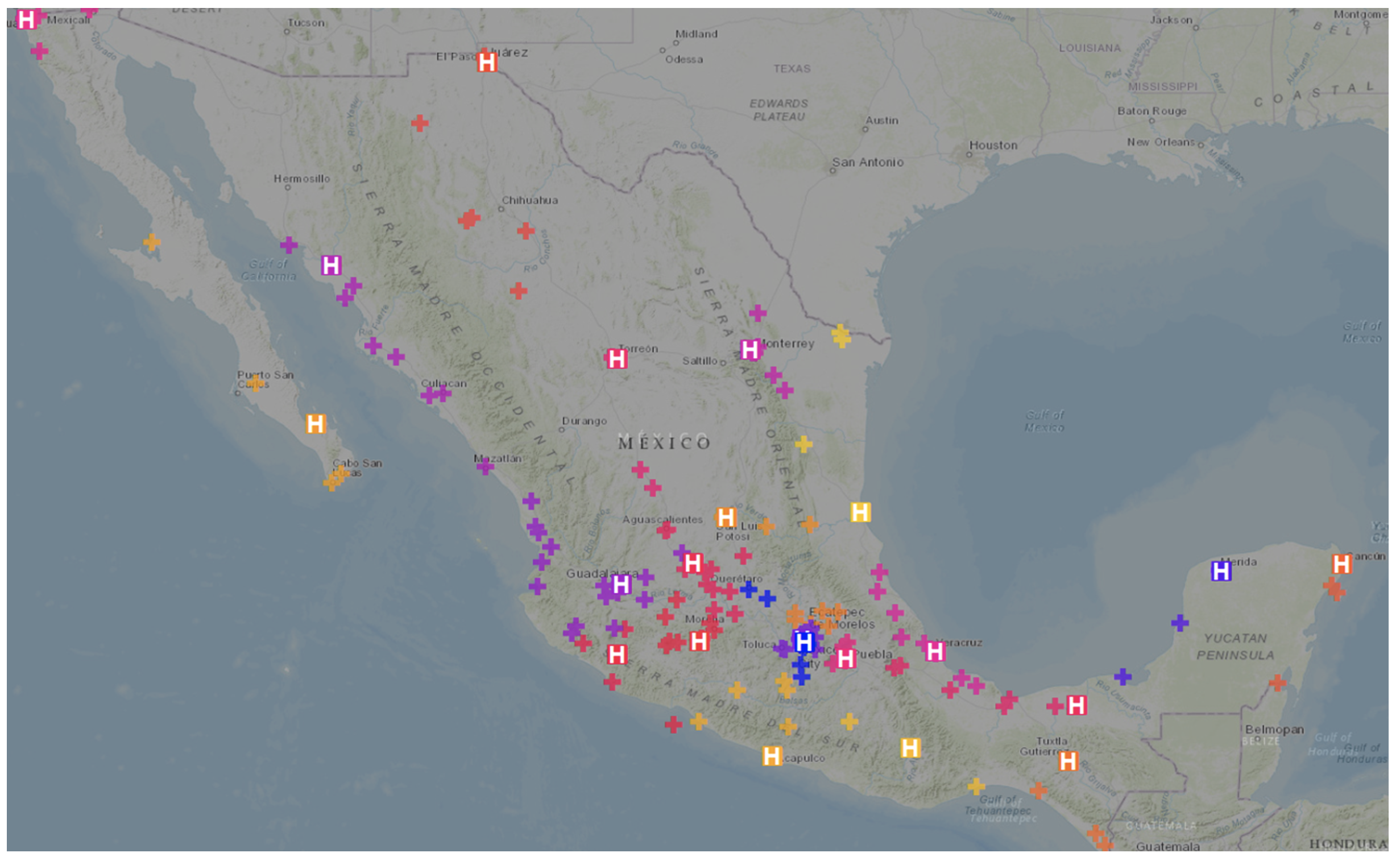 Note: The map shows the 23 networks in the system highlighting each specialised centre with an H and adding a different colour for each network.
Source: Author’s visualisation.

I find that the CI programme led to a 7% (3.4 percentage point) increase in the survival rate of patients that arrive to a general hospital and a 25% (2.5 percentage point) rise in transfers. Transfers became 33% (four hours) faster, on average, with no negative externalities for patients that arrived to the specialised reperfusion centre directly.  This is an enormous increase in survival rates, which is almost 50% larger than the mean 2.6 percentage point improvement in heart attack mortality in OECD countries from 2007 to 2017 (OECD 2019). 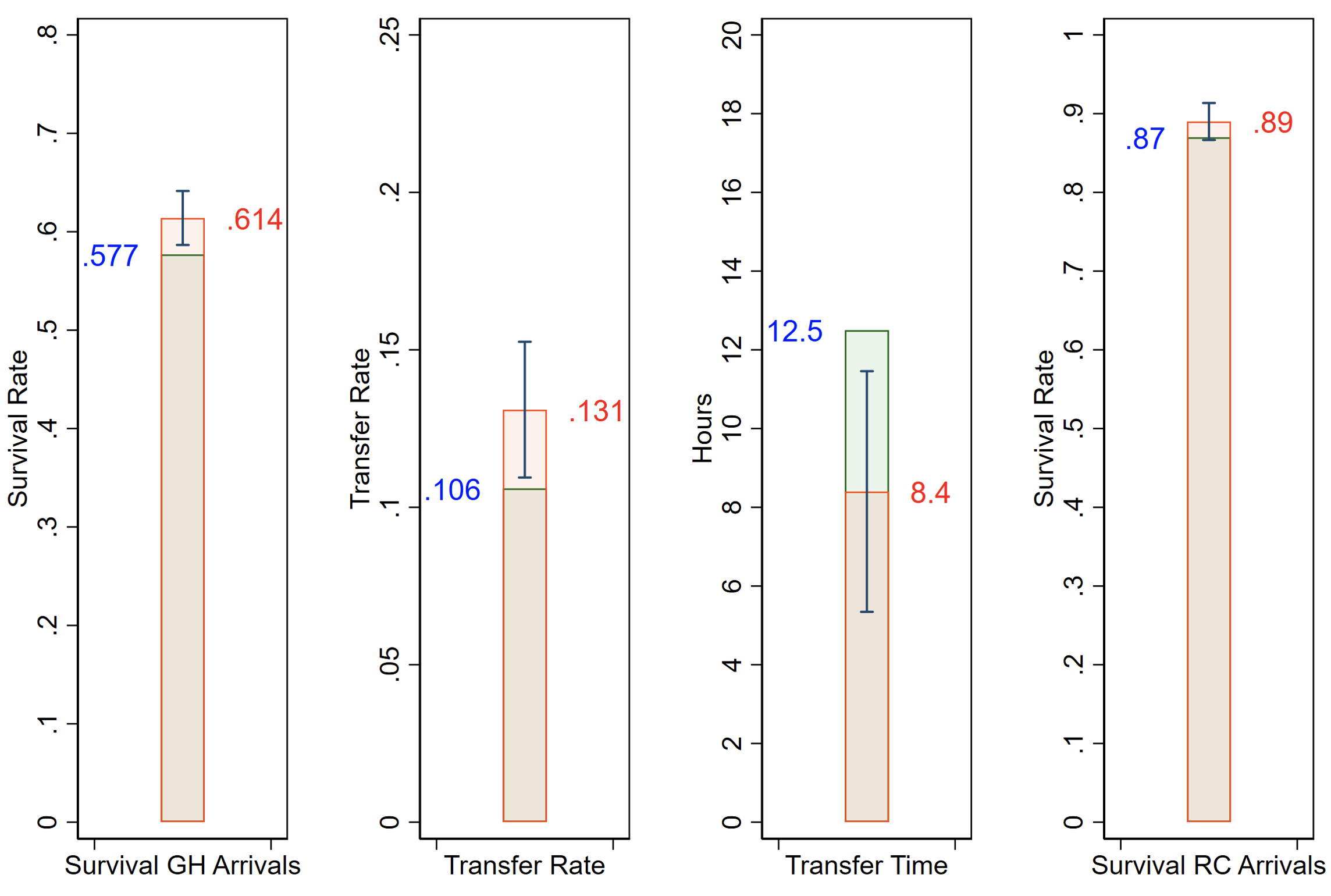 In terms of mechanisms, I find that the effect is bigger when there is more to gain from transfers. Low-specialty hospitals that have a bigger survival rate gap with the specialised centre they can refer patients to benefit more and drive the overall effect. Hospitals in the top tercile of the survival gap distribution exhibit a 29% (12 percentage point) increase in survival and an 85% (5 percentage point) increase in transfers.

The above results show that the interventions are effective and that the ICT component is playing a role, since transfers are faster and more common. However, we cannot disentangle each component’s contribution, since who is transferred is affected by the CI programme. To identify each component's contribution, I develop a structural model in which physicians at hospitals with heterogeneous capabilities decide how to treat a heart attack patient.

The model focuses on the decision that physicians face after receiving a patient at a hospital. They can potentially transfer the individual to a more advanced healthcare centre, but doing so would have a cost in terms of severity as increased time to treatment worsens conditions. This cost is bigger the more severe the case is. Doctors will choose to transfer a patient if the expected gain in their probability of survival is high enough to make the investment worthwhile. The model highlights that patients in the middle are the ones who are transferred since the mildest cases can be treated at general hospitals and the sickest patients would not survive a transfer. Moreover, the model shows that reducing the transfer costs (by improving coordination) would increase transfers and improved capabilities at general hospitals reduce the need for transfers.

I employ the reduced-form estimates to back out the model's structural parameters, which I use to perform a counterfactual policy analysis and estimate the effect of each component of the programme on its own. I conclude that facilitating across-hospital transfers through better communication would have provided 68% of the total effect alone. I also estimate that the cost per life saved of the ICT component, induced by additional transfers, is $10,625, which highlights how cost-effective simple interventions can be.

In sum, my paper shows that leveraging widely available technology can be useful to reduce fragmentation within hospital networks and offers two key takeaways. On the one hand, relying on existing and cheap to implement technology reduces entry costs and could enable the developing world to get large coordination benefits without having to spend large resources on software. On the other hand, creating software that assimilates applications used by medical staff can prevent adoption reluctance and interoperability issues, which are partly responsible for the underwhelming results from ICT implementation so far.

Bronsoler, A (2021), “Texting to Save Lives: Evidence from Cardiovascular Treatment Reform in Mexico”.

Bronsoler, A, J Doyle, and J Van Reenen (2022), “The Impact of Health Information and Communication Technology on Clinical Quality, Productivity, and Workers”, Annual Review of Economics 14.