Pay for Performance in the public sector Health & Education

The unexpected effects of financial incentives on healthcare providers 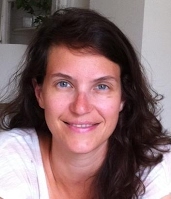 Whilst financial incentives to healthcare providers might seem a sensible solution to improving service provision, evidence from DRC shows otherwise

Editors' note: This column is part of our series on pay-for-performance.

The World Health Organisation estimates that global life expectancy at birth in 2016 was 61.2 years in the African Region, compared with 77.5 years in the European Region. Most of this gap is due to child mortality – about one child in every 13 born on the African continent dies before reaching the age of five. Most child mortality is due to diseases that are cheap and easy to prevent or treat in many parts of the world. One of the biggest development challenges is therefore to make basic health and medical solutions available to everyone.

In recent years, many governments in sub-Saharan Africa have attempted to tackle this challenge by providing service providers with financial incentives as a tool to increase the level of effort and output of health providers. The details of these financial incentive schemes vary, but the general principle is to tie payments to health facilities to the volume and/or quality of services provided (these financing models are known as ‘performance-based payments’, ‘result-based financing’, or ‘pay-for-performance’, hereafter P4P). Rather than paying providers whether or not they show up at the facility, and whether or not they treat some patients, does it not make sense – at least in part – to pay them according to what they do? As shown in Figure 1, most African countries have answered ‘yes’ to this question and engaged in a form of P4P scheme in the health sector.

Figure 1 Results-based financing in Africa in 2013 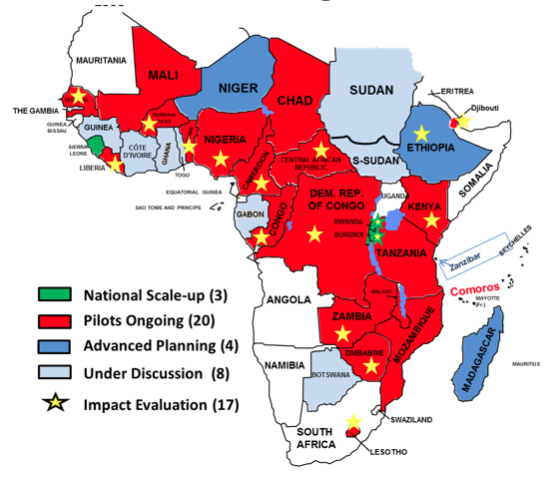 However, the evidence on the impacts of financial incentives for health providers is limited. Several studies suggest that P4P schemes improve service delivery (see Eichler and Levine 2009 for an overview). However, the presence of confounding factors means the question is largely unanswered (Christianson et al. 2008, Eldridge and Palmer 2009). Three rigorous studies provide evidence that financial rewards did motivate health workers, but did not lead to any change in ultimate health outcomes (Banerjee and Duflo 2008, Peabody et al. 2011, Olken et al. 2014). On the other hand, a performance-based financing scheme in Rwanda was efficient at increasing utilisation of some targeted services and worker productivity, as well as at improving some targeted health outcomes (Basinga et al. 2011, De Walque et al. 2013, Gertler and Vermeesch 2013).

Why such heterogeneous impacts?

The impact of P4P may be positive under two conditions:

On the other hand, financial incentives could also have negative impacts if, for example, health workers focus on providing a set of targeted services and reduce their effort in non-targeted services. Similarly, providing rewards might deter the intrinsic motivation of the health workers. Finally, if performance targets are difficult to meet, service providers may feel stressed or discouraged after investing additional effort but not being rewarded in the end. Rigorous research is thus needed to better understand how and when pay-for-performance models can improve health outcomes.

The pay-for-performance scheme in the Democratic Republic of Congo

In the Democratic Republic of Congo (DRC), the government is concerned about substantial proportions of the population not using health services such as immunisation, prenatal services, attended delivery, or curative services. The government has therefore aimed at improving health outcomes by increasing service utilisation. In order to increase service utilisation further, it designed a payment scheme providing health workers with incentives. Instead of a fixed payment to each health facility, the government allocates the same total budget to facilities based on levels of service utilisation. Therefore, payments to each health facility are linked to a simple performance criterion, namely the volume of patients in this facility relative to other facilities for a number of pre-determined services. This incentive scheme, similar to fee-for-service payments within a constrained budget, introduces competition among health facilities in access to public funds, with the hope that competition will encourage health workers to develop appropriate strategies to increase supplier-induced demand.

We tested the efficiency of this incentive scheme compared to fixed payments. As the two payment schemes are based on an equal total budget, the resource effect is neutralised and we evaluate the pure incentive effect. A field experiment was conducted in the Haut-Katanga district, where the 96 health areas of the district were randomly assigned to either fee-for-service payments or fixed payments from June 2010 to September 2012.

Impacts: A slight decline in the use of health services and health outcomes

We find that, relative to fixed payments, the incentive scheme led to an overall slightly smaller utilisation of health services by the population (Huillery and Seban 2018). Incentivised health workers thus failed to achieve in the performance criterion. We also find a slight deterioration in new-born health outcomes. In incentivised facilities, revenue was found to be 42% lower (even though they received the same average amount from the government), and worker income 34% lower, than in the fixed payment facilities. The lower revenue came along with lower quantity and quality of equipment and infrastructure than in the fixed payment group.

Interestingly, the lower performances in incentivised health areas relative to fixed payment areas do not result from lower worker efforts. On the contrary, fee-for-service spurred health workers into greater effort to attract patients than fixed payments: (1) they were more present in facilities; (2) they organised more information sessions at facilities and outreach activities; and (3) they offered significantly lower user fees for targeted services (which, together with lower utilisation, explains the large negative impact on facility revenue). Equally important, their effort to attract patients was focused on targeted services with no substitution away from non-targeted services. We also find that the reward did not induce significant score manipulation or significant free-riding among health workers. The only adverse effect that can be observed is a change in workers' structure of motivation: the incentive scheme increased the weight of external motives relative to intrinsic motives compared with fixed payments.

Why the counterproductive effects?

To make financial incentives work, it may be necessary to provide the population with a better understanding of health service benefits, a strategy that was not picked up by the incentivised health workers. Our results echo the theoretical literature on the signalling value of prices and advertising (see Bagwell 2007 for an overview): when consumers cannot pin down the value of a product, higher prices are associated with higher perceived value. Besides, lower quantity and quality of equipment and infrastructure resulting from the loss in facilities' revenue due to lower service prices may have created (or amplified) the negative signal on service quality. Finally, the change in worker attitude may have been perceptible and amplified further the negative impact on service utilisation.

Financial incentives to health providers may lead to disappointing results in terms of public health. In fact, our study shows that financial incentives can generate misplaced effort and that incentivised workers are not always more productive. Presumably, workers were not trained on how to increase demand for health services, which points to the potential mismatch between incentive approaches and workers’ skills.

The key policy implication is that financial incentives to service providers should be used with caution whenever performance is not easy to observe or the rewarded task requires complex strategies and workers do not understand adequately the demand curve for health care. Financial incentives may be more appropriate where the rewarded task is easy and in connection with worker skills.

Banerjee A, E Duflo and R Glennester (2008), “Putting a band-aid on a corpse: Incentives for nurses in the Indian public health care system”, The Journal of European Economic Association, 6(2-3), 487-500.

Basinga P, P Gertler, A Binagwaho, A Soucat, J Sturdy and C Vermeersch (2011), “Effect on maternal and child health services in Rwanda of payment to primary health-care providers for performance: An impact evaluation”, The Lancet, 377(9775): 1421 - 1428.

Eldridge, C and N Palmer (2009), “Performance-based payment: Some reflections on the discourse evidence and unanswered questions”, Health Policy and Planning, 24:160–166.

Huillery E and J Seban (2018), “Financial incentives, efforts, and performances in the health sector: Experimental evidence from the Democratic Republic of Congo”, forthcoming in Economic Development and Cultural Change.