Communication infrastructure and stabilising food prices: Evidence from the telegraph network in China 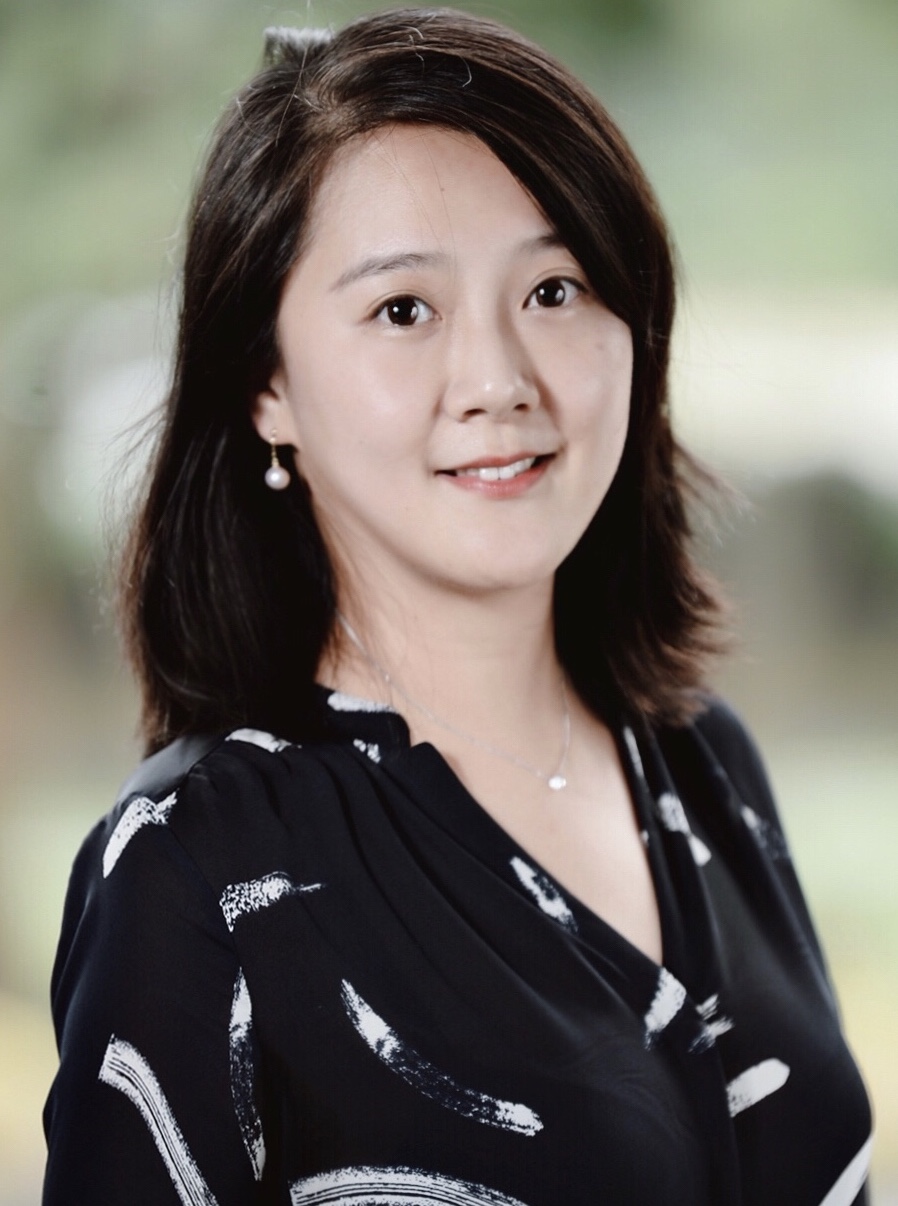 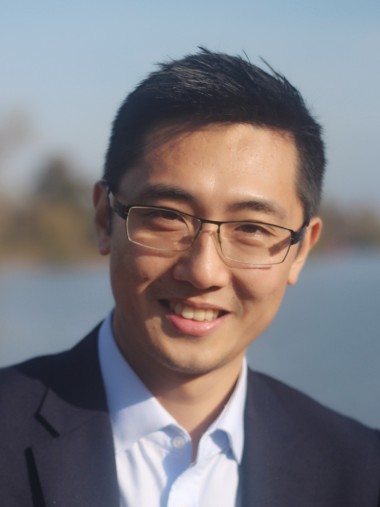 Wild price fluctuations are a prominent feature of agricultural markets because of their relatively inelastic demand and (short-run) supply and substantial production risk. As a result, governments and international organisations have long sought to tame extreme food prices – especially for staple food items like grains – as an important policy goal. A growing body of empirical work has documented the possible severe consequences of extreme food prices, including social unrest, political turmoil, malnutrition of vulnerable populations and high mortality rates (e.g. Burgess and Donaldson 2010, Arezki and Bruckner 2011, Kudamatsu et al. 2012, Kung and Ma 2014, Bellemare 2015). It suggests that the difficulty of coping with extremely high food prices could create substantial and potentially irreversible welfare losses for poor households and regions. At the same time, another strand of literature shows that a fall in communication times resulting from major improvements in communication infrastructure, such as mobile phones and the telegraph, can facilitate cross-market integration and increase trade volumes (Jensen 2007, Aker 2010, Allen 2014, Steinwender 2018). However, discussions on the impact of reduction of information frictions on price variability are conspicuous by their absence. In our recent study (Gao and Lei 2021), we attempt to address this gap in the literature and examine whether access to timely information reduces grain price variability.

Our study: Exploiting a setting in history

We explore the roll-out of the telegraph network between 1870 and 1904. By comparing telegraph-connected regions to those not connected, we find that the telegraph, by allowing the immediate exchange of information, strongly attenuated both the magnitudes and the incidence of extreme prices. According to our preferred specification, telegraph access leads to a reduction in maximum rice prices by about 4% of its mean. It also lowers the average likelihood of the occurrence of rice price spikes from 1.8% to 1.2%.

In Figure 1, we present the differences in maximum rice prices between telegraph-connected regions and regions with no telegraph connection over three years. It shows that the downward shifting of the maximum price occurred immediately after the telegraph arrived and finished within one year. Such a sharp decline in price surges is key as it suggests that our results are not driven by slow-moving confounding factors, such as rising population or improvement in institutions. Importantly, we also show that the effect of the telegraph depends on the scale of the network, meaning that the attenuating effect of the telegraph rises when more regions with relatively lower prices are connected to the network. 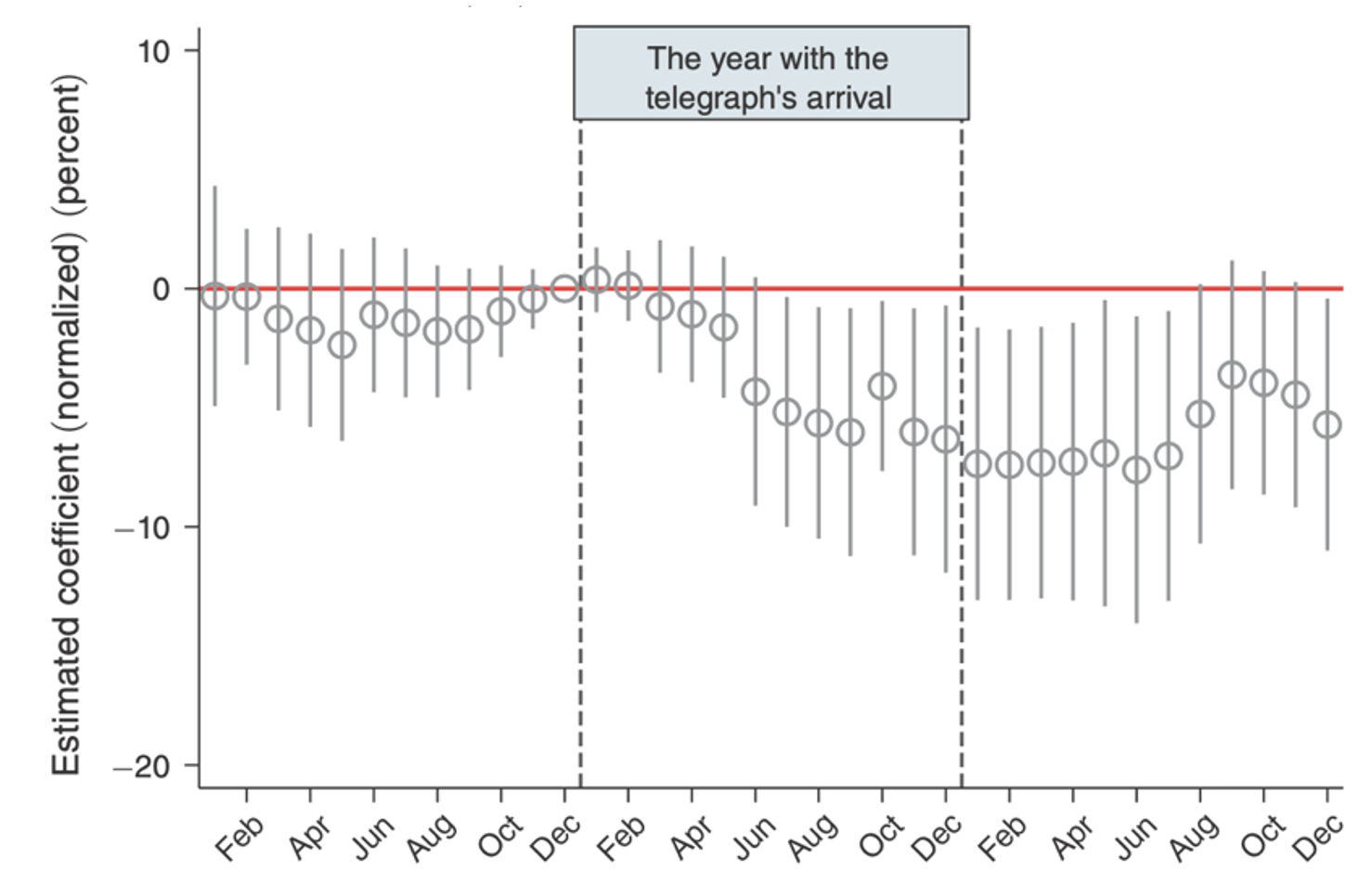 In theory, there are two opposing mechanisms behind the telegraph’s mitigating effect on price surges: telegraph access could mitigate the responsiveness of prices to local shocks, but it also exposes local markets to external shocks. To empirically test the two underlying mechanisms, we utilise extreme weather events (such as floods and droughts) as observable and region-specific productivity shocks to separate local and external productivity shocks. In doing so, we are able to show an interesting pattern in that the extremely high prices induced by local weather shocks can be mitigated by telegraph access, while telegraph connection also made local prices more responsive to shocks that occurred in other telegraph-connected regions. Taking these two results together, the findings indicate that access to timely information, brought about by the telegraph, could enable risk-sharing across connected markets by spreading the impact of a negative event to a wider region.

If access to timely information enables risk-sharing across regions, then telegraph access would  mitigate price variability in regions with a high extent of risk, while simultaneously amplifying price reactions in previously price-stable regions. We use weather-induced price volatility to proxy for the extent of risk for a market, because price volatility reflects market responses to both the size and frequency of production shocks. 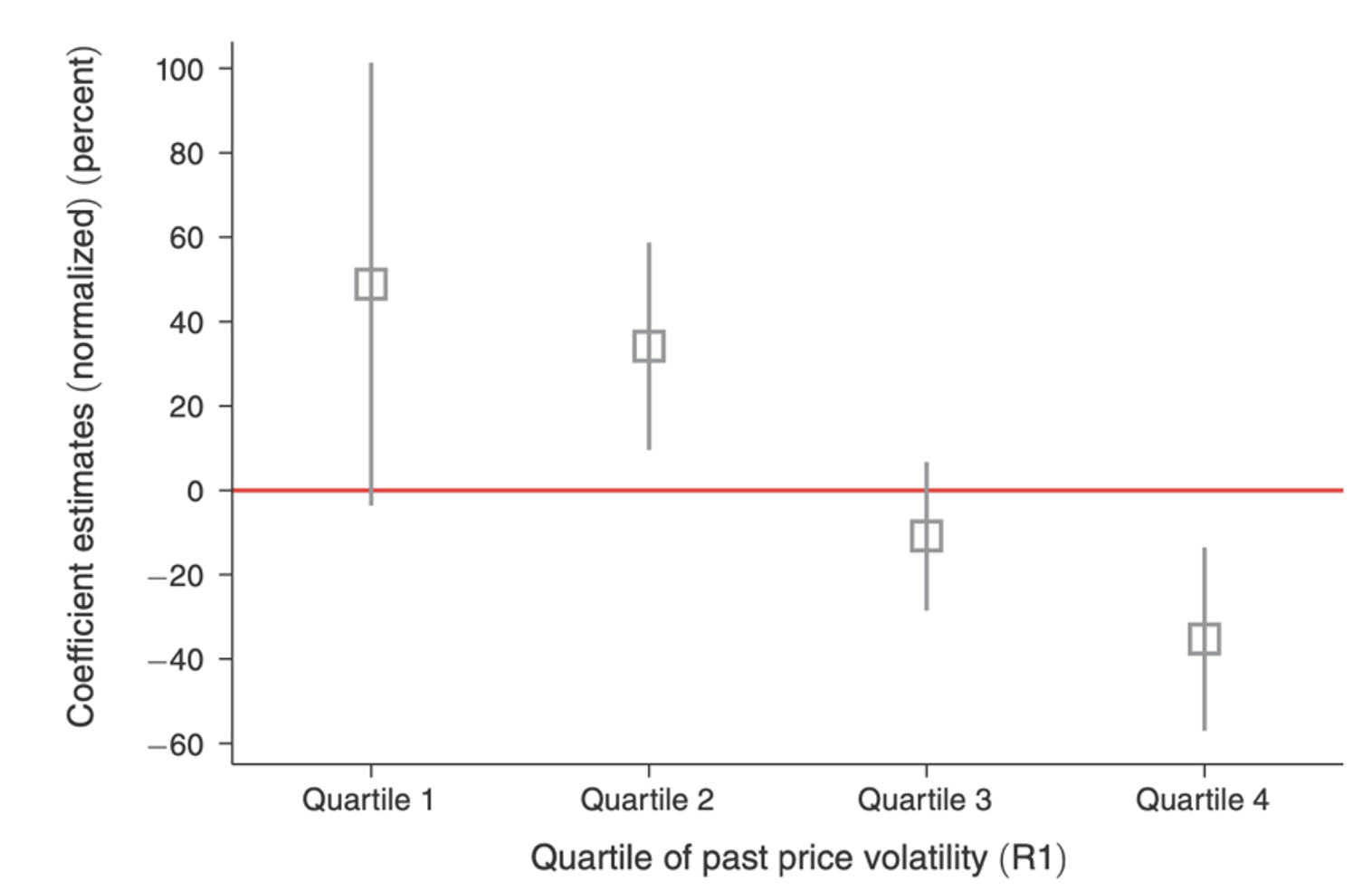 These findings  could open up further discussions on the welfare implications of both price stabilisation and communications infrastructure investment. The overall gains from the fall in information frictions are well-studied by a burgeoning body of work (e.g. Allen 2014, Steinwender 2018), but the unequal gains amongst regions with different characteristics remain unclear. To fully understand this question, further studies with detailed data on income and trade volume are needed.