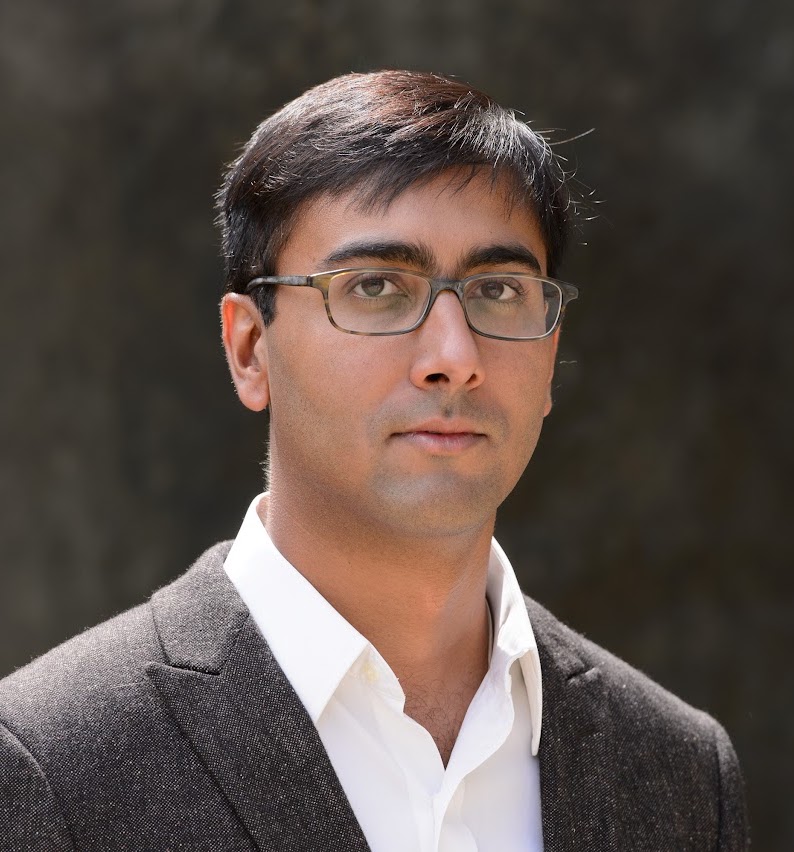 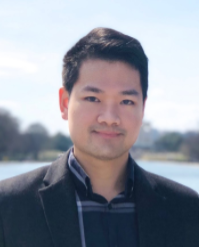 Investments in physical infrastructure like roads, electricity, telecommunications, internet, dams, irrigation, and so on are important determinants of economic growth. However, low quality, poor operating efficiency, inadequate maintenance, and insufficient attention to user needs all undermine the development impact of infrastructure (World Bank 1994). A recent World Bank report estimates that infrastructure disruptions due to poor maintenance and mismanagement have cost households and firms at least $390 billion a year in low- and middle-income countries (World Bank 2021). Although most policymakers agree that investing in infrastructure maintenance would foster the growth and wellbeing of both people and firms, causal evidence on their effectiveness has been sparse.

In Chaurey and Le (2022), we study the effects of a rural infrastructure grants programme, Rashtriya Sam Vikas Yojana (RSVY), launched by the Government of India in the fiscal year 2003-04.  The main goal of the grants was to facilitate physical infrastructure development in India’s most economically ‘backward’ districts. Under RSVY, each eligible district was entitled to receive 450 million Indian rupees (Rs) (approximately $10 million – 2010 exchange rates) over three years to be spent on the improvement, maintenance or development of complementary investments in existing infrastructure rather than on completely new projects. For example, RSVY funds could be spent on widening and strengthening of road networks, building small bridges, improving road links connecting to marketplaces, rural connectivity and electrification, and strengthening rural electricity transmission and distribution infrastructure. Districts also had the flexibility to spend the RSVY funds on multiple small infrastructure-related projects.

First, the central government allocated to each of the 17 major states in India a pre-specified quota of districts based on the states’ poverty headcount ratios. Next, the central government’s guidelines for RSVY specifically requested that the most ‘backward’ districts – based on an official district-level ‘Backwardness Index’ – be prioritised as beneficiaries of RSVY grants. The identification of backward districts within a state was made on the basis of an index of backwardness comprising three parameters with equal weights to each: (1) value of output per agricultural worker; (2) agriculture wage rate; and (3) percentage of SC/ST population of the districts. We reconstruct the Backwardness Index scores for each district and use the distance to the score of the cut-off district in each state as the running variable in a regression discontinuity design (RDD) framework. Districts to the left of the cut-off in Figure 1 received the grants and those to the right of the cut-off did not. Using multiple data sets covering the entire firm-size distribution, various household surveys, and data on night-time lights, we estimate RDD regressions on various economic outcomes at the village, firm, and individual levels. In our framework, we essentially compare various economic outcomes of districts close to the cut-off (to the left and the right). 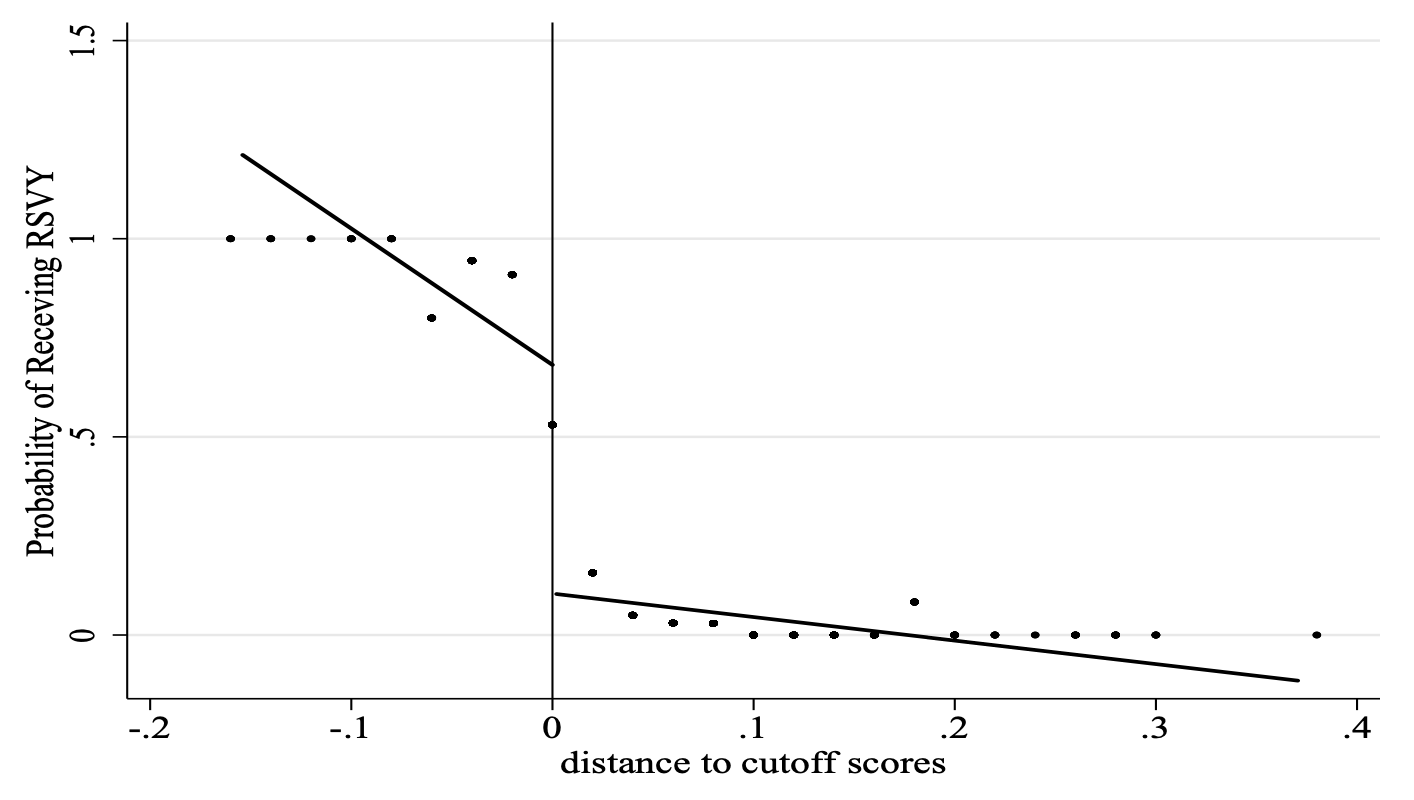 We find a number of results on the effectiveness of RSVY in the short run. First, RSVY grants led to an aggregate increase in overall village employment in treated districts. This was driven entirely by greater firm creation and increased total employment for microenterprises in treated villages, although average firm size remained unchanged. For formal firms, total employment, total number of firms, and average firm size did not change. This is not surprising given that RSVY was a rural infrastructure program, whereas most formal firms in India are located in or near urban areas. These results are shown in Figure 2. 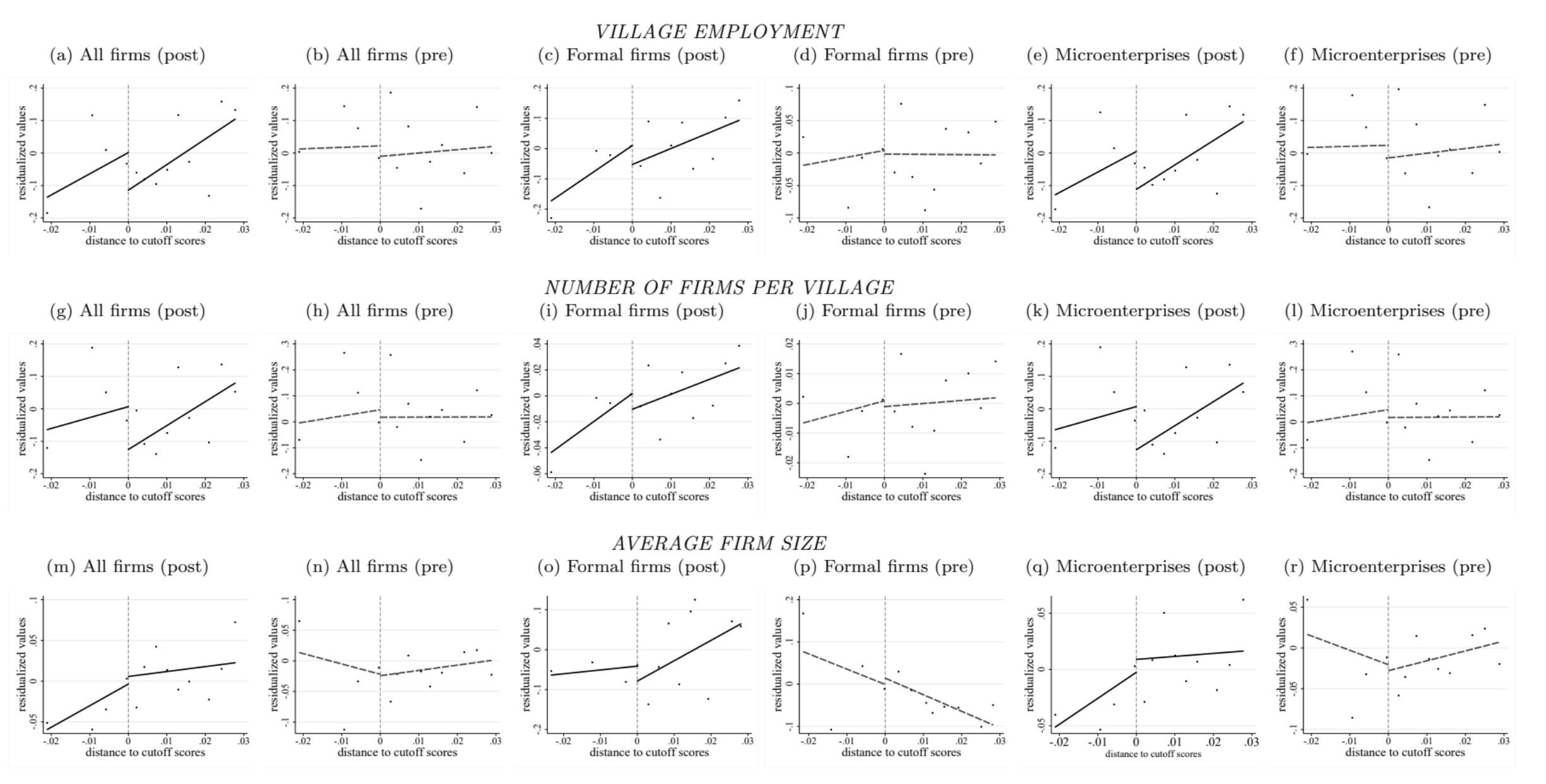 Next, we look at the effects of RSVY on individual- and household-level outcomes. Consistent with the increase in total village-level employment, we find that individual wages, the number of days worked, as well as monthly household consumption expenditure increased. We then check for changes along various relevant margins in the rural labour market that could explain the increase in total employment. We find suggestive evidence for sectoral reallocation (i.e. a reduction in the share of workers in agriculture) and a corresponding increase in the share of non-agricultural workers. However, we do not find any changes in labour force participation, in-migration, or unemployment.

Since the programme is slightly dated, information on the exact projects and locations within the districts was not available. We therefore provide several suggestive pieces of evidence on the channels through which RSVY may have affected local economic activity. First, we find that there was a significant reduction in the likelihood of firms reporting problems with power shortages or access to raw materials, but there were no changes in problems unrelated to infrastructure. These results suggest quality improvements in rural electrification and connectivity in RSVY districts.

To provide additional supporting evidence for these two channels, we focus on firms in electricity- intensive and road-intensive industries. The reductions in the likelihood of a power outage and problems with access to raw materials are concentrated in the most electricity-intensive and road-intensive industries, respectively. We also find that firms in the most electricity- intensive and road-intensive industries had the largest increases in employment, and the proportion of new firms (those established less than three years ago) also increased. Furthermore, we show that after the implementation of RSVY, total employment in microenterprises and the total number of microenterprises increased in villages that had both paved roads and electricity prior to the policy. At the same time, we find no effects in villages without paved roads or electricity. These results further strengthen the claim that RSVY funds were used for infrastructure maintenance and improvement rather than building new infrastructure.

Overall, the results of our paper underscore the importance of maintenance and improvements of existing infrastructure. Moreover, investments in maintenance may have important distributional consequences. In our setting, these investments led to large impacts on microenterprises, which employ close to three-quarters of the non-agricultural workforce and are vital to rural economic activity. Especially for resource-constrained policymakers in developing countries, such investments may be more cost-effective than building new infrastructure in increasing local economic activity.