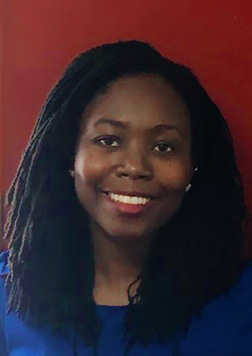 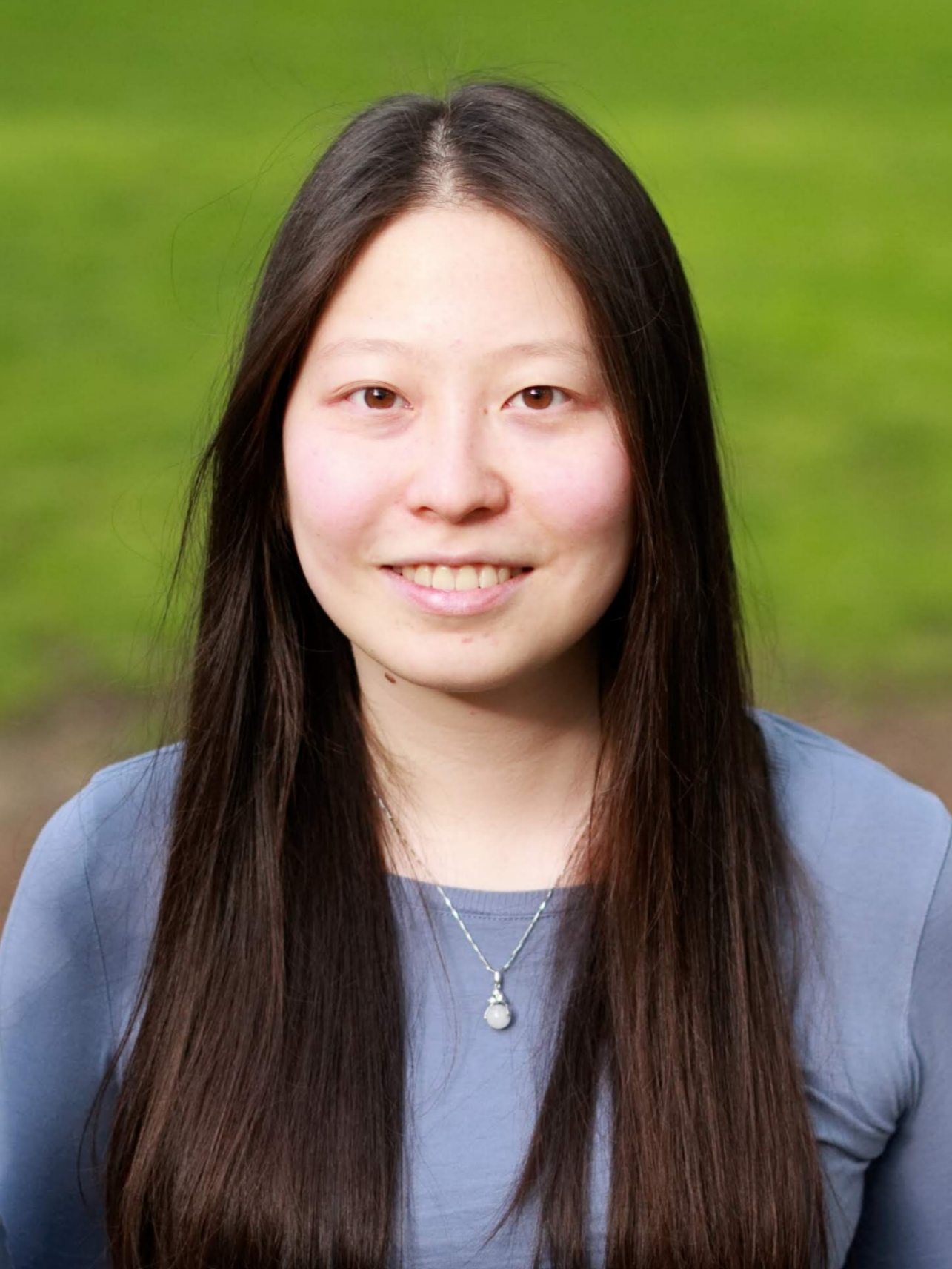 How can a reduction in trade costs affect firm productivity?

There are several channels through which reduced trade costs can increase firm productivity. We focus on the following channel posited by recent trade models. A reduction in trade costs increases the competition faced by firms and forces them to drop the products in which they are least efficient and focus on the products in which they are most efficient (Eckel and Neary 2010, Bernard et al. 2011, Nocke and Yeaple 2014, and Mayer et al. 2014). In line with this theory, in response to a fall in trade costs, we should expect to observe firms reducing the number of products they make to focus on the ones in which they are most efficient, which would result in an increase in their productivity. This pro-competitive effect of trade is particularly important in developing countries, which tend to face a multitude of barriers that limit competition, including transportation costs. According to the GCI, the median ranking for intensity of competition in local markets is 37 for high-income countries, compared to 68 for upper-middle-income countries, 86 for lower-middle-income countries and 107 for low-income countries (World Bank 2020).

In a new study (Abeberese and Chen 2021), we provide evidence on the productivity impact of a reduction in intranational trade costs by analysing the effect of a fall in transportation costs induced by a highway project in India. Road transportation accounts for the bulk of freight and passenger movement in India. However, rising demand coupled with an inadequate supply of roads had led to congestion and poor road quality. Inadequate highway infrastructure had long been considered one of the main constraints to economic growth in the country (World Bank 2001).

In 2001, the Indian government began upgrading the Golden Quadrilateral (GQ), a major highway network connecting four large cities: Delhi, Mumbai, Kolkata, and Chennai. The government sought to upgrade the highway network by widening roads from two to four and six lanes and constructing medians, service lanes, overpasses, underpasses, and bypasses. The GQ is the longest highway in India and the fifth longest in the world. Some studies have provided evidence that the GQ project led to a substantial reduction in trade costs within the country (Datta 2012 and Asturias et al. 2019).

Assessing the impacts of the Golden Quadrilateral upgrade

One way to address this challenge is to focus on areas that happened to have been connected to these roads by chance due to them lying in between the areas that were the targets of the road construction. In the context of the GQ project, we consider districts other than the targeted districts of (Delhi, Mumbai, Kolkata, and Chennai), which we refer to as ‘non-nodal’ districts, as having been connected to the highway by chance. We, therefore, assess how firm productivity in the non-nodal districts changed with the fall in trade costs, proxied by the district’s distance to the GQ.

Figure 1 Effect on the number of products 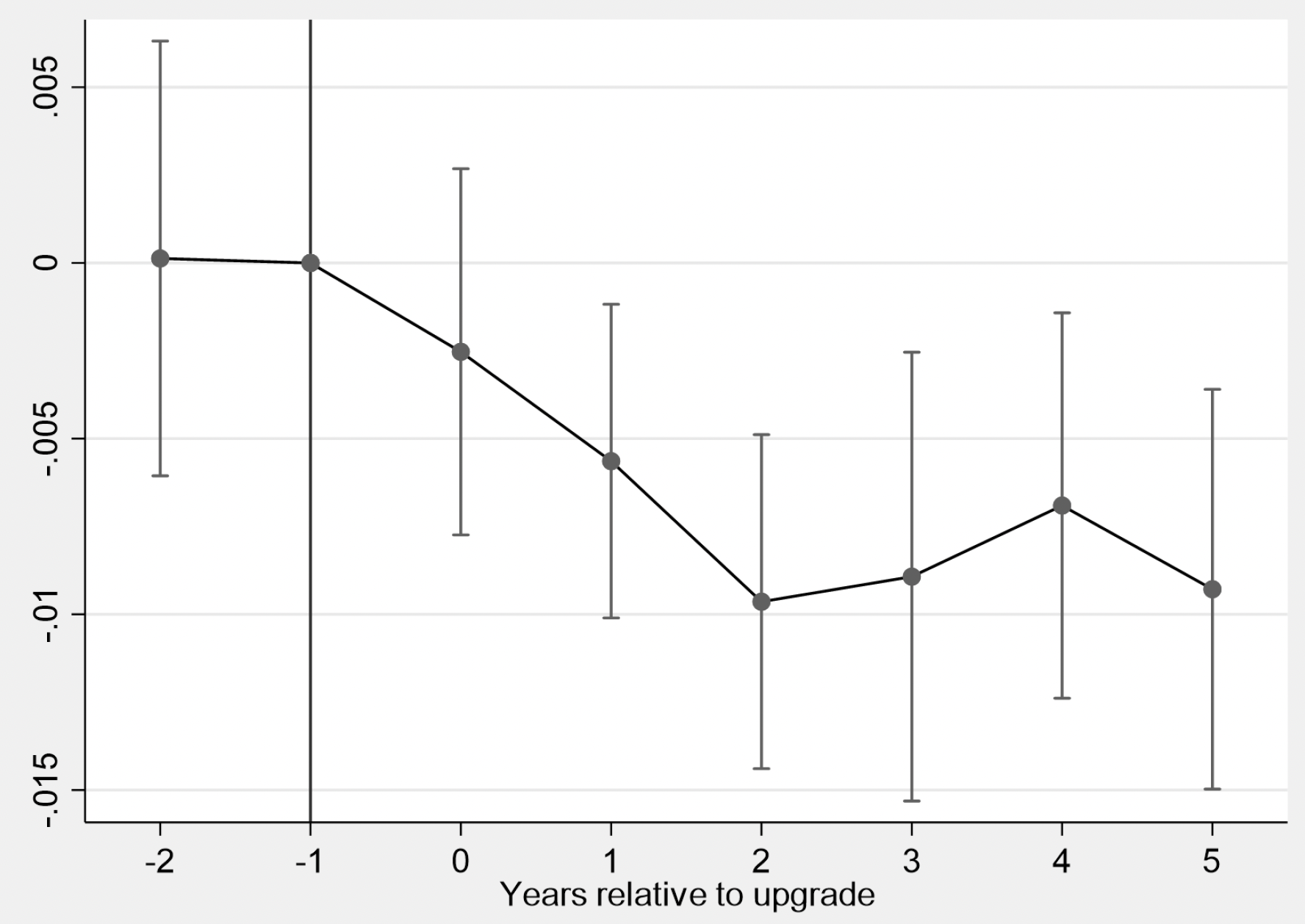 Note: The figure presents estimates from the authors’ analysis of the dynamic effects of the Golden Quadrilateral on the number of products made by firms using data from the Indian Annual Survey of Industries. The vertical lines represent 90% confidence intervals.

Further, we find that the products dropped by a firm were the ones that accounted for the lowest shares of the firm’s output, suggesting that firms were dropping the products in which they were least efficient. Consistent with this result, Figures 2 and 3 show that firm labour productivity and total factor productivity increased for firms closer to the GQ relative to those farther away. We also find that these effects were strongest in industries that are most reliant on road transportation, suggesting that the changes were driven by the GQ upgrade. In line with the GQ upgrade reducing trade costs and increasing competition such that firms focused on the products in which they were most efficient, we find a differential decrease in product prices in districts closest to the GQ. 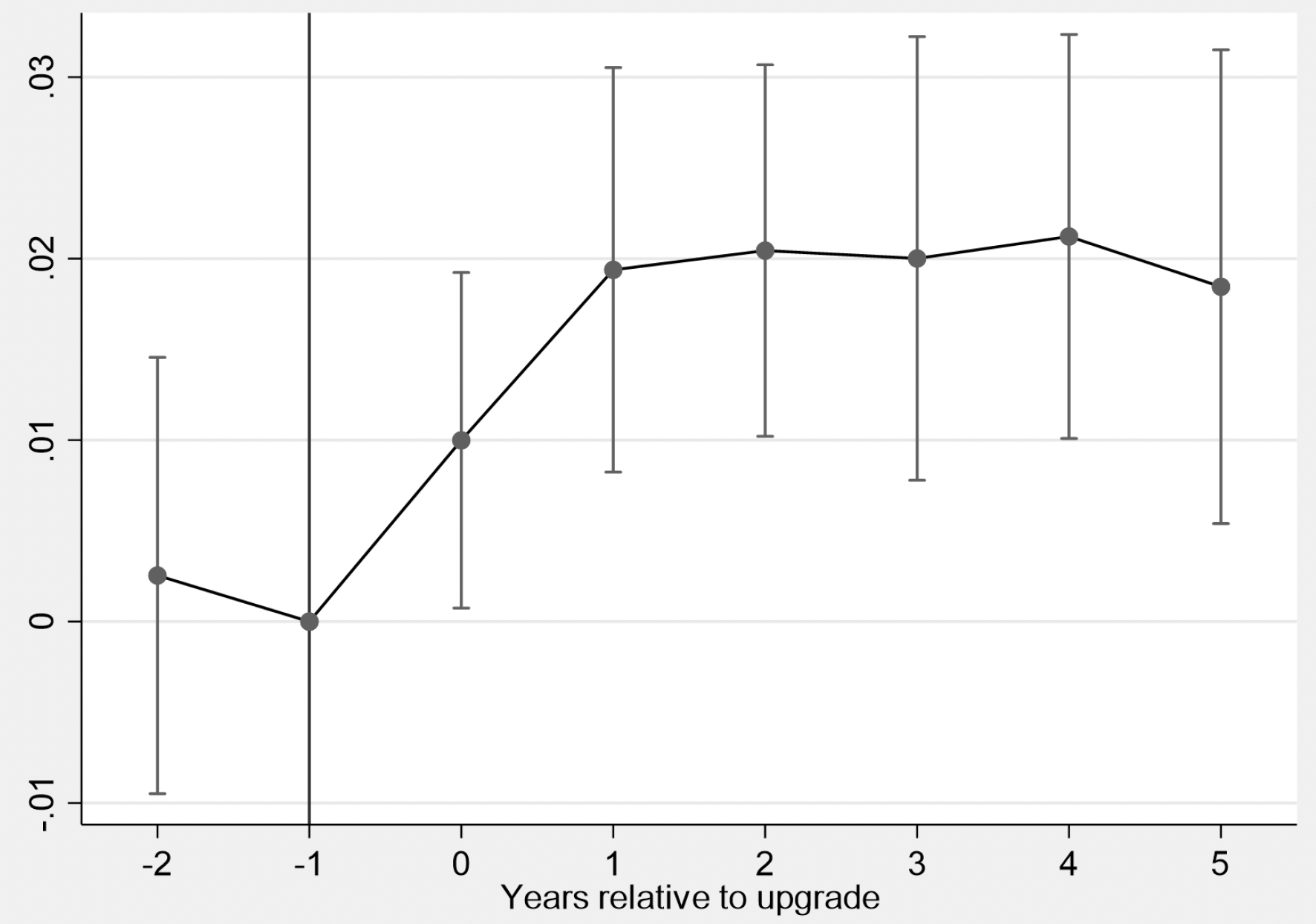 Note: The figure presents estimates from the authors’ analysis of the dynamic effects of the Golden Quadrilateral on firm labour productivity using data from the Indian Annual Survey of Industries. The vertical lines represent 90% confidence intervals. 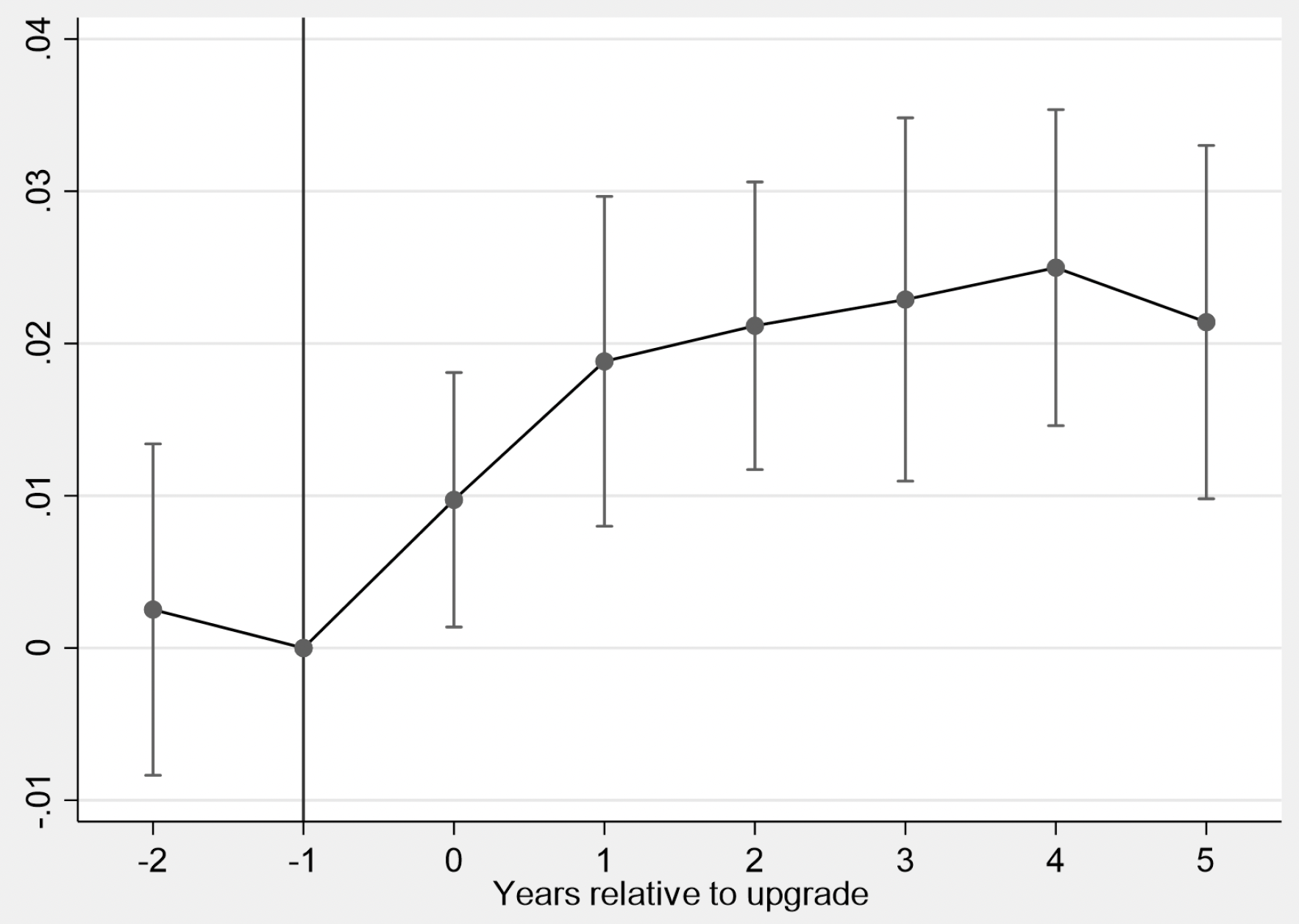 Note: The figure presents estimates from the authors’ analysis of the dynamic effects of the Golden Quadrilateral on the firm total factor productivity using data from the Indian Annual Survey of Industries. The vertical lines represent 90% confidence intervals.

By focusing on intranational trade, we highlight how trade even within national borders can generate competitive pressure and productivity gains. Our findings provide an impetus for addressing barriers to intranational trade. Our results show that reducing transportation costs can lead to productivity gains by inducing firms to focus on the products in which they are most efficient. Given the evidence that differences in economic growth across countries are primarily driven by productivity differences, our study sheds light on the potential for improvements in transportation infrastructure to catalyse economic growth.

Asturias, J, M Garcia-Santana and R Ramos (2019), “Competition and the Welfare Gains from Transportation Infrastructure: Evidence from the Golden Quadrilateral of India”, Journal of the European Economic Association 17(6): 1881-1940.

Atkin, D and D Donaldson (2015), “Who’s Getting Globalized? The Size and Implications of Intranational Trade Costs”, NBER Working Paper No. 21439.

Shu, P, and C Steinwender (2019), “The Impact of Trade Liberalization on Firm Productivity and Innovation”, Innovation Policy and the Economy 19(1): 39-68.