Project non-completion, commonly attributed to corruption or clientelism, is in fact often caused by an inability to prioritise public expenditure

Unfinished infrastructure projects are a common sight in many developing countries. Infrastructure is a high priority for governments, citizens, and donors alike, on account of its crucial role in achieving social and economic development. It is therefore frustrating and puzzling to see much needed infrastructure development projects abandoned mid-construction.

I worked with the Government of Ghana to collect, digitise, and code administrative records of over 14,000 small local government projects from 2011-13. This revealed that in Ghana, one-third of projects that were started were never completed, consuming almost 20% of all local government investment expenditure. This can be attributed to local political actors not being able to agree on where projects should be allocated among district community’s, and an inability to maintain consistent expenditure priorities, which leads projects to be abandoned mid-construction.

In a newly published study (Willams 2017), I ask three questions about the phenomenon of unfinished projects:

How common is project non-completion? 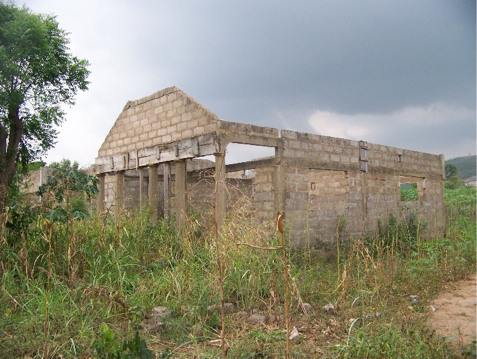 I estimate that approximately one-third of projects that start are never finished, consuming nearly 20% of all local government capital expenditure. This staggering prevalence begs one to ask how big of a problem non-completion is relative to other aspects of the political economy of public service delivery? While it’s difficult to give an exact answer, this estimate of fiscal waste due to non-completion is of similar magnitude to Olken's (2007) estimate of resource loss from corruption in road building (24%) and Finan and Mazzocco's (2016) estimate of the percentage of public expenditure that is misallocated due to politically motivated distortions (26%).

The social costs of non-completion are also large: the money spent on non-completed projects by local governments alone would be enough to fully construct 667 additional three-room schools serving over 73,000 children, every year. Since school construction has been shown to lead to increased educational attainment and higher future wages in infrastructure-poor developing countries (Duflo 2001), this fiscal waste may have long-term developmental consequences.

Although my empirical data pertains only to Ghana, there is suggestive evidence that infrastructure non-completion is also a large-scale problem in other countries. For instance, Rasul and Rogger (2017) estimate that 25% of government projects in Nigeria that start are not completed, and there are reportedly 19,000 abandoned government projects in Nigeria (Vanguard 2016). Similar problems of frequent mid-construction abandonment occur in Brazil (Samuels 2002, 852), Peru (Peru21 2017), and elsewhere. 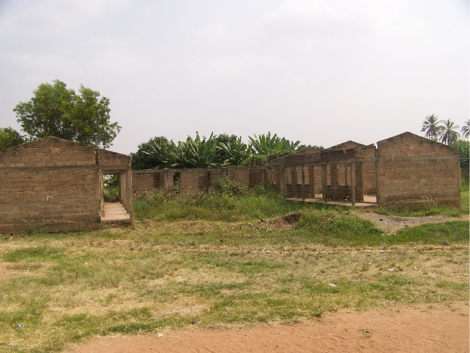 Why do some projects get left unfinished?

Discussions of the political economy of public service delivery usually assume that if a project or service fails, it must be because some powerful actor had an interest in it failing. Yet, in Ghana, even parliament (Citi FM 2014) and the president (Joy News 2014) complain about unfinished projects. Why would projects not be finished, despite politicians and voters alike wanting them to be completed?

In the case of unfinished infrastructure, most people assume that it must be driven by corruption: projects are not finished because contractors give kickbacks to politicians or bureaucrats and then don’t complete the work. While corrupt practices in infrastructure procurement and delivery are common worldwide, I show that it is not driving project non-completion in Ghana: on most unfinished projects, contractors have actually completed more work than they have been paid for. Similarly, using a range of empirical tests I can also show that project non-completion is not being driven by other common hypotheses such as clientelism and political favouritism.

Rather than corruption or clientelism, I show that collective choice failures drive project non-completion. Projects get interrupted mid-construction because local politicians can’t agree among themselves on the order in which a small number of projects should be distributed across numerous communities. Projects get started with the intent to finish them, but due to the shifting and unpredictable nature of these local political bargains, the money that was intended to finish one project often gets spent to start another.

A typical district might have money for eight projects each year, and must decide how to distribute them across 30-40 communities, which are each home to elected local assembly members who want projects for themselves. Politicians have to bargain over the sequence of project delivery and form coalitions, but holding these coalitions together requires inter-temporal bargains that are difficult to maintain. The result is that districts’ collective expenditure priorities are always changing, and so they frequently spend money on new projects, while equally useful half-built projects languish, as they await funds for completion. 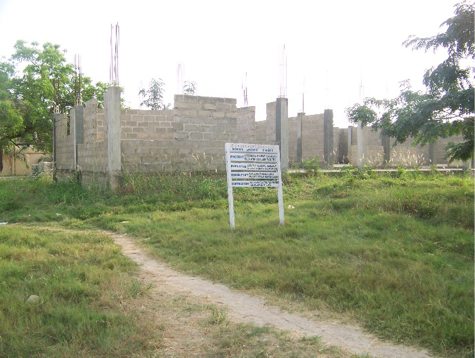 To demonstrate this empirically, I exploit the fact that the same types of projects are delivered in the same districts and communities by the same local politicians, bureaucrats, and contractors, but are funded through two different intergovernmental transfer mechanisms. These transfers are similar in design and implementation, except that one has an exogenously imposed funding rule that places districts at risk of losing future transfers if they fail to complete ongoing projects before starting new ones. Consistent with the predictions of collective choice theory, this rule has a large effect in districts whose political characteristics are likely to make efficient collective choice.

What can governments and donors do to reduce non-completion?

While the extent of wasteful government expenditure on never-to-be-completed projects is disconcerting, the research also points to some relatively simple steps that may help reduce the problem.

The political economy of public service delivery is more complex than just corruption or the who-gets-what of distributive politics. It concerns collective decision-making in governments and the institutional structures and processes that shape it. While the example of unfinished infrastructure is a highly visible outcome of these interactions, it is far from the only one. Better understanding the relationship between these political and institutional forces is a task for reformers and researchers alike.

Joy News (2014), "President Mahama: I will continue all abandoned projects".

Samuels, D (2002), “Pork Barreling Is Not Credit Claiming or Advertising: Campaign Finance and the Sources of the Personal Vote in Brazil”, Journal of Politics 64(3): 845-863.