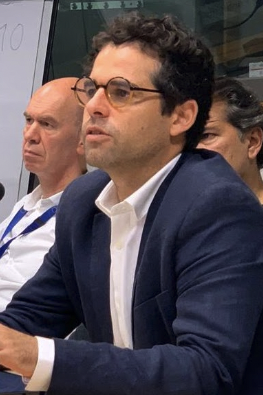 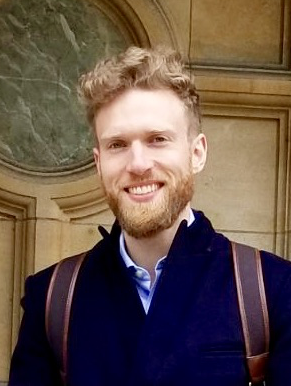 Recall referendums can keep politicians in check but backfire if poorly administered, causing quality potential candidates to stay out of politics

Democratic countries around the world use different institutions and accountability mechanisms to allow citizens to exert control over politicians, including re-election incentives, the free press, impeachment and recall mechanisms, among others. In contexts where state capacity is low, however, the implementation of these institutions may make them prone to being used by political interest groups or the elite in ways not originally intended, leading to undesirable outcomes.

How do accountability institutions affect governance?

Accountability institutions are intended to reward politicians if they perform well and are not corrupt, or to punish them otherwise. This can lead to an improvement in the quality of governance and public good provision (Persson and Tabellini 2000, Barro 1973, Ferejohn 1986). For instance, a mayor who manages to deliver high-quality public goods will be rewarded with re-election, while one who behaves in a corrupt manner will be exposed in the press and may be placed on trial and/or fail to be re-elected.

These institutions are not only intended to directly influence the behaviour of politicians sitting in office, but also to improve the quality of the pool of people who choose to enter politics by affecting the benefits of being in office. However, if institutions do not function in the way they were intended, they can inadvertently lead to adverse consequences.

For instance, if the press in a country is dominated by a political elite that wants to damage a certain politician, they can highlight information that ends up punishing efficient and honest politicians regardless of their performance in office. These types of actions can discourage potentially good candidates from considering a career in politics and running for office.

Accountability and political candidacy in Peru

In a recent paper (Leon Ciliotta and Kleine-Rueschkamp 2018), we study the effects of political accountability on the selection of politicians who decide to run for office in Peru. We show how these institutions might have unintended adverse consequences when they are at risk of being manipulated or captured by political interest groups.

There is a large consensus that good politicians are a key determinant of public good provision (e.g. Besley et al. 2011, Besley et al. 2005, Martinez-Bravo 2017), and that the effectiveness of democratic governance rests on whether skilled and capable citizens enter politics (Myerson 2011). Studying political selection is thus arguably as important as understanding the behaviour of incumbent politicians (Dal Bo et al. 2018).

Recall referendums are a direct democracy institution that allows voters to hold politicians accountable outside the regular election terms. This accountability mechanism is used around the world in countries as diverse as Uganda, Colombia, Poland, the US, and Ecuador (Serdült and Welp 2012).

In Peru, district mayors and members of their council can be removed from office in the middle of their term through a referendum. This is a widely used accountability mechanism and more than 5,000 elected officials have been challenged since 1997. In the 2010-14 municipal term, there were recall referendums in more than 20% of districts, resulting in almost 100 districts (or around 5%) having a mayor replaced in the middle of their term.

It has been widely documented that this mechanism is often used by the political opposition to recall mayors for reasons unrelated to their performance (Holland and Incio 2018). In 2012, for example, more than 22% of the promoters of a recall were candidates who had lost in the preceding elections (Welp 2015). If we count the cases where a political proxy is used to back the recall campaign, the proportion of politically motivated recalls is much higher. Moreover, most of the recall petitions are filed as soon as it is legal to do so, with hardly enough time to be able to judge the incumbent’s performance.

Recall elections and selection into politics

Citizens who are deciding whether to run for office weigh the costs and benefits. Observing an incumbent being recalled for political reasons can be taken as a signal that they themselves can be punished (if elected) for reasons unrelated to their performance in office, which would reduce the expected length of the term and expected benefits of running.

Given that the decision to run is costlier for citizens with a high opportunity cost or for those who derive high levels of utility from public good provision (i.e. those who would have otherwise earned a higher wage in the private or public sector and those who are intrinsically motivated), the political consequences of accountability can lead to the adverse selection of politicians.

Using a newly collected dataset that records the CVs of candidates who took part in elections for mayor between 2002-14, we compare the characteristics of candidates who decided to run for office in districts where the previous mayor was recalled by a small margin with the characteristics of those running in districts where the incumbent barely survived a recall referendum.

Politician quality is a multidimensional concept. Previous literature shows that having a leader with a higher level of education raises the quality and quantity of public good provision and leads to economic growth (Besley et al. 2011, Besley et al. 2005, Martinez-Bravo 2017).

In the Peruvian setting, we find correlational evidence suggesting that mayors who are more educated manage to deliver better public services to their constituents. Besides education, one might expect other characteristics – such as experience in the public and private sector, partisan alignment, or gender – to affect the valence and representativeness of candidates.

Our findings show that candidates running in a district that had a mayor recalled in a referendum in the preceding period are of lower quality – on average, they have about 0.5 fewer years of education, are 18% less likely to be university educated and are instead more likely to have only a secondary education. Also, they have less experience in the public sector, are less likely to have experience as a mayor, and are significantly younger, suggesting that they are new entrants into politics. These results are robust to several specification tests.

Consistent with our hypothesis, we provide evidence that the negative selection is mostly driven by candidates running in districts where the recall was initiated by someone who was defeated in the previous electoral race. Further, we demonstrate that the effects are similar for cases where the recalled mayor performed well or poorly in office, bolstering the argument that politically motivated recalls signal to potential candidates that they could be removed from office regardless of their performance and effort in office.

Lastly, we document that candidates running in these districts are those with a lower predicted wage in the private sector, suggesting that individuals with higher opportunity costs are selecting out of politics.

Even though some districts have a lower-quality pool of candidates due to the political capture of recall election, voters still need to go to the polls to select new mayors. The evidence shows that elections play an important role in screening candidates.

When we compare the characteristics of mayors elected in municipalities where an incumbent has been narrowly ousted versus mayors elected in municipalities where a recall narrowly failed in the previous term, we find that elections partially offset the negative effect of recalls on the candidate pool. Elected mayors in treated areas are only slightly less educated than those who win the election in districts where a mayor narrowly survived the recall.

The design of accountability mechanisms is key

While a large amount of evidence documents the positive effects of accountability in disciplining politicians, our research highlights the importance of thinking about checks and balances for the political capture of these institutions to avoid undermining their main objectives.

For example, in 2014 the Peruvian government introduced a small change in the way the recall process was carried out. They tried to reduce the expected benefits of running a recall attempt by allowing new mayors to choose the person who would replace them in case of a recall. After the introduction of this reform, the number of attempted recalls was significantly reduced, with only 27 districts having a recall referendum.

Welp, Y (2015), "Recall referenda in Peruvian municipalities: a political weapon for bad losers or an instrument of accountability?", Democratization 23(7): 1162–1179.