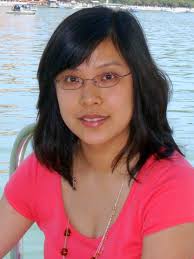 China’s One Child Policy has profoundly affected demographic trends, the labour market, and savings behaviour in China. Is it also increasing crime?

Crime rates in China have increased more than six-fold over the past three decades (Zhang et al. 2011). Extraordinary economic growth and rising inequality (Gan et al. 2013), mass rural-urban migration (Zhang 2011), and the erosion of traditional values (Liu 2005) are likely causes. China’s One Child Policy is another potential candidate. At the same time as crime increased, the One Child Policy, coupled with a strong preference of Chinese parents for sons over daughters, has resulted in there being approximately 120 boys for every 100 girls in China, or 30 million ‘surplus’ boys (Zhu et al. 2009). These surplus young men are pouring out of the countryside and into China’s industrial cities in search of jobs. Many men are destined to face tremendous difficulty in finding a wife. That young unmarried men are the main perpetrators of crime worldwide and commit more than two-thirds of violent and property crimes in China (Hu 2006) sets the scene for a rapid increase in crime.

China’s One Child Policy was launched in 1979 and limited urban couples to having only one child. In many rural areas a second child was allowed if the first child was a girl (Peng 1991). The strong culture of son preference (particularly in rural areas), the availability of ultrasound technology, and female infanticide and abandonment has resulted in a profoundly skewed sex ratio (Li et al 2011). 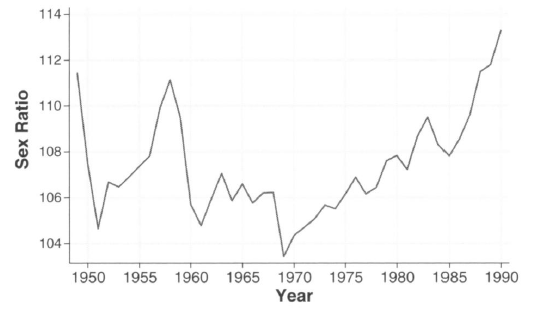 The study: Using data from prison inmates to examine impacts of the One Child Policy on crime

Our research examines the sex ratio-crime nexus more closely and seeks to understand the mechanisms behind such a relationship. We examine, and seek to disentangle, the role of marriage market pressures and the behavioural impacts of skewed sex ratios on crime. We collected survey and experimental data from male urban-rural migrants who are inmates in a Chinese prison and similar men in the same city. These men come from all over China – some from areas with very high sex ratios (more males per female) and others from areas with sex ratios closer to the naturally occurring ratio of about 1.07. Using census data, we calculate the sex ratio corresponding to their prefecture of birth. We do this in two ways – we calculate a sex ratio for those currently of marriageable age from their prefecture of birth, and we calculate sex ratios particular to their birth cohort in their prefecture of birth. We then examine the relationship between sex ratios and the probability of being incarcerated.

Although many of these rural men find their ways to China's big cities, their marriage market remains firmly in their place of birth as the hukou household registration system limits their access to services in the cities, making them an unattractive mate. Even if they seldom visit their home town, the majority will return to find a bride or have a bride selected for them in their home region (Wei and Zhang 2011).

Do sex ratios reflect cultural difference across regions that could also affect crime?

One concern necessary for us to address was whether sex ratios might just reflect local cultures. For example, very traditional areas with stronger son preference will likely have higher sex ratios. But this culture may also be associated with norms of masculinity that are associated with a greater propensity for criminality. If so, any relationship we find between sex ratios and crime might not mean that higher sex ratios increase crime but just that a more traditional culture is associated with both higher criminality and higher sex ratios. That is, we would not be identifying a causal relationship between sex ratios and crime. The Chinese context is very useful in this sense as sex ratios have been shown to be a result of the stringency of the implementation of the One Child Policy which has also been shown to reflect the strength of connections between local government officials and the central government (Edlund et al 2007). The strength of these personal ties varies across time, meaning that sex ratios have also varied across time within locations (and so are not merely reflecting local culture). We demonstrate low correlation in sex ratios across time.  We also use the statistical technique of instrumental variables to deal with any remaining concerns in this respect.

We find that skewed sex ratios induce a 34% increase in the probability of any individual committing a crime. By comparing the relationship between sex ratios and crime for single and married men we demonstrate that the intense financial pressure on men to attract a partner is the main driver of the increase in crime associated with sex ratios. Men are finding it difficult, and in many cases impossible, to find a wife. Meanwhile, the forces of supply and demand determine that brides are becoming increasingly expensive. It is not unusual for families to expect the bridegroom to supply an apartment and a substantial cash gift, often amounting to more than $15,000. This is an impetus for some unmarried men to turn to financially rewarding crimes. A high ratio of men to women in a man’s marriage market (defined in relation to his age and geographic origin) was shown to be associated with higher rates of financial crimes. Violent crime was unaffected.

Further, China’s skewed sex ratio means that boys are growing up in an environment surrounded by many more boys than girls. This male-heavy environment affects boys’ behaviour. Our data show that men who grew up in a cohort with a higher sex ratio are more impatient, risk-taking, and neurotic. These behavioural impacts account for a further, albeit smaller, portion of the increase in crime. Risk-taking and neuroticism were strongly associated with the probability of engaging in criminal activity and being incarcerated.

What does the future hold?

So, how can these pressures be combatted?? The obvious answer is to reverse the trend in the sex ratio. This is, however, a slow boat to turn. In late 2015, China moved in this direction by relaxing the One Child Policy to allow all couples to have two children (for reasons largely to do with concerns associated with a rapidly ageing population). Some researchers have predicted little change in fertility behaviour as the Chinese have become accustomed to single children and the financial and other competitive pressures of life limit the ability of parents to feel they can support more children (Cai 2010). Even if the policy does result in a swing back to more girls, it will take at least a generation for the ratio between men and women of marriageable age to approach parity. The current marriage market pressures are likely to be sustained and possibly worsen in the short term, with the concomitant incentives to engage in crime.

Li, H, J Yi and J Zhang (2011), “Estimating the effect of the One-Child Policy on the sex ratio imbalance in China: Identification based on the difference-in-differences”, Demography 48 1535-1557.

Li, B and H Zhang (Forthcoming), “Does population control lead to better child quality? Evidence from regional variation in the enforcement intensity of China’s One-Child Policy.” Journal of Comparative Economics.