Democracy in Pakistan: Elections tell us why politicians behave badly 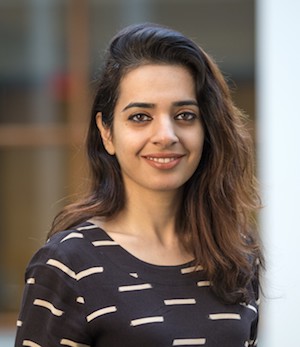 Politicians in Pakistan provide patronage and are perceived as corrupt. Regime instability and incumbency disadvantage may explain their behaviour.

As with most modern nations, the story of Pakistan’s inception has dictated the very specific course of its politics. The two elements that characterise Pakistani politics today — the dominance of its military and the weakness of its major parties — can be traced back to the nature of its partition from India.

The Muslim League movement that led to Pakistan based the idea of partition on the two-nation theory. The theory asserted that Hindus and Muslims were two nations, and could not live with each other in a democratic, united India. But it was a political fallout — the recognition by the leaders of the League that the interests of Muslims could not be represented adequately as a minority in a united India — that led to this theory.

At partition, Pakistan felt short-changed by the British and the Hindus. It was left under resourced and smaller than it had planned. It considered itself vulnerable, given that its western and eastern parts lay to either side of India. In its bid to define itself after 1947, it chose the threat it felt from India as a key pillar. This has led to its military being the most dominant institution in the country.

Pakistan’s military has been consistently responsible for destabilising democracy. Each of Pakistan’s democratic governments between 1988 and 1999 was ousted after a couple of years in power, thrice with the President dissolving the government (since then this presidential power, bestowed by a military regime, has been removed) and once through a military coup in 1999. Crucial to each turnover, it seemed, was public opinion turning against the incumbent political party. The charges against the ruling party each time were corruption and misgovernance, but they were never fully prosecuted.

Popular opinion in Pakistan has oscillated between the military and democracy: after several years of each kind of regime, due to unmet expectations or perceived failures, public opinion has tended to tire of it and to turn back to the other. But after Musharraf’s failed regime that ended in 2008, Pakistan appeared to have made a more solid shift to democracy. In a June 2016 Gallup poll, 84% of respondents said they preferred democracy to dictatorship. Yet Sharif’s disqualification last month by the Supreme Court after a month-long hearing on his unexplained assets leaked by the Panama Papers, was in part a response to the conviction in popular opinion that he was corrupt (the military, on the other hand, continues to be considered non-corrupt and efficient).

This brings us to a set of conventional wisdoms that circulate in Pakistan’s democracy within the country, and that drive public opinion of it: that politicians are entrenched, dynastic, feudal, and corrupt; that they engage in patronage. This involves providing jobs and favours to constituents in return for votes. The idea is that constituents vote in blocs of biradiri (loosely, clan and caste ties) that can be ‘bought’ by such patronage.

Elections in Pakistan: What the evidence tells us

It is worth looking at what the empirical evidence on Pakistan’s democracy tells us, if anything, about these wisdoms. At first glance, it looks like there is a great deal of competition in Pakistan’s elections. A total of 333 parties are currently registered with the Election Commission of Pakistan. But just six parties hold more than ten seats in Parliament (out of a total of 342 seats), and eighteen parties hold one seat or more.

Two parties are dominant: power has oscillated between the Pakistan Muslim League - Nawaz (PML-N) and the Pakistan Peoples Party (PPP) in every successive term between 1988 and 1999, and again since 2008. Imran Khan’s Pakistan Tehreek-e-Insaf emerged as the third largest party in the 2013 election.

Cheema et al. (2013) have studied dynastic politicians – who they define as “electoral candidates who had multiple family members contesting national or provincial elections between 1970 and 2008” – in Punjab, Pakistan’s largest province (it holds 148 out of the 272 directly elected seats in parliament). They found that while it is true that Punjab is dominated by dynastic politicians —approximately two-thirds of the elected legislators in the national assembly elections in Punjab between 1985 and 2008 were dynastic — this is only part of the story. The authors also found a healthy dose of competition between two dynastic contenders for the same seat. But of races that involved a contest between dynastic and non-dynastic contenders (approximately 50% of all races between 1985 and 2008), they did find that the dynastic contenders won two-thirds of the time.

Even so, the authors dispelled the notion that dynasticism is primarily based on land ownership or feudal power; it is also based on capital and industry. They found that dynasticism is a more rural than urban phenomenon; suggesting that increasing urbanisation and the redistricting that will follow Pakistan’s latest census are bound to reduce the influence of dynastic politicians. In my view, this will also reduce the influence of patronage, which is more complex in an urban setup.

Dynasticism suggests a kind of candidate fungibility – that candidates are powerful in and of themselves, beyond their parties. It is thus associated with the common Pakistani practice of horse-trading, or switching parties. Horse-trading occurs most often when politicians perceive their party as losing power in the next election. This practice also coincides with military takeovers, which often try to weaken the major political parties via restrictive electoral rules. Many politicians switched parties when the military dictator, General Musharraf, created the Pakistan Muslim League — Quaid, often called ‘the king’s party’, before the 2002 election, after disqualifying the leaders of both the PPP and PML-N from running for election.

I tested how another electoral rule imposed by Musharraf before the 2002 election impacted political competition in Pakistan. This rule involved an unprecedented ballot access restriction — a bachelor’s degree requirement for legislators, which disqualified 60 out of 2017 incumbent legislators from running for re-election. In separate papers, Cheema et al. and I have documented that family members took the place of legislators who were disqualified. In my research (Afzal 2014), I found that political competition declined significantly in constituencies where the disqualified incumbent belonged to a small party and where literacy levels were lower (signifying a smaller pool of substitute candidates).

Surprisingly, competition increased in some constituencies — specifically, where the disqualified incumbent was stronger in terms of his winning vote margin, suggesting that loosening the hold of stronger politicians can infuse new vigour into elections (although disqualification of incumbents is not the way to go about instituting this change).

In separate work (Afzal 2013), I have documented a causal incumbency disadvantage at the constituency level in Pakistan (thus beyond the macro level, where there is a clear disadvantage, with power switching between Pakistan’s two major parties). Using a technique known as regression discontinuity — essentially comparing a candidate who barely won an election to one who barely lost an election, the idea being that they are similar on other dimensions — I found that on average, candidates who barely won an election were between 13% to 16% less likely to win the next time than candidates who barely lost, for the four elections between 1988 and 1997. 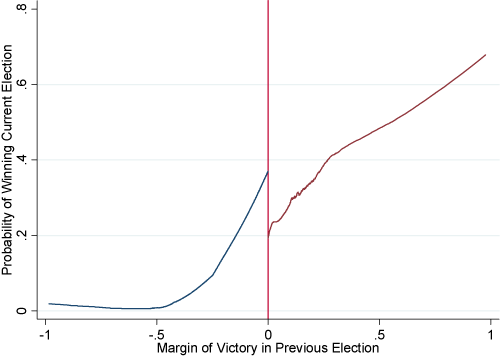 Importantly, I also found that this incumbency disadvantage was limited to those incumbent legislators who belonged to the party in power at the centre, or the majority party. This implies that voters specifically punish legislators who belong to the party in power at the centre, perhaps because they consider them complicit in the corrupt activities of the federal government or other failures associated with it. Instead of the typical incumbency advantage, as in the US context which allows incumbents to reveal their competence, in Pakistan, incumbents seem to reveal their failures and their corruption by virtue of being in power.

What are the implications of dynasticism and incumbency disadvantage? Cheema et al. suggest that dynastic politicians place less emphasis on programmatic or policy preferences, and more on personal benefit. In my work, I have argued that incumbency disadvantage and instability can both lead to extractive behaviour. Pakistanis would do well to understand this. When politicians face an uncertain time horizon and the prospect of almost certainly being booted out of office, their behaviour suffers. They are less inclined to put in place policies that benefit their constituents in the long term, and extract for personal benefit and to benefit only some constituents in terms of patronage. That yet another prime minister has been booted out of power before completing his term in Pakistan this year suggests that the cycle of badly performing politicians, and weak democratic regimes, will continue.

Cheema, A, H Javid and F Naseer (2013), “Dynastic Politics in Punjab: Facts, Myths and their Implications”, Institute for Development and Economic Alternatives Working Paper No. 01-13, Lahore.