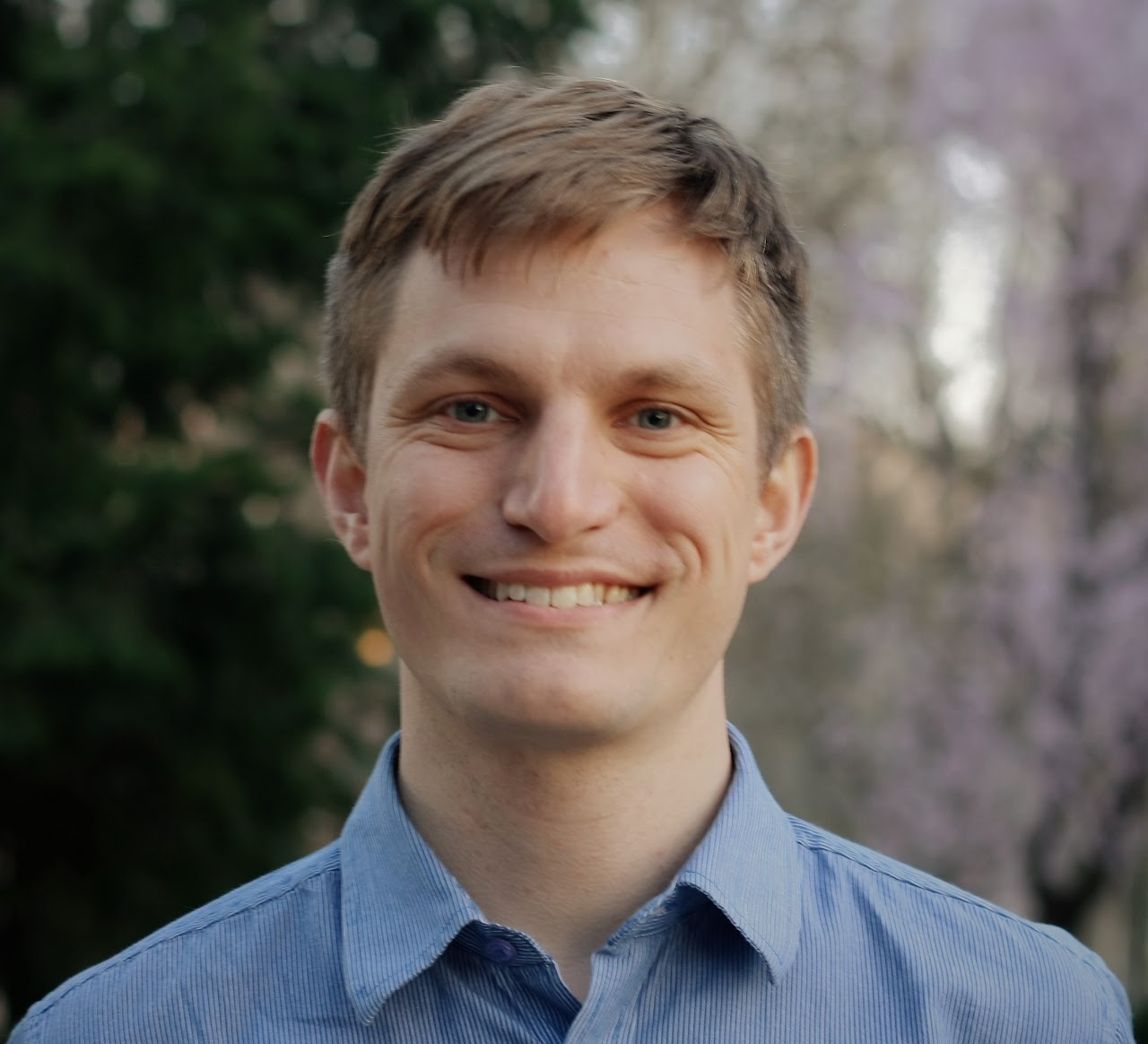 Assistant Professor in Economics at the National University of Singapore

In my working paper (Mattsson 2022), I test the hypothesis that corruption can be reduced by speeding up service delivery using an information system that monitors delays. I conduct an experiment with the Bangladesh Civil Service and focus on one service - the processing of applications for changes to land records. When a piece of land changes owner, an application has to be made to update the government record of who owns this land. In each sub-district, there is one bureaucrat (the head of the sub-district land office) who is responsible for processing these applications. These bureaucrats have a 45 working day limit within which they should process all applications, but in practice this is not strictly adhered to. For example, only 56% of applications in my control group are processed within this time limit.

I use data from an e-governance system to create monthly scorecards measuring delays in processing. The scorecards have two performance indicators - the number of applications processed within the official time limit, and the number of applications pending beyond that limit. It also shows the bureaucrats’ relative performance on these indicators, compared to all other bureaucrats in the experiment. The scorecards are sent both to the bureaucrats and their supervisors.

I use the administrative data from the e-governance system to measure the effect of the scorecards on processing times. To measure bribe payments, I survey applicants in the offices that are part of the first wave of randomisation about six to twelve months after the start of the experiment. Applicants were first interviewed in person when they came to the land office for a land record change, and then again over the phone about three months later. In the phone interview, they were asked how much they thought a normal person like themselves pays, above the official fee, to get their application processed. They were also asked how much they themselves paid, and the results below are similar regardless of which measure is used.

The scorecards’ effects on processing times and bribes

I first show that the scorecards improved processing times. The fraction of applications processed within the time limit increased by six percentage points, that is, by 11% for a typical land office, and overall processing times decreased by 13%. Figure 1 shows that the effect starts almost immediately after the first scorecards were sent out and does not decline over time. 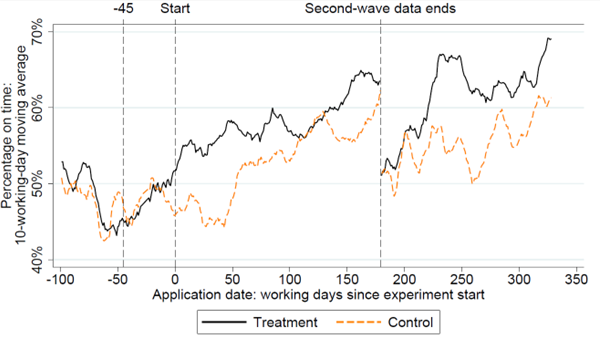 Despite faster processing times, bribes did not decrease. Instead, the overall effect of the scorecards on reported bribes is positive, although not statistically significant. One potential reason we do not see a decrease in bribe payments is that the applicants were not aware that processing times had improved. However, an additional intervention providing information to applicants about the improved processing times does not change the scorecards’ effect on bribes. 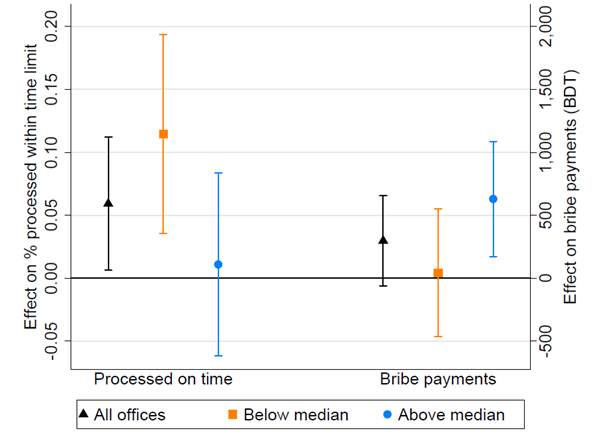 Notes: This figure shows regression coefficients and 95% confidence intervals for the effects of the scorecards. The overall effect is estimated in one regression, then in a different regression, the effects for offices that had processing times performances above and below the median at baseline are estimated separately. In the estimates to the left, the outcome variable is an indicator variable for if the application was processed within the time limit. In the estimates to the right, the outcome variable is applicants’ responses to the question of how much a normal person like themselves pays, above the official fee, to get their application processed. 1 US$ ≈ 84.3 Bangladeshi Taka (BDT) during this time period.

In the paper, I show that these results can be explained by a model where bureaucrats’ reputational concerns constrain corruption. When bureaucrats get positive feedback through the scorecards, this constraint is relaxed, and this allows them to collect more bribes.

What did we learn?

The result that the scorecards improve processing times adds to a literature showing that providing information about the performance of government officials within a bureaucracy can change their behaviour, even without explicit incentives (e.g. Dodge et al. 2021, Callen et al. 2020). Leveraging data from e-governance systems could, therefore, be a cheap way to improve bureaucratic efficiency. Because the scorecards were provided to the bureaucrats and to their supervisors, a limitation of the study is that I cannot disentangle if this effect was driven by supervisors getting the information, or bureaucrats seeing their own performance.

Finally, the paper’s model highlights how reputational concerns may motivate bureaucrats to perform their tasks well, and that these concerns may increase with more visibility of their performance. It also points out a potential risk of providing positive performance feedback. Positive feedback can have negative spillovers, especially on aspects of job performance that are less visible. In this study, the result was that positive performance feedback led to more corruption, but in other contexts, the negative spillovers might be on different aspects of job performance. This highlights the need to measure performance across multiple dimensions when evaluating similar interventions.