The effects of gun control on crime: Evidence from Brazil 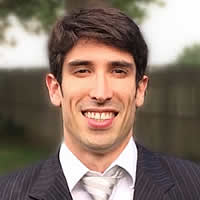 In 2003 Brazil enacted strict gun control legislation which banned the carrying of concealed weapons and made it much harder to buy a gun. The legislation also included the promise of a future referendum on prohibiting the sale of all firearms (which did not pass in the end). In this interview, Rodrigo Schneider discusses his work examining the effects of the legislation on crime and homicide. The most conservative estimates suggest a drop in gun-related homicides of 12.2% one year after the law came into effect, representing 4,400 lives spared in 2004. Robbery, which is often at gun point in Brazil, decreased by 15%. Rodrigo goes on to discuss whether we can assume there would be a similar impact in other countries such as the United States.