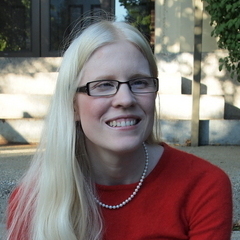 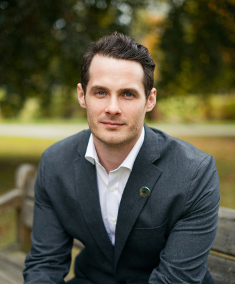 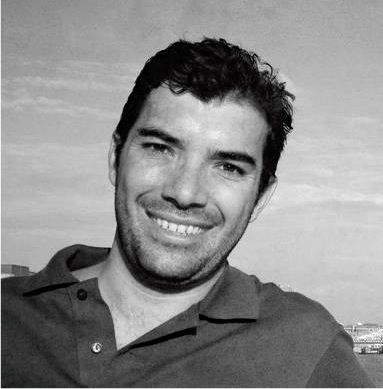 Major economic variances across present day Vietnam can be traced back to historical governance differences, highlighting the role of civil society

The past century has witnessed a large-scale divergence in economic prosperity within the developing world. In particular, while Northeast Asian economies grew rapidly – first Japan, then South Korea, and more recently China – Southeast Asian economies have, on average, grown more slowly. Why the difference? The reason may be deep rooted in history. Long before colonial powers arrived from Europe, East Asia was ruled by pre-colonial states, with Chinese-influenced statecraft dominant in Northeast Asia and Hindu-Buddhist statecraft imported from India dominant in Southeast Asia.

As a result, Northeastern and Southeastern states had different styles of administering their territories. Northeast Asian states followed a federal administrative system, marked by well-developed tax systems, bureaucracies, and legal codes. Importantly, institutionalised village governance formed the core of daily administration. The central state set quotas for tax and military conscript contributions at the village level, but did not have the capability to micro-manage local administration. Instead, villages had considerable autonomy in policy implementation, and villagers had to work together to provide local public goods, and to meet the village-level tax and military quotas. In contrast, Southeast Asian states followed a more decentralised patron-client model. Power relations were personalised, with peasants paying tribute and receiving protection from landowning patrons. The village was not a central unit of administrative organisation.

Of course, this was a long time ago. On one hand, it seems possible that colonialism and contemporary regimes could have washed away pre-colonial differences. On the other hand, scholars studying African economic history have recently provided evidence that the organisation of pre-colonial states there affected long-run prosperity (Michalalopoulos and Papaioannou 2013, Gennaioli and Rainer 2007). The same could be true for East Asia. We test this theory by focusing on Vietnam, which is at the intersection between Northeast and Southeast Asia (Dell et al. 2017). 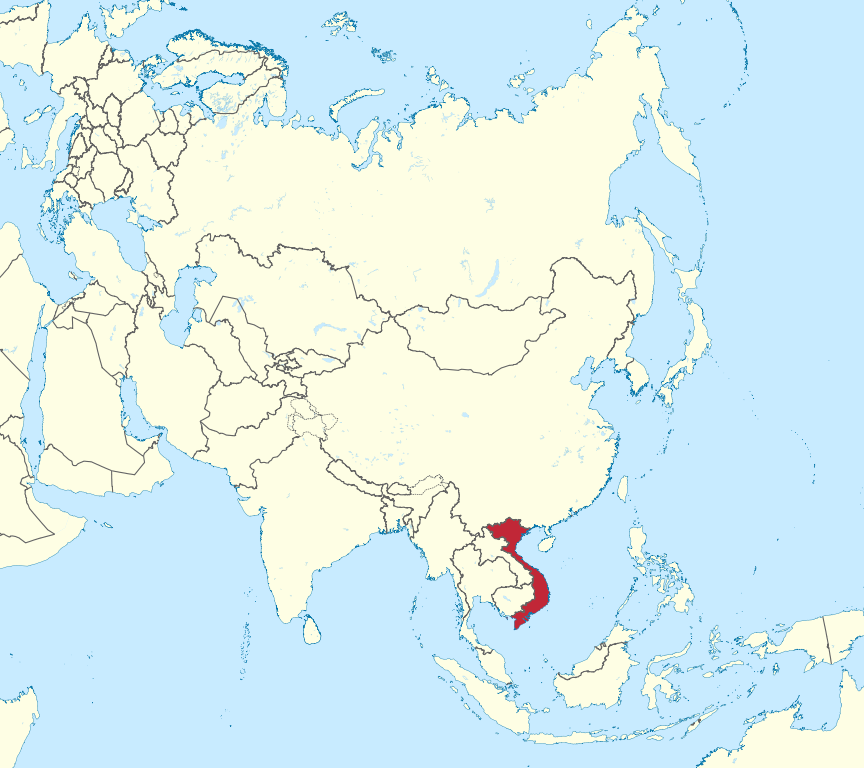 We examine the long-term economic and political effects of different administrations around the boundary between Khmer and Dai Viet, which was established in 1698 and is denoted by a thick line in Figure 2. Villages on one side belonged to Dai Viet, a state administered in a Northeastern Asian fashion, and on the other, to Khmer, organised in a way more typical of Southeastern states. 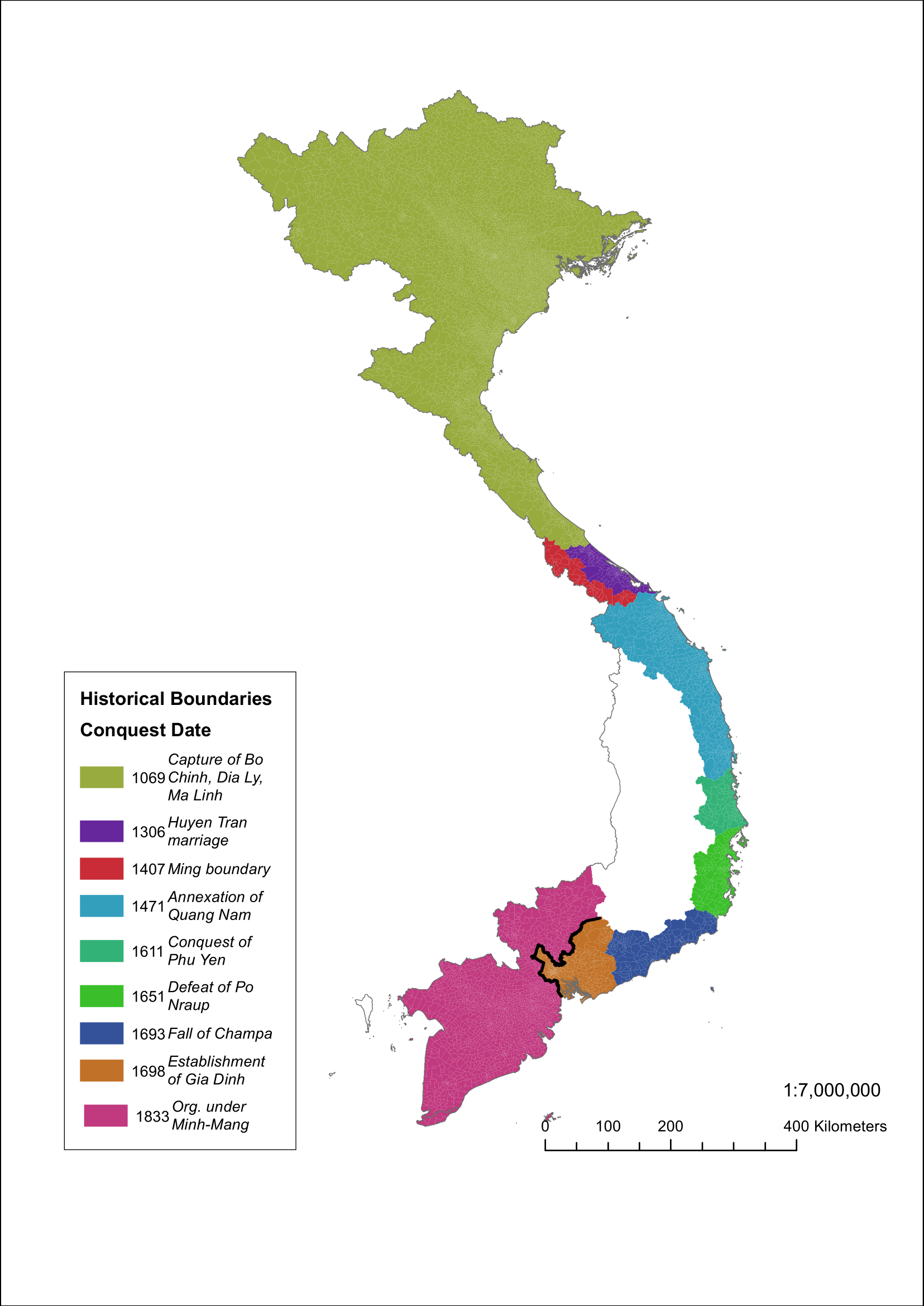 Note: The thick black line shows the 1698 border between Khmer and Dai Viet.

Dai Viet was the pre-cursor to modern Vietnam, and following one thousand years of rule by China, it had a more Northeastern-style state than did other polities in the region. The Southmost region of present-day Vietnam, however, was in the possession of the Khmer empire, the predecessor of modern-day Cambodia. Dai Viet did not organise territory to the west of this boundary into Vietnamese administrative villages until 1833, leaving this region little time to become entrenched in the Northeastern style of village administration before French colonisation in 1859.

As shown in Figure 3, using data from household surveys, we find that household consumption in Dai Viet villages is 16 percentage points higher today as compared to the Khmer region. 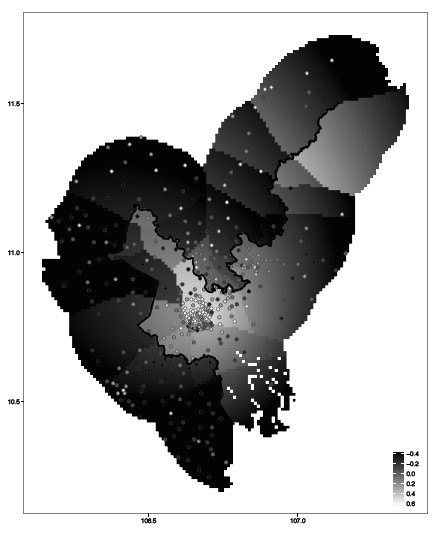 Mechanisms: The importance of local engagement

The interesting question here is what mechanisms led to these stark differences between the two regions of Dat Viet and Khmer. Rich historical data allows us to understand the possible drivers of higher living standards in Dat Viet. We find more involvement in civic organisations and greater engagement with local government on the Dai Viet side of the border. Local government has been more active and well-liked there, with more villagers reporting that the local government is responsive to citizens, and the local government collecting more taxes.

The above findings indicate a tradition of cooperation in which villagers are better able to work together. The study does not find impacts on public goods provided by the provincial government, and citizen attitudes towards the national government are more negative on the Dai Viet side of the boundary, indicating that effects are unlikely to be driven by higher levels of government. These findings support the theory that systems of administration used by pre-colonial states created traditions that persisted long after the original states disappeared, and these traditions in turn had real economic consequences.

The results help to shed light on the reasons for Northeast Asia's economic take-off in the 20th century. More broadly, they suggest that local governance and civil society are complements – when civil society is more vibrant, local government is more effective.