How not to disengage from a conflict: Evidence from NATO’s war in Afghanistan 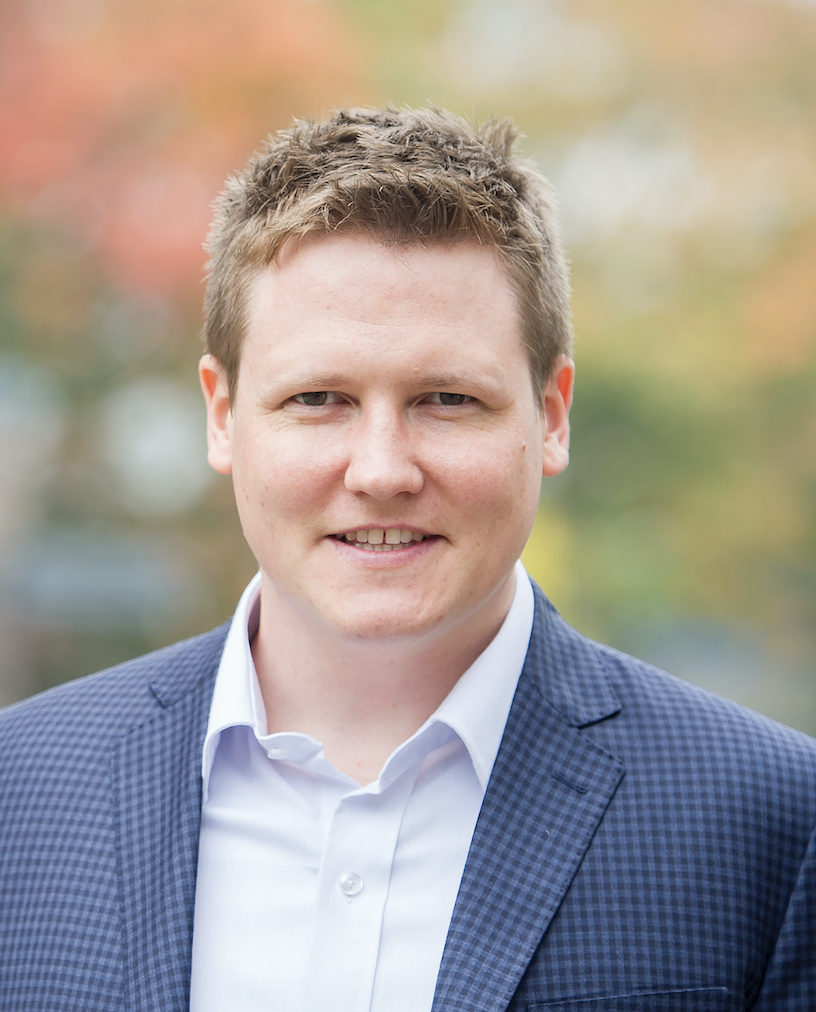 Professor of Economics, University of Warwick 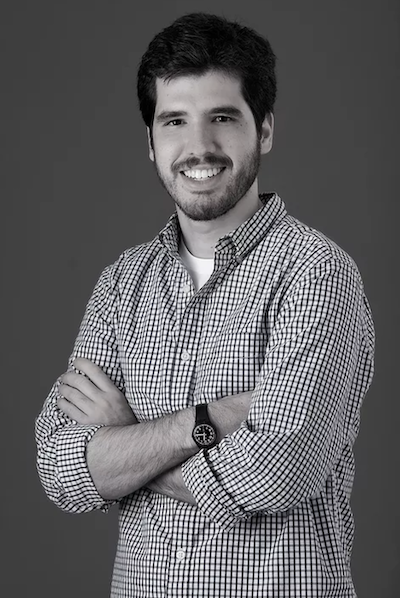 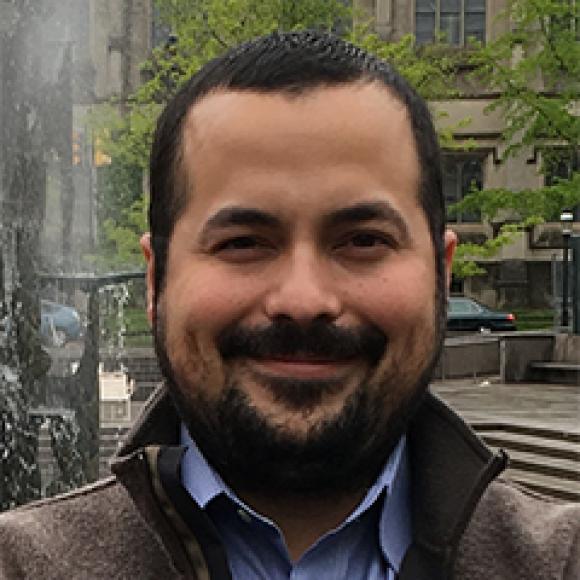 In the wake of the September, 11 2001 terror attacks on the United States, NATO, for the first time ever, invoked its mutual defence clause enshrined in its constituting Article 5. NATO subsequently ousted the Taliban regime in Afghanistan, which had been harbouring Osama Bin Laden’s Al Qaida, in a campaign starting in October 2001. Hopes that improvements in health, education, women’s rights, and economic opportunities in Afghanistan would drain support for the Taliban quickly evaporated. A protracted war of attrition marked by asymmetric warfare ensued, and the conflict in Afghanistan became the US’ and NATO’s longest military engagement.

Foreign interventions typically aim to reduce the cost of potential civil wars (Mueller 2014). However, these interventions come a high price. According to the Costs of War Project, the conflict in Afghanistan has come at a cumulative total cost of $2 trillion to the US alone, along with the loss of at least 3,500 NATO troops and between 171,000 to 174,000 casualties in Afghanistan.1 In new research, we shed light on the strategic interplay between NATO and the Taliban in Afghanistan around the main withdrawal of Western troops from 2011 to 2014. The findings do not bode well for the recently announced full withdrawal of NATO troops from Afghanistan by the end of 2021.

Prior work in economics has focused on understanding the economic and political drivers of armed conflict (e.g. Berman et al. 2017a, Fetzer and Kyburz 2020)2 and how conflict strategies and war fighting tactics evolve during an ongoing war (e.g. Berman and Matanock 2015).3 Our recent paper (Fetzer et al. 2021b) makes a unique contribution to this literature by studying the security transitions that mark the end of foreign military occupations. We study this issue by examining the recent, large-scale security transition from international troops to local forces in the ongoing civil conflict in Afghanistan between 2011 and 2014.

The dataset we compiled combines information on this transition process with declassified conflict outcomes (SIGACTS) and previously unreleased quarterly survey data of Afghans’ perceptions of local security (ANQAR). Our empirical design leverages the staggered rollout of the transition and employs a novel instrumental variable approach to estimate the impact. We find a significant, sharp, and timely decline of insurgent violence in the initial phase – the security transfer to Afghan forces. We find that this is followed by a significant surge in violence in the second phase – the actual physical withdrawal of foreign troops. We argue that this pattern is consistent with a signalling model, according to which the insurgents reduce violence strategically to facilitate the foreign military withdrawal to capitalise on the reduced foreign military presence afterward.

We conduct two types of analysis to investigate the shifts in insurgent violence through the security transition. First, we identify the impact of the transfer of control from foreign troops (ISAF) to Afghan forces (ANSF). As the transition process was completed in five tranches, we are able to exploit the temporal variation generated by the transition process. Panel A of Figure 1 shows the territorial distribution of conflict intensity and Panel B shows the assignment of Afghan districts to one of the five transition tranches.

Next, we turn to gauging the effect of physical withdrawal of NATO troops on the security levels. Since the decision to close or hand over individual bases was highly discretionary and district specific, there are concerns about the endogeneity of the sequencing of base closures across different regions. Panel A of Figure 3 demonstrates the variation of timing of the base closure dates relative to the transition onset announcements. To address this potential endogeneity issue, we employ an instrumental variable approach by exploiting operational and logistical constraints of the troop withdrawal using cross-sectional variation in the travel distance between individual districts and the ten major logistical hubs that had the military-grade airports required to accommodate the cargo airplanes that transported arms and troops out of the country. Panel B of Figure 3 shows the least-cost, shortest distance from a district centroid to the nearest logistic hub mapping well into the timing of base closure.

We find that the physical withdrawal and base closure is associated with a drastic worsening of the conflict situation with both violence and security perceptions worsening drastically. We confirm that our results are not driven by displacement effects between districts, using the novel estimation strategy taken from de Paula et al. (2020).

We do not find evidence that suggest that the withdrawal announcement weakened the ability of Taliban to mobilise; similarly, we do not find evidence suggesting that the ANSF ability improves with the handover. Rather, we argue that the mechanism that could account for our findings is a strategic decision by the Taliban to scale back violence during the transition period. Local security transfers created an overwatch period, in which the relative capacity of the Taliban and the ANSF was signalled to ISAF forces. As such, the Taliban had an incentive to understate its capacity in a manner that was both difficult to detect, and that confirmed NATO forces’ biases (i.e. that Afghan security forces were ably trained and capable of delivering security on their own). In our article, we formalise this logic in a simple game in which violence serves as a signal about the relative capacities of the Taliban and the ANSF.

Our study demonstrates that the Taliban is highly strategic in its use of violence choosing to conserve their fighting capacity during the security transfer and ramping up the violence once the foreign troops physically withdraw from the country and the cost of local reintervention is sufficiently high. Recent developments point to the Taliban’s willingness to resort to violence as foreign troops withdraw from the country. In fact, US government intelligence suggests that the Taliban is prepared to violate the terms of the peace agreement signed by the Trump administration and the Taliban on 29 February 2020 (Kube et al. 2020).  Recent casualty report by The New York Times reported at least 327 security forces and 82 civilian deaths in Afghanistan this month with an escalation of Taliban’s attacks against police and the military (Faizi and Rahim, 2021). In a recent dramatic example, a series of explosions outside a high school in Kabul left more than 90 people dead and many more wounded, raising concerns about the future after the international forces retreat. The attack is said to have been targeted at girls studying at Sayed Ul-Shuhada high school, echoing human rights activists’ concerns over American troops withdrawal that will leave many Afghan women vulnerable (Gibbons-Neff and Kube, 2021). Government officials and village elders report an increase in the rate of Afghan surrender to the Taliban forces. In May alone, more than 26 outposts and bases surrendered to the Taliban with instances of negotiated surrenders of district centers (Zucchino and Rahim, 2021). The former supreme allied commander for NATO, James Stavridis, recently expressed his concerns over the US withdrawal of troops as it may cause “a collapse in the Afghan security forces” (DeCiccio, 2021). Our work shows how strategic miscalculation during Afghanistan’s first security transition may have contributed to its current resurgence of violence.

de Paula, A, I Rasul and P Souza (2020), "Identifying Network Ties from Panel Data: Theory and an Application to Tax Competition". Papers, arXiv.org

Gibbons-Neff, T and N Rahim (2021) “Bombing Outside Afghan School Kills at Least 90, With Girls as Targets”, The New York Times, 8 May.

Zucchino, D and N Rahim (2021), “A Wave of Afghan Surrenders to the Taliban Picks Up Speed”, The New York Times, 7 July.

1.  Fetzer et al. (2021a) show that battle deaths undermined public support in NATO countries for the war in Afghanistan.

3. Recent work explaining the strategic use of violence during ongoing conflicts includes Durante and Zhuravskaya (2018), who also provide a broader discussion in their 2016 Vox column.