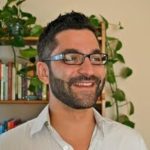 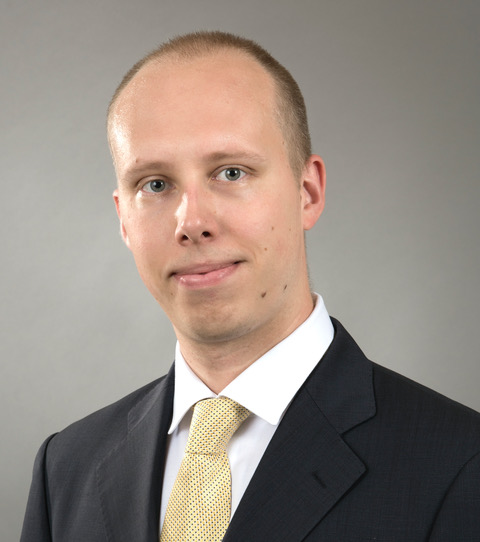 Ethnic divisions are a persistent source of instability in diverse countries, widely associated with weak public goods provision and conflict (Alesina et al. 1999, Easterly and Levine 1997, Esteban et al. 2012, Montalvo and Reynal-Querol, 2005). Despite a rich body of research on the consequences of interethnic tensions, policymakers have few viable options for managing ethnic divisions.

One potential exception to this dearth of policy tools is local government proliferation: the process of establishing new local governments by redrawing existing administrative boundaries. Such redistricting policies are common across the developing world. For example, from 1990 to 2010, the number of Nigerian states increased from 22 to 37, Ugandan districts from 34 to 112, and Kenyan districts from 47 to 70. Brazilian municipalities increased from 3,974 in 1980 to 5,560 in 2000, and Vietnamese provinces increased from 40 to 64 from 1996 to 2003 (Grossman and Lewis, 2014). Often, local demand for new boundaries arises from a desire for a better match between political boundaries and ethnic group territories (Pierskalla 2017).

Consider the stylised case in which two, geographically segregated ethnic groups, initially part of the same local government, are now subdivided into two, with each becoming responsible for their own self-governance. If ethnic divisions are primarily instrumental, as would be the case if they are used as an organising force for political competition, then this change in the ethnic composition of the electorate could alter the salience of ethnic divisions and in turn reduce conflict (Posner 2017). However, in diverse societies, redistricting along group lines is rarely so simple and may instead foster new divisions. Consider, for example, two minority groups that break away to form their own district. Previously pitted together against a larger majority, these two groups now face fresh incentives for conflict in the newly polarised district.

Despite the prevalence of administrative unit proliferation and theoretical support for its potential to alter ethnic divisions, systematic empirical evidence is lacking. In our recent working paper (Bazzi and Gudgeon 2017), we examine whether or not redistricting reduces ethnic tensions and violence in the context of large-scale district proliferation in Indonesia.

Concurrent with decentralisation reforms in the early 2000s that devolved power to the district (and away from the centre and the provinces), Indonesia facilitated a massive wave of redistricting, often initiated at the behest of local entities. Figure 1 shows that the Indonesian parliament approved the creation of hundreds of new local governments to be carved out of existing districts. The number of districts ballooned from a largely stable 300 to over 500 by 2014. 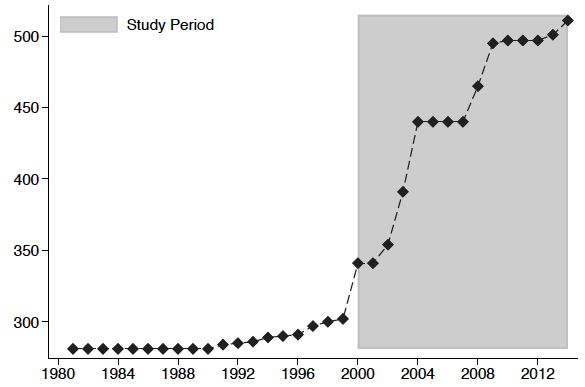 Notes: The figure shows how the number of districts (kabupaten and kota) evolved over time in Indonesia, based on the formal dates at which the new districts were approved by parliament.

As in other diverse countries, many splits were at least partially motivated by regional and ethnic differences. For example, the district of Sambas in West Kalimantan split into three along roughly ethnic lines, establishing a Malay majority in Sambas, a Dayak majority in Bengkayang, and an ethnic Chinese plurality in Singkawang. Across Indonesia, but especially in the Outer Islands, the large, arbitrary districts – a vestige of Dutch colonialism and post-independence reconfiguring – were carved up into more ethnically homogenous units.

Figure 2a shows that district splits across the Indonesian archipelago reduced ethnic fractionalisation, a measure of ethnic diversity that captures the probability that two randomly selected individuals belong to a different group. Figure 2b plots changes in an alternate measure of ethnic differences – polarisation. Polarisation is highest with two equally sized groups with divergent preferences, as proxied by differences in language. While fractionalisation falls in all districts, many new boundaries engender greater polarisation with new districts having two or three politically relevant groups.

The effects of these changes on ethnic divisions and conflict depend on the nature of what is being contested. Polarisation is theoretically linked to violence over public goods like local government policy, whose benefits are non-excludable and undiminished by group size, while fractionalisation is linked with conflict over private goods (Esteban and Ray 2011). While both measures are plausibly relevant in this context, districts are the nexus of local politics and public goods provision, bringing a measure like polarisation to the forefront. 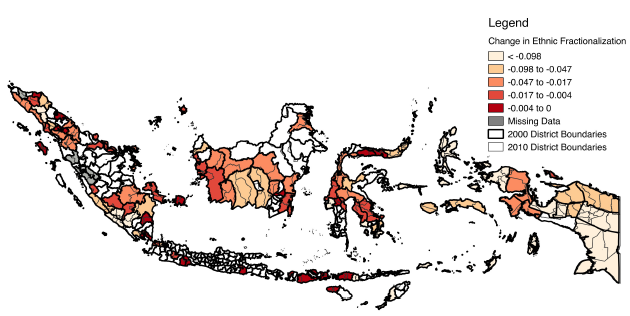 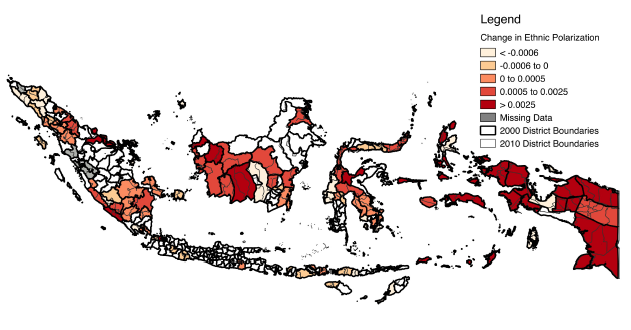 Isolating the effect of redistricting on outcomes of interest, like violence, is challenging given that places that initiated a split can be very different than non-splitters. We overcome this difficulty by exploiting a natural policy experiment: the national government instituted a moratorium (a temporary prohibition) on the process of splitting between 2004 and 2006 (Burgess et al. 2012). The abrupt cessation in splitting from 2004 to 2006 is evident in Figure 1. Over 100 proposals for new districts awaited consideration between 2005 and 2006. This plausible exogenous shock allows us to more credibly compare outcomes for districts that split right before the moratorium to districts that split afterward. Indeed, we show that these districts do not differ from each other in terms of initial ethnic diversity, prior trends in conflict, or other factors correlated with the two.

We are also interested in understanding how the extent of homogenisation affects conflict. Do cases where splitting cleanly separated groups differ from cases where new districts continued to be comprised of multiple groups, now in different proportions? Empirically, much of the between-district variation in how districts split is due to pre-existing ethnic geography coupled with requirements on the minimum size of new districts. This facilitates a causal interpretation of the effects of border-induced changes in diversity on changes in conflict.

We estimate the effect of splitting on the average monthly incidence of social conflict, which covers sub-categories like resource, governance, and election violence. Our data come from Indonesia’s National Violence Monitoring System, which records and categorises over 230,000 violent episodes at high spatial resolution using over 100 local newspapers.

Despite causing a sizable reduction in ethnic fractionalisation within new political boundaries, redistricting has little effect on the average likelihood of conflict. This result masks important heterogeneity, particularly with regards to ethnic polarisation. Figure 3 presents a simple comparison of changes in the incidence of conflict (post- minus pre-split) to changes in fractionalisation and polarisation for our main sample of districts that split around the moratorium. We see here that districts that split into more polarised units experience a significant increase in the likelihood of social conflict.

a) Change in conflict and the change in ethnic fractionalisation 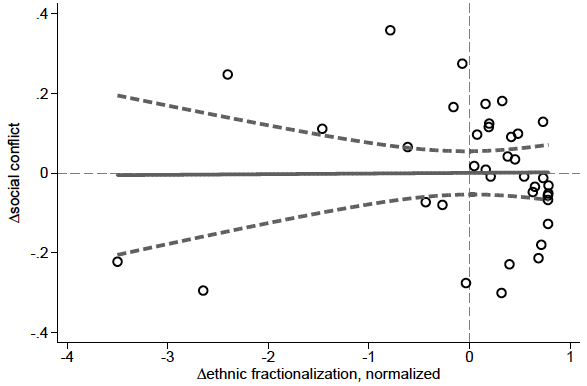 b) Change in conflict and the change in ethnic polarisation 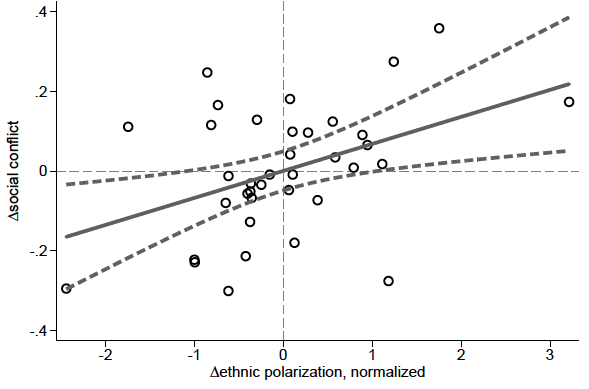 Notes: The figures plot the change in mean, monthly likelihood of conflict after redistricting against the change in ethnic diversity for Indonesian districts that split around the moratorium and are covered by the National Violence Monitoring system. Figure 3a shows results for fractionalisation and Figure 3b the results for polarisation. The thick dashed lines are 95% confidence intervals.

Differential increases in conflict appear particularly pronounced around direct election times for district heads and in areas that receive an entirely new government, replete with a new capital and local public institutions. In newly polarised districts, the ensuing majoritarian electoral contests to control valuable public resources further amplify incentives for violence. This may give rise to fresh cycles of conflict lasting beyond the first few years after redistricting.

Overall, our findings highlight the promise and pitfalls of local government proliferation. Districts that homogenised on all dimensions of ethnic diversity experienced reductions in violence. This important result shows how redrawing political boundaries can ameliorate ethnic divisions. However, redistricting in diverse societies must be approached with care. When it is not feasible to give each group its own area, redistricting can have unintended consequences, creating fresh incentives for groups to contest local power using violence. Future work should analyse other implications of redistricting including welfare and public goods provision, the consequences of reduced interaction between groups in the public sector, and identity formation in new political environments.