Public disclosure as a political incentive: Evidence from municipal elections in India 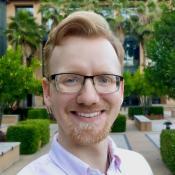 Lecturer in International Development at the Harvard Kennedy School

Councilors who thought performance reports would be published before an election invested more in infrastructure, with positive impacts on re-election

Slum dwellers in Delhi have specific preferences for the public goods in their neighborhoods—something municipal councilors have the power to improve through discretionary spending.

In this VoxDevTalk, Rohini Pande shares insights from a study in urban Delhi, India with Abhijit Banerjee, Nils Enevoldsen, and Michael Walton that evaluated the extent to which public disclosure of performance could motivate local politicians to spend on infrastructure. The authors found that the anticipation of future disclosures led councilors to increase their spending on infrastructure in slum areas. The power of the press was seen to be key, where the credible threat of having a political record published in the newspaper increased politicians’ investments. However, private information was not seen to motivate spending - providing councilors directly with information about infrastructure status had no effect on their investments.

Importantly, slum residents who saw improved infrastructure also were more likely to support their councilor for re-election—suggesting a positive relationship between public disclosures and investments, and between investments and voter support.