Something to complain about: How minority representatives overcome ethnic barriers 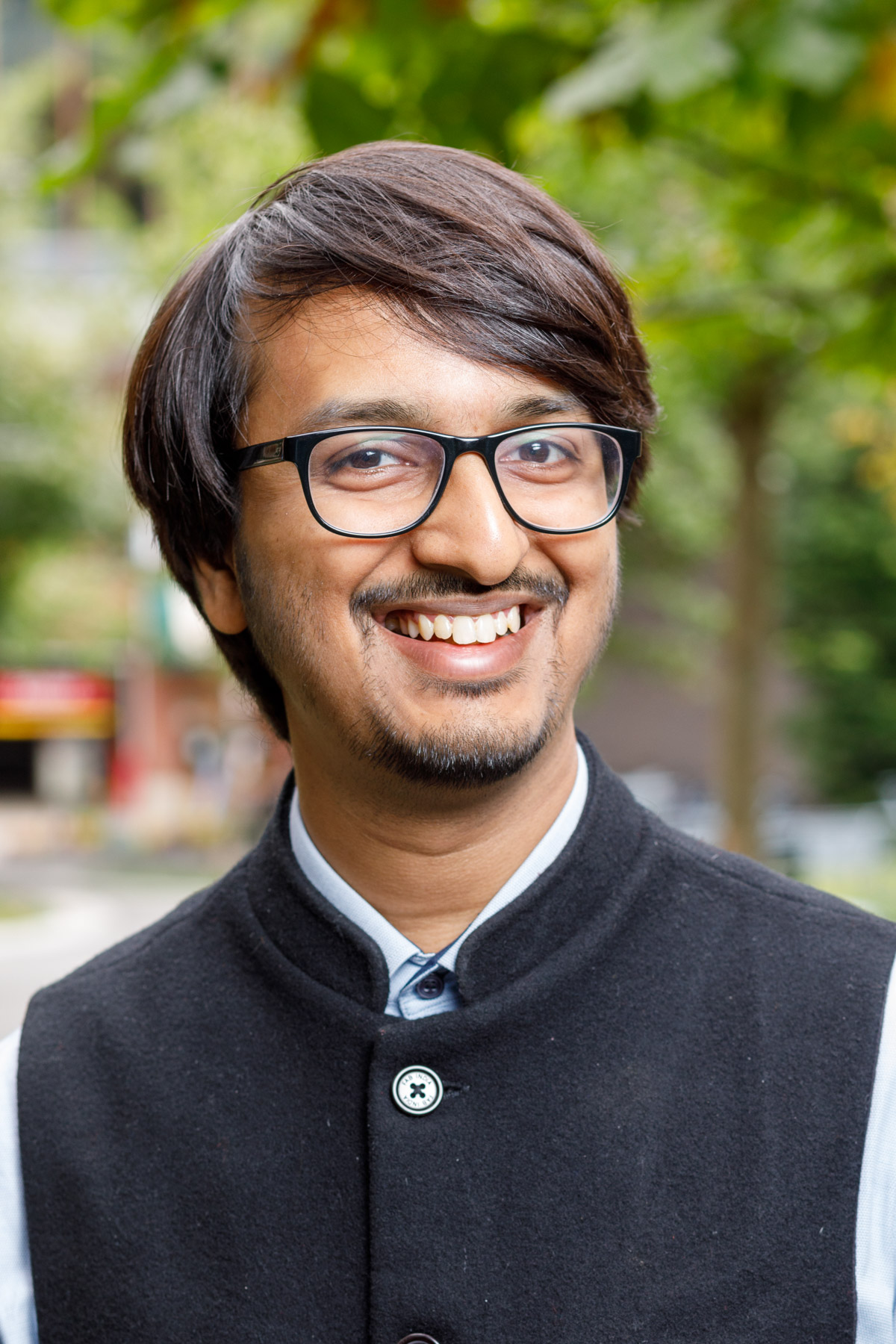 We live in tumultuous times. There is a renewed interest and need for policies that help minorities overcome systemic sources of discrimination. A series of important studies in development economics shed light on the consequences of affirmative action policies in public sector jobs and in local and national government (Pande 2003, Besley et al. 2004) . Yet, even while serving in government, minorities face discrimination from their majority group peers. What institutional innovations can the state design to give minorities in government a leg-up?

Our study, set in Bihar, India, describes one such innovation – a formal complaints technology. Such technologies, common across the developed1 and developing world, are used by citizens to air their grievances with the local state to members of the higher state. In 2016, Bihar launched its own such system called the Bihar Right to Public Grievance Redressal System (BPGRS). Under the system, once complaints are filed, they are resolved via three-person hearings featuring the complainant, the relevant local government official and a dispute resolution officer from the higher state.

To understand this better, we need to acquaint ourselves with two key hierarchies amongst local government officials in Bihar:

SC ward members are therefore twice disadvantaged,4 occupying the bottom of both hierarchies. Over 80% of such ward members govern under a non-SC village head. Things came to a head when, in 2017, the government of Bihar announced that implementation of key water and sanitation (WAS) public goods would be handed over to ward members. Ward members now had access to some of the village’s financial resources. However, the rules mandated that these funds would reach the ward member through the village head. Thus, if the village head so wished, they could choose to hold up projects by refusing to release funds.5

Focusing on SC ward members, our study established three causal results (see Figure 1 for a stylised representation of the findings). We begin by establishing how being quasi-randomly paired with non-SC village heads affects outcomes. To do so, we rely on a regression discontinuity (RD) design strategy.6

Using an administrative dataset of over 98,000 WAS projects, we show that SC ward members deliver an initial 29% fewer WAS public goods.7 While things get better with time, the most disadvantaged sub-castes amongst SCs implement fewer projects even a full two years after the scheme had begun.

Crucially, reversing roles does not have the same effect: non-SC ward representatives have no trouble working with SC village heads. Thus, a combination of the two hierarchies makes SC representatives worse off. 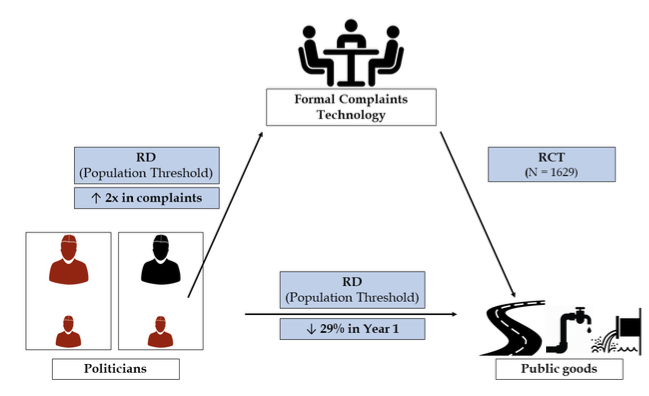 Our second result – identified via the aforementioned RD design – describes the role of formal complaint technologies in this setting. To do so, we match data on nearly 100,000 ward members with the universe of nearly 500,000 complaints filed under the formal complaints system. We find that SC ward members are more than twice as likely to file complaints about WAS public goods when governing under a non-SC village head. Once more, we find no such pattern for non-SC ward members, reinforcing our claim that caste hierarchies lie at the root of the problem.

These two results, therefore, establish that SC ward members are particularly disadvantaged. Since complaint-filing is not costless (it requires attending multiple hearings in a distant dispute resolution office), it suggests that the breakdowns in collaboration between SCs and non-SCs are significant.

Does filing complaints improve public goods provision? To understand this, we conducted a large field experiment across 1,629 SC ward representatives.8 These come from villages whose total population is nearly 15 million. Our main treatment arm involved contacting these representatives and randomising an offer to file complaints regarding stalled projects in their jurisdictions: 41% of those offered the choice filed complaints.9

Back-of-the-envelope calculations suggest that the intervention is highly cost-effective, costing 2.5 cents for every dollar's worth of public goods provided. 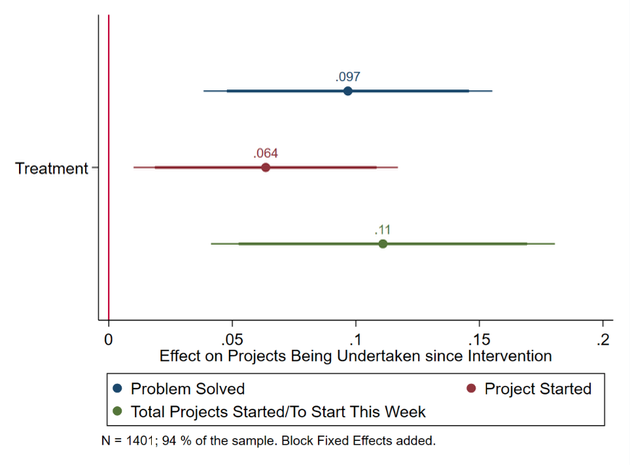 We began by asking how minorities in government can be given a leg-up. Our results indicate that formal complaints technologies could be a possible solution. These technologies give voice, particularly in decentralised set-ups, improving minorities’ strategic bargaining power with upper-tiered members of the local state. This has important, positive implications for public goods provision.

Sharan, M R and C Kumar (2019), “Something to Complain About: How Minority Representatives Overcome Ethnic Barriers”.

Sachchidananda (2007), Empowerments of Dalits through Panchayati Raj: The Bihar experience.

1  Over 200 American cities have such systems.

2 The GP head in Bihar is called a “Mukhiya”.

3 Subhas Baitha, a 35-year-old ward member, described his state in 2007 thus: “Ward members of the Gram Panchayat have no financial power. They cannot sanction any scheme. [The Village head] is all in all in Panchayat” (sic). (Sachchidananda 2007)

4 Ashok Rajak, a ward member said: “[the village head] helped only his own caste men”. (Sachchidananda 2007)

5 As mentioned, there exists funds for every ward to implement their own projects. Also, allocations are determined by a fixed set of rules. So, all our results abstract away from preferences or rivalries over which wards should get which goods and when.

6 An affirmative action policy to encourage representation of SCs in local government mandates that villages with an SC population above a threshold would only have SC village heads. Thus, villages close to the threshold on either side are similar, but only vary in the caste of the village head.

7 While this gap reduces by the end of year 2, it remains large (27%) and significant for those sub-castes among SCs who are at the bottom of the caste hierarchy.

8 This study is registered in the AEA RCT Registry and the unique identifying number is: AEARCTR-0004308.

9 An additional treatment measured if information alone was sufficient to increase complaint filing: our results indicate that this increases complaint filing by 7 percentage points. This indicates that the transaction costs of filing complaints are significant.

10 They are also more likely to say that the main problem that caused projects from being implemented was resolved and that projects are likelier to start in the coming week (Figure 2).