How climate change reallocates capital and labour within countries: Evidence from Brazil 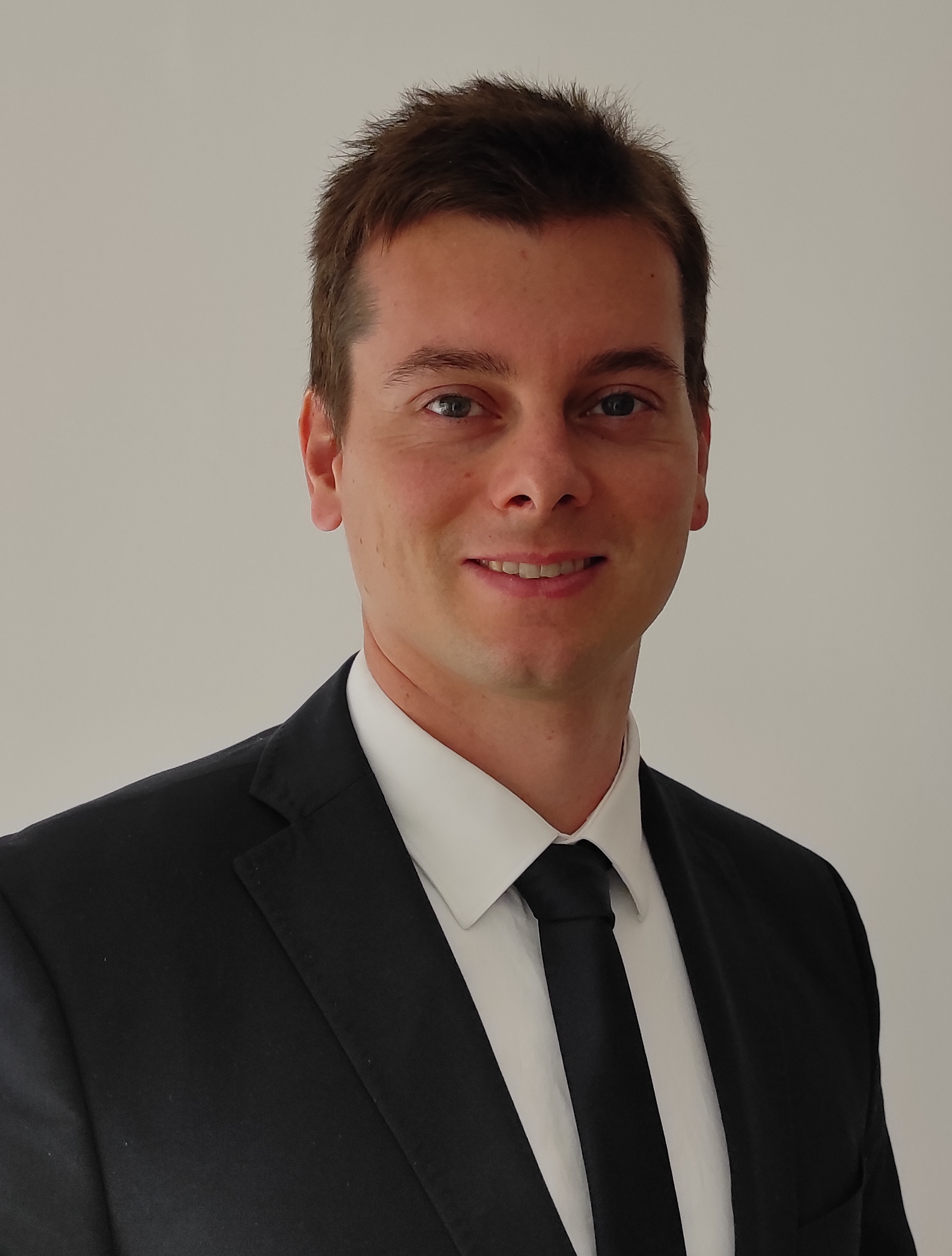 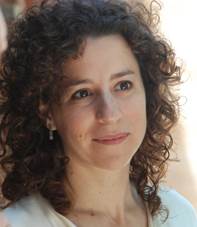 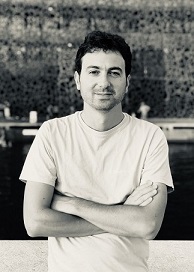 The economic and social impact of climate change is one of the major challenges of our time. According to the 2021 report from the Intergovernmental Panel on Climate Change (IPCC 2021) – the UN body in charge of assessing the science related to climate change – human-induced climate change is already affecting weather in every region across the globe, from heatwaves and heavy precipitation to drought (IPCC 2021).

Developing economies are particularly exposed to extreme weather events, in part because they tend to be located in tropical and subtropical regions – where initial temperature levels are higher and dryness predicted to rise more steeply – and because a significant population share is still employed in agriculture (Mani et al. 2018). Several studies have shown that increases in temperature and extreme weather events have negative effects on local economic activity and can generate migration away from affected areas (see Dell et al. 2012 for a recent review). However, we still lack a clear understanding of how climate change affects the reallocation of workers and capital, including its impact on the regions that become destinations for those displaced by climate shocks.

In our recent paper (Albert et al. 2021), we study this question using new data on extreme weather events that occurred in Brazil over the last two decades, focusing on episodes of excessive dryness. In particular, we study the impact on the local economy of the affected areas, on the magnitude and direction of the labour and capital movements they generate, and on the allocation of factors across sectors and firms in destination regions.

Dryness in Brazil in recent decades

We employ two different measures of excessive dryness in Brazil. First, we digitised administrative data from the National System of Civil Protection, which contains every natural disaster reported by municipal administrations since 2000. As shown in Figure 1, droughts are the most frequent natural disaster recorded, with 1,000 to 1,500 reports per year during the 2000s, and a sharp increase to more than 2,000 reports during most years of the 2010s. As this database is based on aid requests to the federal government, it might be subject to reporting bias. To overcome this problem, our main analysis relies on a meteorological dryness measure, the Standardized Precipitation Evapotranspiration Index (SPEI), which captures the moisture deficit in a given location relative to its long-run average based on precipitation and temperature data. This measure indicates a strong increase in dryness during the 2010s across major parts of the country, as shown in Figure 2. We next address the question of how financial capital reacts to these productivity shocks by moving across regions. For this, we use balance sheet data from all bank branches in Brazil (ESTBAN) to obtain overall local deposits and loans. Importantly, in our empirical specification, we not only estimate the direct effects of local dryness shocks but also the indirect effects arising from being connected via bank branch networks to regions suffering from droughts. We find that regions directly affected by excessive dryness in a given year receive capital inflows driven by an expansion of loans. These funds are partly drawn from municipalities connected to dry ones through bank branches, as these locations experience capital outflows. This indicates that local economies are partially insured against dryness shocks in the short run through financial integration with other areas. However, the impact on capital of a full decade of excessive dryness leads to capital outflows, as lending is strongly reduced: a municipality at the 90th percentile of the distribution of the 2000–2010 average dryness index suffers a 10% decline in lending relative to the median municipality. This is consistent with the idea that a full decade of unusually dry meteorological conditions has (or is perceived to have) permanent negative effects on local productivity. Movement of workers across sectors and regions due to dryness shocks

In the next step, we investigate how dryness affects local labour markets and movements across regions. Based on the fact that migrants are more likely to relocate to regions where they have social networks, measured by historical migration links, we construct a measure of indirect dryness exposure for each destination. Our regression results indicate a strong migration response to higher average dryness over ten years. Relative to the median, a municipality at the 90th percentile of dryness suffers a 1.8% population loss through both higher out-migration and lower in-migration. On the other hand, regions that are linked through historical migration patterns to those affected by dryness expand their population through higher inflows.

How do dryness shocks and the population movements they trigger affect local employment? First, we find that as a consequence of productivity losses and outmigration, employment falls by around 4% in a municipality at the 90th percentile, while employment expands in the regions connected through migration links. Second, we observe changes in the sectoral structure of local economies. In particular, areas with a higher incidence of droughts experience a sharp decline in employment in agriculture, a moderate decline in employment in the service sector, and a sharp increase in manufacturing employment (Figure 4a). This suggests that the fall in agricultural productivity reduced the demand for local non-traded goods, such as services, while generating an expansion in local traded goods, such as manufacturing, by reducing the price of labour. In terms of relative importance of outmigration and sectoral reallocation as margins of adjustments to dryness shocks, we find that only a quarter of the workers that leave the agriculture and service sectors relocate to the local manufacturing sector, while about half emigrate to other municipalities. The remainder most likely either stays unemployed or is not fully captured in our data on migration flows.

Figure 4 Dryness and sectoral composition of the economy

Notes: Estimated effects of an increase in dryness from the 50th to the 90th percentile on changes in employment by sector.

In contrast, as seen in Figure 4b, those regions that receive climate migrants see their employment expand in agriculture and services but not in manufacturing. This finding might be driven by climate migrants lacking the skills required for manufacturing jobs in their destination. In this case, the absence of migrant reallocation into manufacturing would reflect an optimal labour allocation at their destination. Alternatively, this finding could be driven by migrants' social networks being disconnected from manufacturing firms at their destination. This asymmetry in labour market frictions across sectors would result in labour misallocation. We explore these explanations in the final section by using micro-level data at the worker level.

Why are workers displaced by climate shocks less likely to end up in manufacturing?

We study the employment trajectories of workers leaving regions affected by climate change using matched employer-employee data covering all formal workers in Brazil (RAIS), which allows us to trace worker movements across regions and sectors over time. We use this feature of the data to construct a firm-level measure of exposure to migrants from each region of Brazil, computed using information on the origin municipality of the existing workers of the firm in the baseline year 2005. The rationale for our measure is that firms that traditionally hire workers from certain regions are more likely to be the destination of future migrants from those same regions, perhaps because new migrants seeking employment rely on referrals from other people from the same region.

We find that, within a given location, workers from dry areas tend to reallocate towards firms with an already larger share of migrants from those origins. This implies that climate migrants do not amount to a symmetric increase in labour supply for all firms. Instead, labour market frictions direct migrants to connected firms. This has important implications for the composition of economic activity in destination regions.

We also find important heterogeneity across sectors. First, the manufacturing sector is the least connected to areas exposed to excess dryness through past migrant networks: only 2% of its workers come from those areas, compared to 4% in services and 6% in agriculture. This might reflect the fact that manufacturing is more geographically concentrated due to agglomeration economies. Second, the estimated elasticity of worker inflows from connected origins experiencing dryness is three times larger for firms in the agricultural sector than for firms in manufacturing. This implies that even in the presence of referral networks, manufacturing firms are less prone to employ workers coming from dry areas. This might be due to the fact that manufacturing firms require specialised skills sourced in thick local labour markets.

Overall, our paper attempts to contribute to our understanding of the potential effects of climate change on economic outcomes. In particular, we show that long periods of excess dryness relative to historical averages generate the reallocation of capital and labour away from affected regions. This is consistent with an expected permanent reduction in agricultural productivity and limited capability of local adaptation responses. We also document that higher dryness can change the structure of the economy, not just of the directly affected areas but also of those integrated via labour and capital markets. We expect that our estimates can be informative for the recent quantitative trade and spatial models studying the effects of climate change on productivity and the spatial allocation of population and economic activity (Desmet and Rossi-Hansberg 2015, Costinot et al. 2016, Balboni 2019, Conte et al. 2020).

Costinot, A, D Donaldson and C Smith (2016), "Evolving comparative advantage and the impact of climate change in agricultural markets: Evidence from 1.7 million fields around the world", Journal of Political Economy 124(1): 205–248.