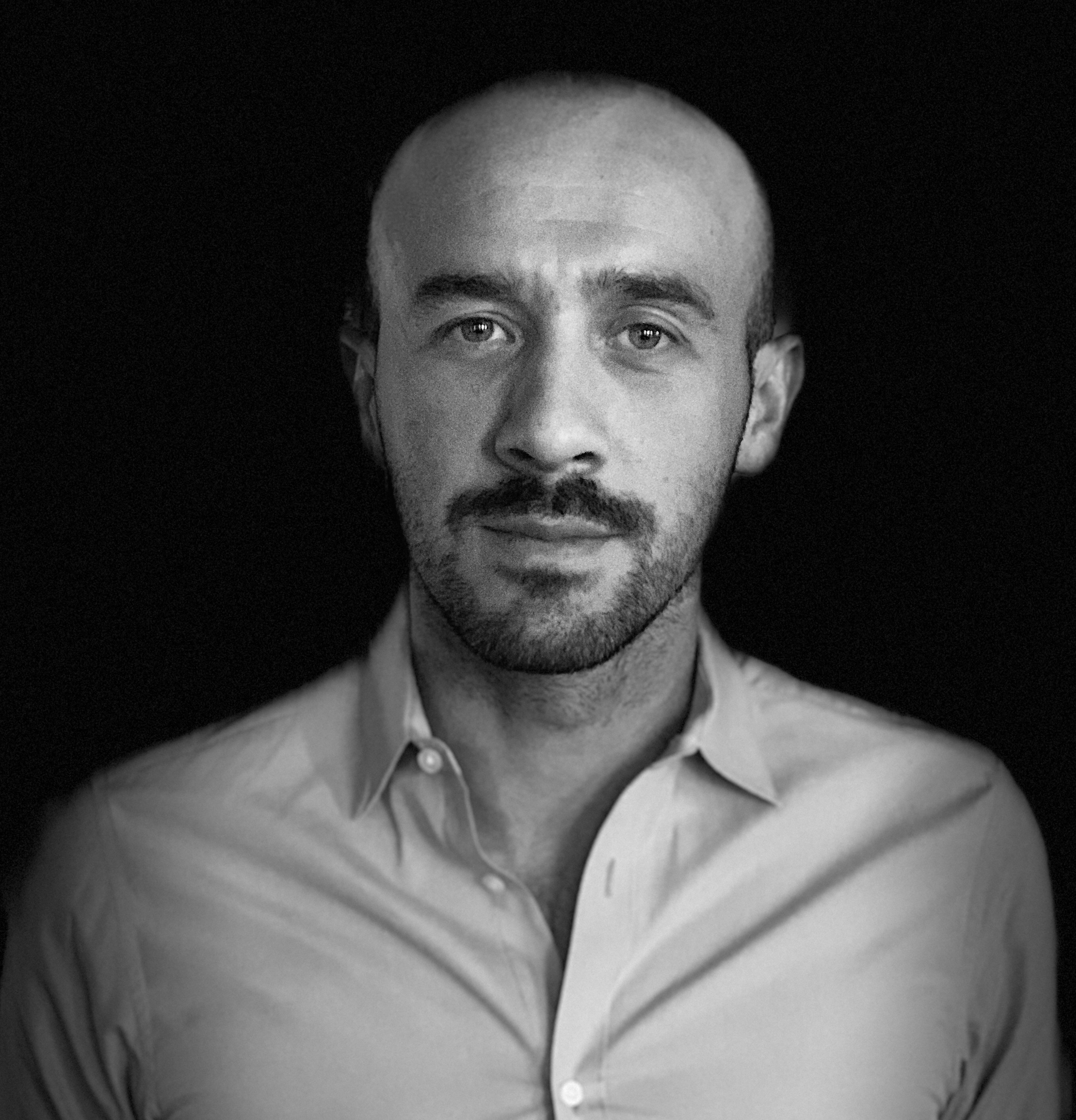 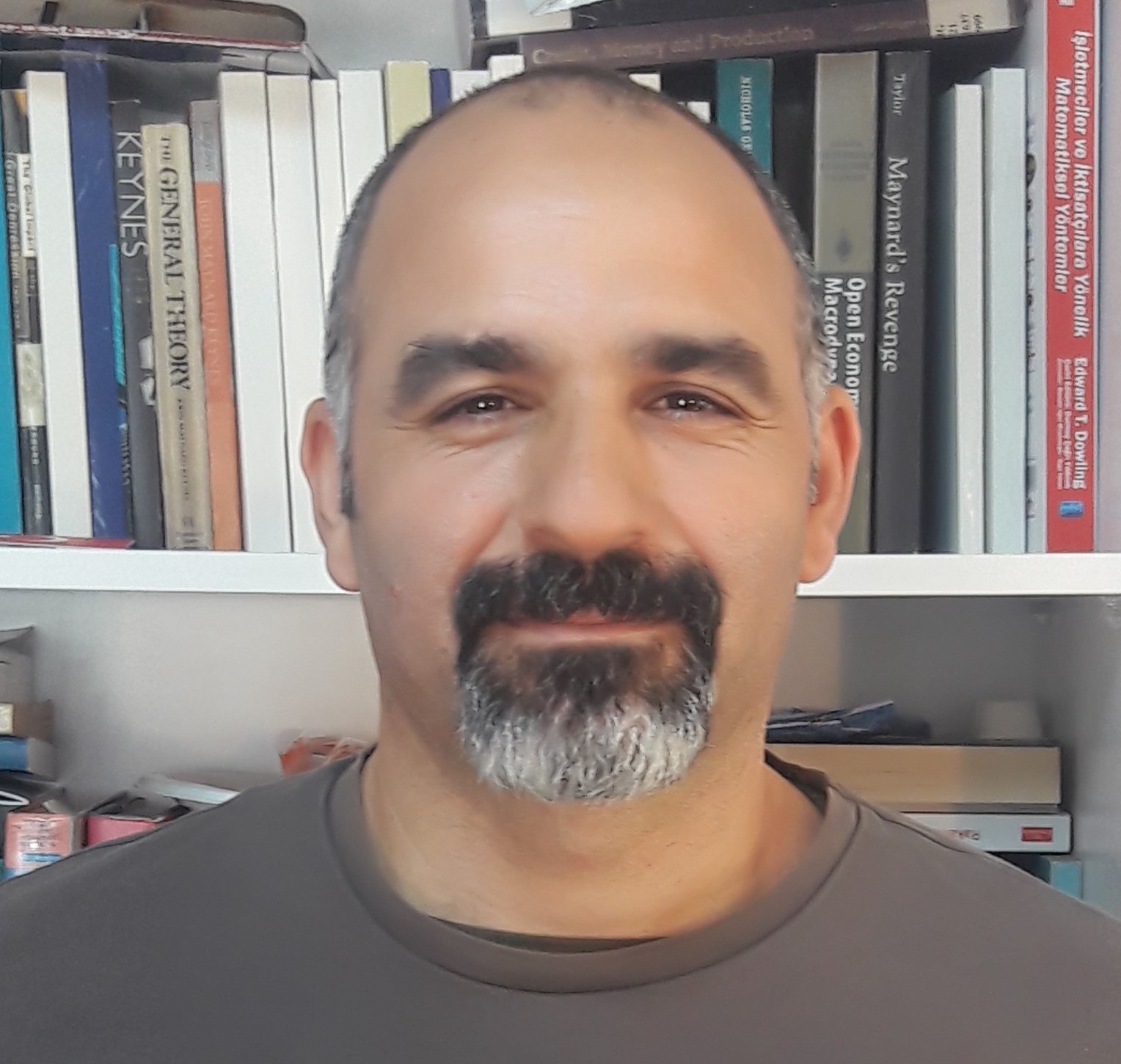 A large influx of Syrian refugees in Turkey induced substantial increments in Turkish firm production and entry, with variation in effects across firm size and sectors

Large inflows of refugees may bring about profound economic shocks in host economies through changes in production and prices and by inducing changes in informal economic activities. For example, businesses located in refugee-hosting locations could be positively impacted by refugee migration. A trifecta of reasons explain these positive impacts. First of all, refugees are consumers, and as such, they represent a positive demand shock that could translate into higher sales for firms. Secondly, refugees can bring new networks and know-how, and through them, increase firms’ trade or help firms develop new products and improve their processes or technologies. Finally, refugees are ultimately a positive labour supply shock, which could potentially induce a reduction of labour costs for firms.

Although all of these potential effects of refugees on business are also likely to occur for any type of migration flows, the economic consequences of forced displacement can differ vastly from those caused by voluntary migration. Refugees, for instance, arrive in large numbers and vulnerable conditions, are traumatized by war, and lose any assets that they cannot transfer to the host country. Most often, the lack of clear regulation of their status, coupled with uncertainty regarding the duration of their stays, further complicates their integration into local economies and restricts their human capital investments. Additionally, given that 85% of refugee populations find shelter in developing countries, their employment opportunities are usually concentrated in the informal sector.

Our research (Altindag et al. 2020) explores the impacts of the sudden arrival of more than three million Syrian refugees in Turkey on Turkish businesses.

Turkey’s recent history offers an ideal setting to explore the effects of forced migration in local business activity. Between 2011 and 2016, approximately 3.5 million Syrian refugees arrived in Turkey fleeing violence. Syrian migration to Turkey was negligible before the Syrian Civil War began, and the ensuing large-scale migration was unexpected. As such, the timing and the scale of the migration were arguably unrelated to the overall economic conditions in Turkey.

We exploit this sharp increase in Syrian-forced migration to Turkey to explore its effects on Turkish firms’ behaviour, including input demands, production, and entry/exit decisions.

Identifying the impacts of refugees on business

To estimate the effects of refugee inflows on firm behaviour, we compare firm outcomes in provinces with different shares of historical settlements of Arabic speakers before and after the onset of the Syrian Civil War conflict. Our strategy uses the fact that Syrian refugees in Turkey were substantially more likely to arrive in areas with a high concentration of Arabic-speaking networks after the conflict began (see Figure 1). These networks date back to the Ottoman Empire. Following its collapse, the Treaty of Lausanne in 1923 ceded a large share of the Ottoman Province of Aleppo (Halep Vilayeti), a region with a dense population of ethnic Arabs, to newly founded Turkey. 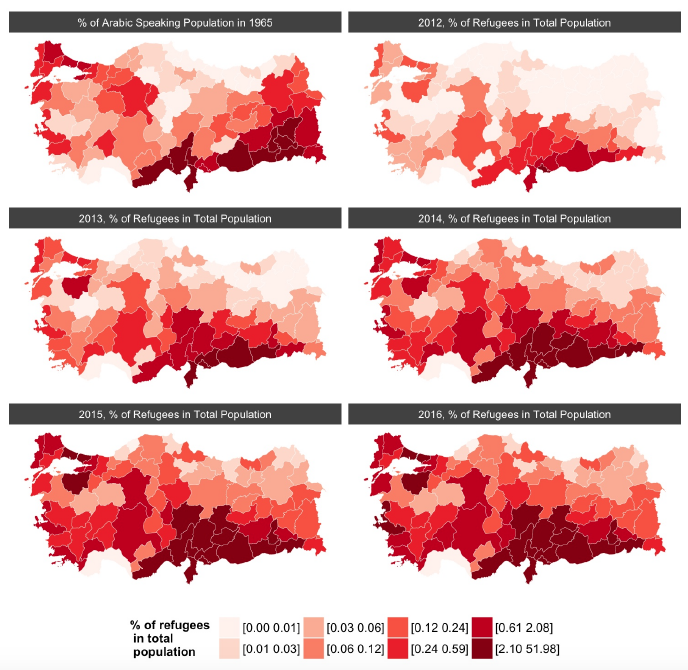 We document positive effects of the influx of refugees on firms’ intensive and extensive margins of production. The effect sizes are economically meaningful: a one percentage-point increase in the share of refugees to total population boosts a firm’s electricity and oil consumption by 4.3%. These effects are entirely driven by small-to-medium-sized firms and more pronounced amongst those operating in the construction, restaurant, and hotel sectors. We also find that the refugee arrival substantially increased the number of new firms, especially those with foreign ownership. The data indicates that a significant part of these newly established firms are co-owned by Syrian partners, who possibly collaborated with Turkish peers to overcome legal barriers to market entry for foreigners.

Our findings also suggest that the impacts of refugee inflows on firms are concentrated in the informal or shadow economy. Using the official census figures that firms report to the government for tax purposes, we do not observe any changes in production, sales, or number of employees. However, we document large increases in energy consumption and firm creation, variables which correct for firm misreporting and account for informal economic activity.

How did an influx of refugees boost local businesses? Mechanisms of impact

Our analysis using labour force surveys provides one potential mechanism to explain our results. Amongst native male workers, who constitute 75% of the employed labour force in our sample, a one-percentage-point increase in refugees in the overall population decreases the likelihood of overall employment by 0.3 percentage points. We show that these effects are entirely driven by the loss of employment in the informal labour market amongst native workers. Those who stay employed also witness a 0.4% marginal increase in their wages and work longer hours. These results suggest that refugees replaced native workers in the informal labour market, thereby increasing the competition for low-wage jobs and potentially reducing labour costs for firms.

Furthermore, the likelihood of permanently leaving their original location might have induced the Syrian civil war refugees to bring most of their accumulated wealth to the host country and invest it. Our analysis supports the idea that Syrian entrepreneurship and capital increased dramatically in hosting areas. Additionally, fixed costs associated with initial resettlement, such as housing and establishing new businesses, might contribute to the positive shock, especially in the construction sector. Anecdotal evidence suggests that the construction sector is expanding and that refugees are more likely to work in this industry through subcontracting. The inflow of aid provided to refugee settlement locations by the Turkish government, international governments, and other non-governmental organisations are supplied mainly by local firms, which also might contribute to the observed changes in firm outputs.

Overall, our results indicate that refugee inflows have a positive impact on local businesses and firm creation, but these effects are concentrated in the informal economy and coupled with reduced employment for native workers in the informal labor market. Our analysis therefore suggests that although refugee migration brings challenges for host locations, these inflows of migrants also represent an opportunity for local businesses.