Research Fellow in the Department of Economics, University of Waikato 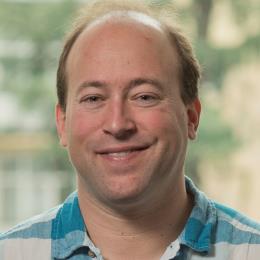 Income differences between developed and developing countries are massive – in 2014, GDP per capita in high-income OECD countries was nine times that of middle-income countries, and 68 times that of low-income countries. These disparities hold even within narrowly defined occupations, with Ashenfelter (2012) showing wages of workers at McDonalds varying by as much as a factor of ten across countries.

How much of this difference can a person gain by moving from a poorer to a richer country? The answer depends on what causes this large variance in incomes. If better institutions, higher quality capital, and other country-specific factors serve to raise the productivity of all local workers, then the same worker will be immediately more productive after moving to a rich country, and so should earn more as soon as they move. But, if benefiting from these factors requires language skills, higher education, country-specific knowledge, and other attributes that are embedded in native workers, new immigrants may hardly be more productive abroad than they were at home, and wage gains may take time to eventuate as migrants accumulate country-specific skills.

Determining the gains from international migration is complicated because migrants are self-selected. One approach is to try to control for as many observable differences as possible between migrants and non-migrants, and then argue that the amount of self-selection on unobserved factors needed to overturn the measured gains is too extreme to be likely. Using this approach, Clemens et al. (2009) show that a typical person from an average developing country should expect to earn 2.5 to 3 times their income upon moving to the US.

Another way to deal with the selection issue is to use data from migration lotteries. In the first such study, McKenzie et al. (2010) examine impacts of migrating from Tonga to New Zealand via the over-subscribed Pacific Access Category, where a lottery with 10% odds of success was used to fill the available slots. These Pacific Access Category migrants had large wage gains in the first year of moving, equivalent to a 263% increase in income. However, this was less than half of the six-fold gap in per capita incomes between the two countries and even the best-performing non-experimental methods based on observable characteristics overstated the actual gains to these migrants by at least 20%.

Other studies of lottery-selected migrants, and their extended families in the sending countries, followed this first study but mostly focused on short-term impacts. A key question for understanding the sources of international income differences is whether migrants gain more of the cross-country income gap over time. One hypothesis is that the income gains increase as migrants assimilate and gain new skills. But it could be instead that gains weaken over time if migrants gave up occupations at home with steeper wage trajectories to work in jobs abroad that offered higher immediate incomes but less prospects for growth. For example, migrants working as teachers, public servants, or doctors in their home countries may face wage structures determined strongly by seniority, and may initially earn more abroad as cleaners, shop assistants, and farm workers, but with more limited scope for wage growth.

In a recent paper, we try to answer the question of whether gains from migration rise as migrants assimilate (Gibson et al. 2015). We study long-term impacts by comparing Tongans who had successful applications in the Pacific Access Category lottery, and who immigrated to New Zealand almost a decade ago, with unsuccessful applicants in this same lottery. We deal with issues that arise from using a long horizon, including individuals who on-migrate to other countries, individuals who had not moved at the time of earlier follow-ups but have now moved (‘slow compliers’ rather than ‘non-compliers’), and lottery losers who migrate via substitute pathways. We also consider locational changes within New Zealand that were less prevalent when the immigrants were first studied, along with (associated) occupational changes.

The results suggest that the economic payoff to migrating to a richer country comes immediately, and then hardly grows. Specifically, between late 2013 and early 2015 we tracked and surveyed applicants to the 2002-05 Pacific Access Category lotteries who were in New Zealand, Tonga, and elsewhere (for those who had on-migrated). The wages of principal applicants were NZ$340 (US$260) per week higher due to the impact of migration (controlling for ex ante characteristics, the lotteries entered and the type of survey). The weekly wages for the control group (lottery losers in Tonga) were NZ$126, so the gain from migrating represents a 271% increase in weekly earnings. This was very similar to the 263% gain estimated by McKenzie et al. (2010) in the first year after migrating.

The estimated weekly wage gain due to migration rises slightly, to NZ$360 (a 284% rise), if we account for lower living costs (due to cheaper rents) that result from substantial internal mobility in New Zealand; 86% of the migrants were in Auckland when surveyed a year after arriving, but only 61% were in Auckland by 2013/14, with the rest having dispersed to secondary towns and rural areas. This estimate of a NZ$360 gain in weekly wages also accounts for a NZ$-Tonga Pa’anga purchasing power parity (PPP) exchange rate that we calculated from our own price surveys.

The stability of the wage impacts of migration over a decade is despite a variety of investments in further education and occupational change (linked to locational change) by the immigrants. We find that the lottery principal applicant is 10% more likely to be currently studying, 20% more likely to have tertiary education (supply of which is very limited in Tonga, so this reflects post-migration investments), and 13% more likely to have changed occupation in the last five years than equivalent lottery losers. Despite changing occupations more than non-migrants, the average occupational status of migrants never returns to what it was pre-migration.

Since the migration impact appears to be stable over time, and because we observed no return migration after a decade, the lifetime income gain from winning the Pacific Access Category lottery and migrating is straightforward to estimate. The typical Pacific Access Category migrant moves to New Zealand aged around 32. We assume they work for 33 years thereafter (the public pension in New Zealand is available from age 65), so the lifetime earnings gain is NZ$583,440. A further expected benefit in retirement of NZ$186,760 accrues because the New Zealand pension is more generous than Tongan ones. In net present value terms, with a 5% discount rate, the lifetime gain due to migration is at least NZ$315,000 (US$237,000), even before we allow for non-monetary benefits and wealth accumulation effects.

The impacts of migration on monetary welfare for the nuclear households of the immigrants are of similar magnitude to the wage effects on the principal applicants. Income is 216% higher and household expenditures 299% higher among migrant households. These figures, and the aforementioned estimates for the principal applicants, come from regressions where a treatment variable for ever having migrated to New Zealand is instrumented using the outcome of the Pacific Access Category lottery. Such regressions give a local average treatment effect, which in this case is the impact of migrating on people who would migrate only if they won the Pacific Access Category lottery and not otherwise. Such effects are the right ones to think about for policymakers considering the effects of restrictions on international migration.

The vast wage differences across countries suggest sizeable economic distortions due to limits on immigration. At the individual level, these offer the possibility of large gains through international mobility. We find that randomly selected workers moving from a poorer country to a richer country appear to be immediately more productive and that the observed wage gains are stable over time. These findings support the idea that cross-country wage differences are due to better institutions, higher quality capital and other factors in rich countries that serve to raise the productivity of all workers, rather than attributes that are embedded in native workers and take time for migrants to accumulate.

McKenzie, D, J Gibson and S Stillman (2010), “How Important is Selection? Experimental vs Non-experimental Measures of the Income Gains from Migration”, Journal of the European Economic Association 8(4): 913-45.