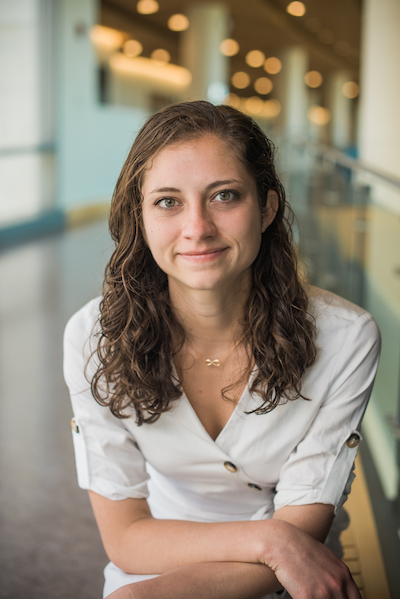 Low self-confidence may keep women from persuading family members that they should enter the workplace, despite wanting to work themselves

India's female labour force participation rate is amongst the lowest in the world. At 23%, it is far below the rate of 47% across low- and middle-income countries and a stark contrast to the rate of 79% for men in India (World Bank 2019a, 2019b). However, many women in India who are not working report an interest in doing so (Fletcher et al. 2017). Research suggests that women's husbands have a great deal of influence over women's labour supply, are less supportive of women working than women themselves, and may be a key constraint to women’s work (Bernhardt et al. 2018, Field et al. 2020, Lowe and McKelway 2019). Yet findings from Saudi Arabia, another setting where women's employment is extraordinarily low and where husbands have significant control over women's labour supply, suggest it may not take much to persuade husbands that their wives should work (Bursztyn et al. 2020).1 But if women want to work and their husbands can be persuaded, why do women not persuade them?

My research suggests that doing so requires a general sense of self-confidence that is lacking amongst women in India (McKelway 2020). Poor countries tend to have larger gender gaps in education, more tolerance of violence against women, less say for women in household decisions, and less freedom of choice for women than rich countries; India has especially low freedom of choice for women and a particularly male-skewed sex ratio at birth (Jayachandran 2015). Living in this sort of society could create a general sense of low self-confidence in women. This may keep women from persuading their husbands that they should work, perhaps making women hesitant to try to persuade, giving women lower assessments of their work ability to share with their husbands, or making women less convincing in general.

I focus on a conceptualisation of self-confidence from psychology: generalised self-efficacy (GSE). Self-efficacy refers to one's beliefs in one's own ability to succeed in a particular task (Bandura 1977) and GSE describes one's sense of self-efficacy in a generic task (Sherer 1982). Scholz et al. (2002) find that women’s GSE is lower than men’s in many countries, and they suggest gender gaps may be due to gender norms in these countries, implying India may have a large gender gap in GSE.

A field experiment to study constraints to women’s work

I studied these issues in a field experiment in rural Uttar Pradesh, one of India’s poorest states and one that adheres strongly to gender norms of traditional Indian culture. I partnered with one of India's largest carpet manufacturers, which offers paid training followed by employment in carpet weaving to women in this setting. My sample consists of 1,022 women who were eligible for the firm's programme.

I offered a random subset of the women a psychosocial intervention to increase GSE. The intervention was designed in consultation with CorStone, an organisation that provides evidence-based programmes in psychology to similar populations. It entailed nine meetings with groups of women held over four weeks. The meetings were facilitated by trained surveyors. Employing instruction, group discussion, and other activities, the meetings were geared towards getting women to recognise how their abilities could enable them to reach their goals. The curriculum considered many areas of women’s lives, with very little focus on employment or intra-household negotiation. The intervention targeted GSE, but given the nature of GSE and of psychosocial interventions, it is likely that it also shifted related aspects of psychology and soft skills. Women assigned GSE control were also invited to group meetings, but in these meetings, women completed group surveys about aspects of daily life in their villages; comparisons between GSE treatment and control women thus hold fixed effects of meeting attendance unrelated to GSE.

Following the psychosocial intervention, I gave all women, regardless of treatment status, details about the firm’s job and a promotion for it. I cross-randomised whether women's husbands and parents-in-law were also given the promotion; all family members were given job details but only those assigned promotion treatment were also given the promotion. The promotion featured a six-minute video highlighting merits of the firm's job, with a focus on points that would make women's families more interested in women's participation.

I organised a sign-up day for the programme, held two weeks after the psychosocial intervention ended and days after the promotion was delivered. More women signed up than there were slots for, so I randomly selected which were given an offer to start the programme. The programme began three weeks after sign-up.

The psychosocial intervention produced a persistent increase in GSE

Of the women assigned neither treatment, 19.4% signed up for the firm’s programme and 8.9% attended in the first three months of training. The psychosocial treatment alone increased sign-up and attendance by 5.8 and 3.3 percentage points – increases of 30% and 37%. Promotion treatment alone produced increases of 57% and 65%. Surprisingly, sign-up and attendance under both interventions were lower than under either alone and significantly lower than under the promotion alone.

I find a similar pattern of effects on general employment over the same short-run horizon. Six weeks after the psychosocial intervention began, 13.6% of women assigned neither treatment were working for income off their own households’ farms; five months later, 18.7% were. The psychosocial treatment alone increased employment at these endlines by 5.7 and 9.0 percentage points – 42% and 48% increases. Promotion treatment alone resulted in 46% and 41% increases. Employment under both treatments was lower than under each alone and significantly so at six weeks.

The effects of the promotion alone imply family members in this setting can be persuaded that women should work relatively easily, at least in the short run. Reports of household decision-making about sign-up suggest that one channel through which the psychosocial intervention alone increased employment was giving women the confidence to persuade their families themselves; the psychosocial treatment alone increased family members' interest in women signing up and also reduced disagreement between women and family members about sign-up. Why combining the two interventions might have been worse for employment than offering either alone remains unclear. There could have been a backlash to the promotion from family members who had seen women gaining self-confidence or from confident women who viewed the promotion as removing their autonomy.

The employment effects are not persistent. At one year, 19.2% of women assigned neither treatment were working off their own farms, and the level is no different in treated groups. Perhaps family members can be persuaded, either by an external promotion or by women themselves, that women should enter the workplace, but convincing them that women should stay in it is harder.

Understanding the persistence of the effect on GSE

The effect of the psychosocial intervention on GSE did, however, persist. Is this because the short-run employment effects sustained high GSE? I do find a positive effect on GSE of the offer to participate in the firm’s programme three months after it was given, but this could be driven by women inferring information about their abilities from the offer allocation rather than the job itself. Moreover, the treatment assignments that produced short-run effects on employment were not the ones that produced long-run effects on GSE. I conclude that the long-run effects on GSE cannot be explained by a self-reinforcing relationship between GSE and employment, but it is entirely possible that the psychosocial intervention led to other economic changes that reinforced high GSE.

Family members of women in India can be easily persuaded that women should enter the workplace. Low self-confidence, however, may keep women from persuading family members themselves, despite wanting to work. A psychosocial intervention could give women this confidence and produce lasting gains in their self-confidence. However, combining this intervention with one that reduces intra-household opposition directly may backfire, suggesting intervening in the household is a delicate endeavour.

I find no effects on employment in the long run. This suggests it may be harder to persuade families that women should stay in the workplace than enter it. Identifying policies that can produce sustained gains in women’s employment in India will require further research.

1 In contrast, Dean and Jayachandran (2019) find no effects of a video intervention designed to make family members of women in India more supportive of women's employment. This may be because Dean and Jayachandran (2019) study women who were employed at baseline, whereas the sample in Bursztyn et al. (2020) and in my study were largely unemployed.