Can low-capacity governments work with local leaders to increase tax revenues? Evidence from the Democratic Republic of Congo 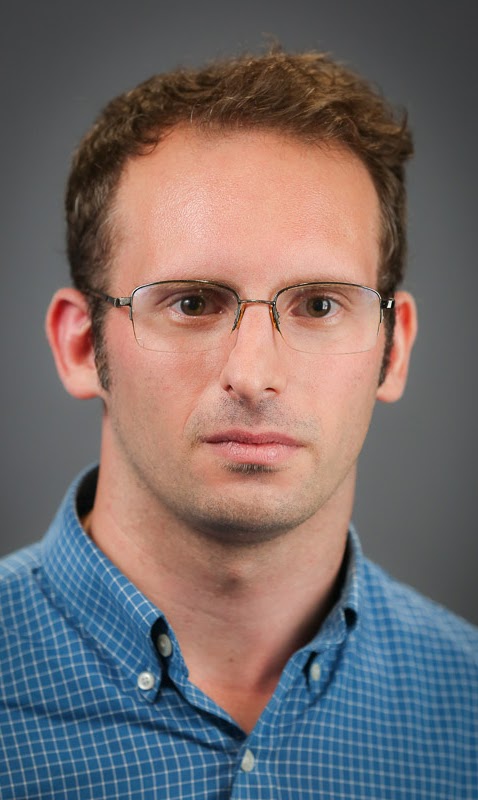 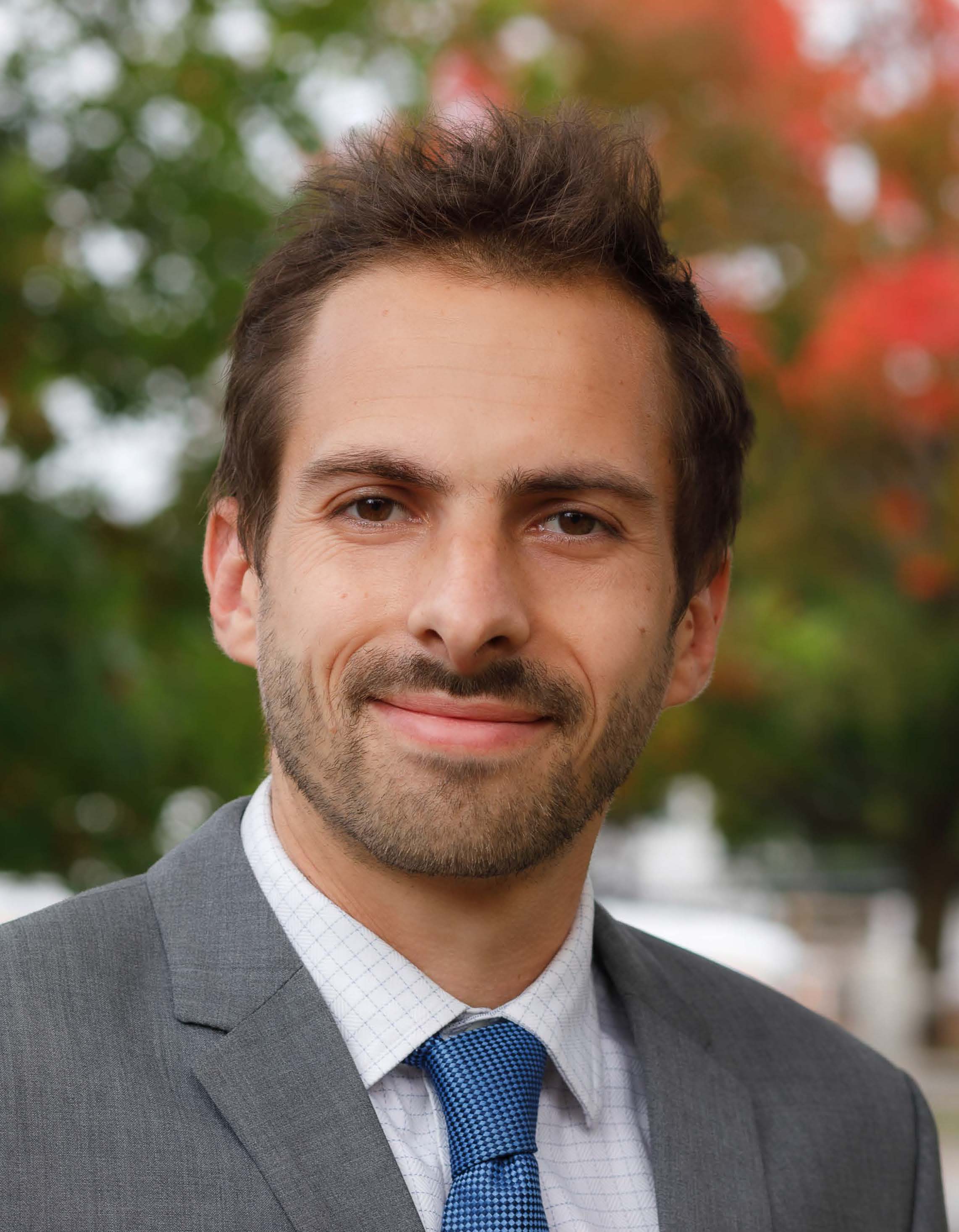 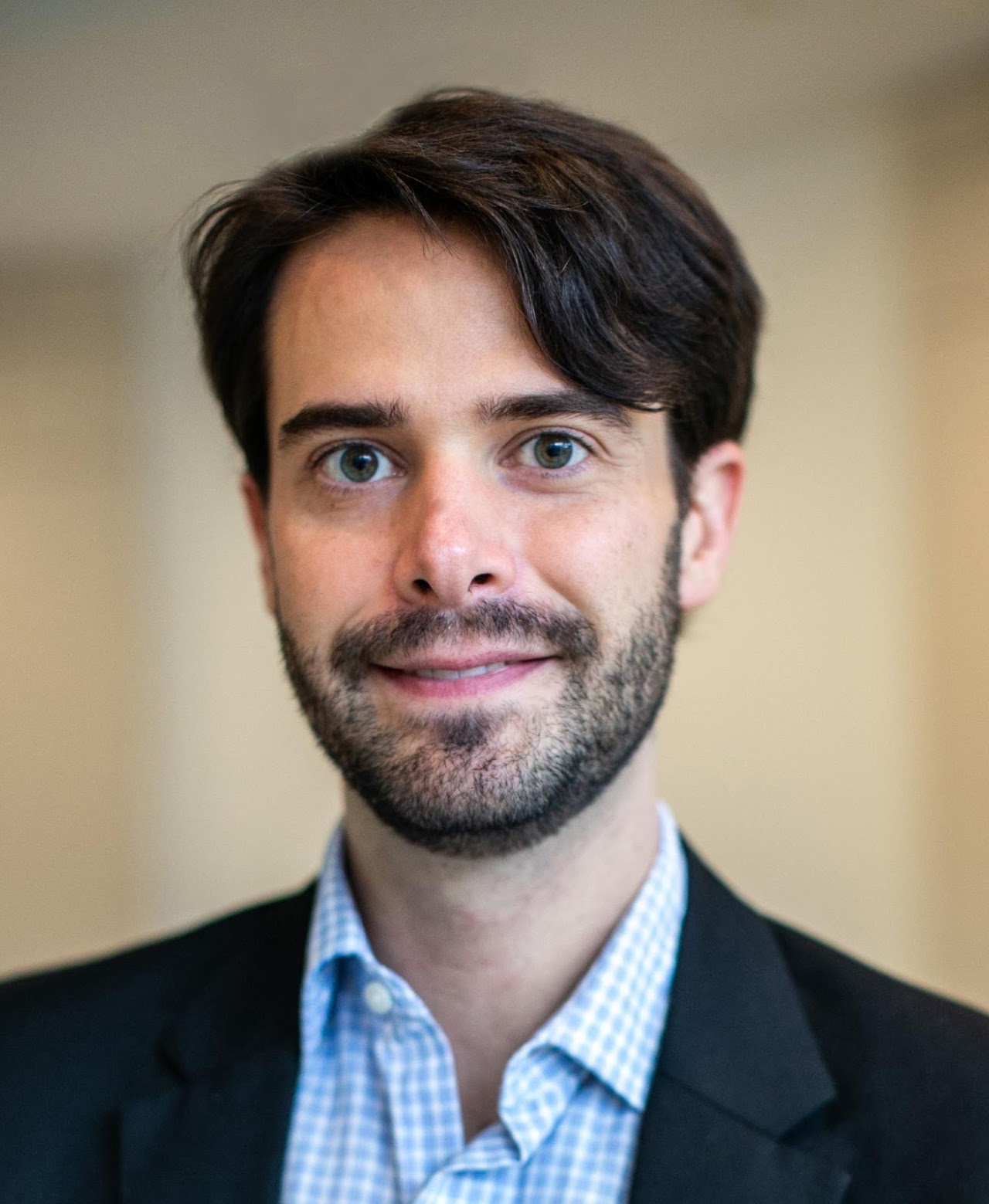 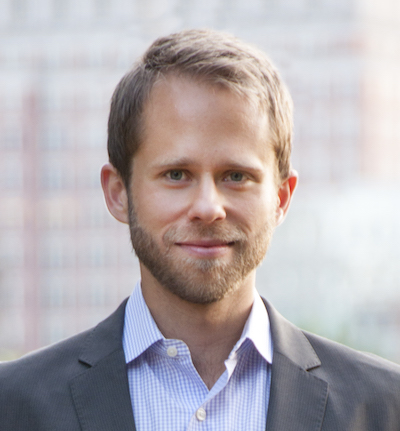 Examining a randomised policy experiment in the Democratic Republic of Congo (DRC), in a new paper we explore whether low-capacity states can increase their fiscal capacity by delegating tax collection responsibilities to local city chiefs (Balán et al. 2020).

Governments have had the choice of either deploying state agents to collect taxes or delegating collection to customary and local leaders since time immemorial. In settings of low state capacity, it is not obvious which option would maximise government revenue. On the one hand, local leaders may have greater enforcement capacity in weak states because they have access to rich local information about taxpayers that state agents lack. Collection by local leaders may also lower administrative costs because it eliminates the need to staff a tax office in every province (Levi 1989). On the other hand, local leaders may be harder to monitor, and rulers may fear leakage eating into revenues, as well as the risk of overzealous taxation causing real economic damage or even outright tax revolts (Stella 1993).

Facing these tradeoffs, governments are thought to delegate tax collection to local leaders when the state is weak, and to rely on their own agents when the state is strong, according to economic historians and fiscal sociologists (e.g. Weber 1922). State collectors surpass local leaders in enforcement capacity, the story goes, as the state’s legal and informational power expands and eventually outweighs the local informational advantage once enjoyed by local leaders. Consistent with this idea, the countries in which customary and local leaders continue to play an important role in tax collection today predominantly have weak or fragile states, many of them in sub-Saharan Africa.

The study: City chiefs versus state agents as tax collectors in the DRC

A recent property tax campaign in the DRC provides experimental evidence on the tradeoffs between local leaders and state agents as tax collectors in a low-capacity state. The Provincial Government of Kasaï-Central began systematic property tax collection in the capital city of Kananga in 2016 (Weigel 2020). In 2018, the government predicted that engaging local city chiefs in collection would increase revenues further.

City chiefs are locally embedded leaders at the neighbourhood level who help resolve disputes over property, act as intermediaries between neighbourhoods and the government, and organise local public goods provision by citizens to maintain roads and other infrastructure. Respected local elites with responsibilities similar to customary chiefs in rural areas, city chiefs should not however be confused with their rural counterparts, who possess more authority. City chiefs play a role in property tax collection in many African countries today (Knebelmann et al. 2020).

To learn if working with city chiefs could raise revenues, the government implemented a policy experiment in which the 356 neighbourhoods of Kananga, spanning roughly 45,162 properties, were randomly assigned to “Central” or “Local” property tax collection. State agents hired by the provincial tax ministry were responsible for door-to-door collection in Central neighbourhoods, whereas city chiefs were responsible in Local neighbourhoods. Aside from the type of collector, all other aspects of tax collection — property registration and assessment, tax liabilities, the technologies used to issue receipts, collector compensation, among many others — were identical across treatments. By holding constant collector incentives and tax procedures, the experiment make it possible to estimate the causal effects of tax collection by local leaders compared to state agents. 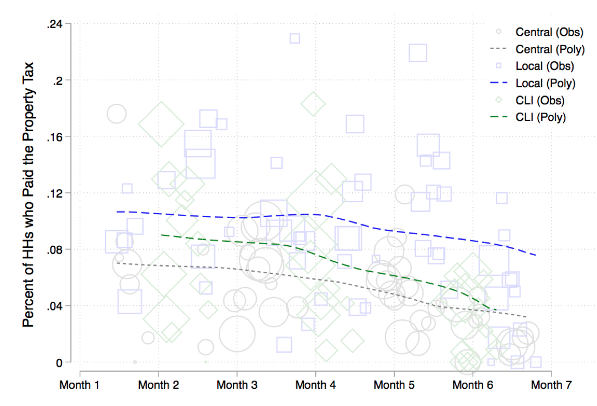 According to the government’s tax database, chiefs achieved 52% (3.3 percentage points) higher tax compliance than state collectors. Figure 1 shows how this difference persists throughout the campaign. This increase in compliance due to chief tax collection amounted to a 43% increase in property tax revenues. As a benchmark, enforcement messages on tax letters — an intervention used by tax authorities around the globe — increased revenues by one-fifth as much as tax collection by chiefs.

Importantly, the risk of mismanagement by city chiefs causing a backlash against the government largely did not materialise. While city chiefs were slightly more likely to collect bribes than state collectors, we find no evidence that they caused adverse outcomes on other margins, including tax assessment accuracy, views of the government, or crowding-out of other taxes or chief duties.

Why did chief collectors achieve higher tax compliance than state collectors? Chiefs did not visit more properties or visit them more often. Nor did they appear to be better at convincing property owners to pay after choosing to visit them. Instead, the evidence suggests that chiefs were able to target potential taxpayers more efficiently because they had better information about citizens’ propensity to pay.

According to detailed survey measures (Figure 2), chiefs were less likely than state collectors to visit high-quality properties — an observable characteristic — yet more likely to visit properties with attributes that predict compliance but which are difficult to observe, such as having owners with cash-on-hand and those with positive views of the government. Thus, while state collectors had to rely on observable signals of tax compliance when choosing which households to visit, chiefs had access to more accurate but less observable signals thanks to their local knowledge.

Figure 2 Characteristics of households visited by collectors (after initial registration) 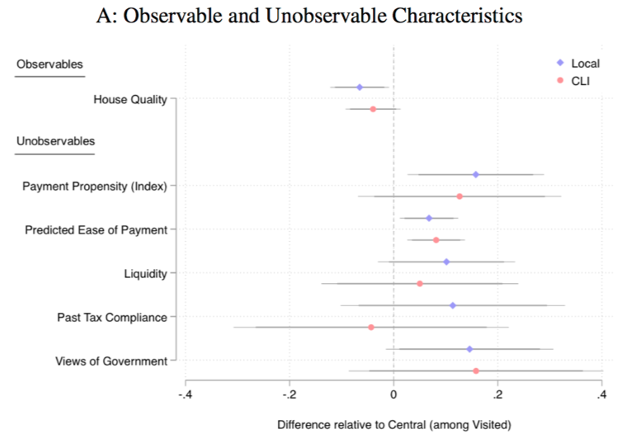 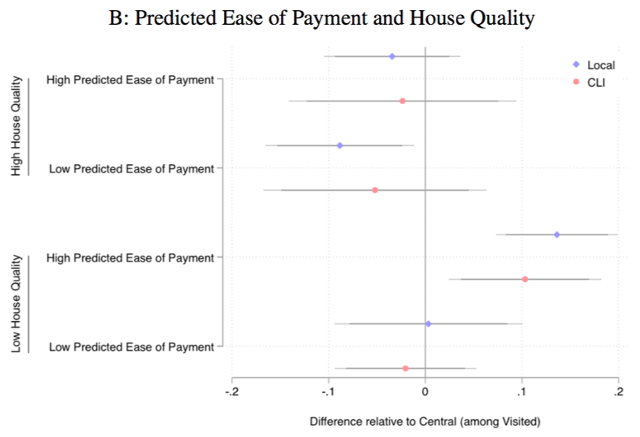 The value of local information to tax collectors is rendered vivid in a third, hybrid treatment arm, “Central + Local Information” (CLI), in which state agents collected taxes after a half-day consultation with the neighbourhood chief. During this meeting, the chief went line by line through the property register, indicating the ability and willingness to pay of each property owner in the neighbourhood, thereby transmitting the chief’s knowledge to the state collectors.

Should low-capacity governments delegate tax collection responsibilities to local leaders? In Kananga, doing so raised more revenue — and proved 53% more cost-effective — than state collection. Although it increased bribes slightly, chief collection did not undermine views of the government or backfire along other margins. Engaging local leaders in tax collection therefore represents an important tool that low-capacity governments should consider in urban and peri-urban areas (where states can more easily monitor collectors compared to rural areas).

As countries develop and build stronger states, the value of engaging customary and local leaders in tax collection will likely decline. In particular, with more third-party information available to tax ministries — because of the expansion of the formal sector (Jensen 2018) and increasing financial development (Gordon and Li 2009) — chiefs’ informational advantages will likely dissipate and eventually be surpassed by the state. In the meantime, however, local leaders can be useful allies in weak states seeking to establish rudimentary fiscal capacity.

Jensen, A (2018), “Employment structure and the rise of the modern tax system”, Working Paper.

Levi, M (1989), Of Rule and Revenue, University of California Press.