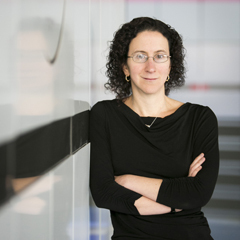 Amy Finkelstein is the John & Jennie S. MacDonald Professor of Economics at the Massachusetts Institute of Technology. She is the co-founder and co-Scientific Director of J-PAL North America, a research center at MIT that encourages and facilitates randomized evaluations of important domestic policy issues. She is also the founding Editor of American Economic Review: Insights and the co-Director of the Public Economics Program at the National Bureau of Economic Research. She is a member of the National Academy of Sciences and of the Institute of Medicine, and a fellow of the American Academy of Arts and Sciences and of the Econometric Society.

Dr. Finkelstein’s areas of specialization are public finance and health economics. Her research focuses on market failures and government intervention in insurance markets, and on the economics of healthcare delivery.  She has received numerous awards and fellowships for her research, including a MacArthur Foundation Fellowship (2018) and the John Bates Clark Medal (2012), given annually to the economist under the age of 40 who is judged to have made the most significant contribution to economic thought and knowledge. Other awards include the American Society of Health Economists’ ASHEcon Medal (2014), awarded biennially to the economist age 40 or under who has made the most significant contributions to the field of health economics, a Presidential Early Career Award for Scientists and Engineers (2009), the American Economic Association’s Elaine Bennett Research Prize (2008) and a Sloan Research Fellowship (2007). She has also received awards for graduate student teaching and graduate student advising at MIT.