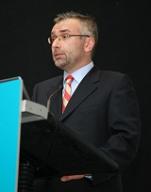 Fabrizio Zilibotti is Tuntex Professor of International and Development Economics in the Department of Economics at Yale University.

Fabrizio Zilibotti is a Fellow of the Econometric Society, EEA, CEPR and CESifo. He is a co-director of the NBER Economic Fluctuations Group on Income Distribution and Macroeconomics. He was the President of the European Economic Association in 2016.

He was the Principal Investigator of an ERC Advanced Grant. He is a recipient of the Yrjö Jahnsson 2009 award (the European analogue of the John Bates Clark medal, assigned to the best economist in Europe under the age of 45) and of the Sun Yefang 2012 Award from the Chinese Academy of Social Sciences for his article “Growing Like China.” He is the receipient of the Ciliegia d’Oro (Golden Cherry) prize, awarded to distinguished personalities in cultural, industrial, sport or humanitarian fields from Emilia Romagna (previous winners include, among others, Enzo Ferrari and Luciano Pavarotti).

His research interests include economic growth and development, political economy, macroeconomics, and the economic development of China. He has published and forthcoming papers in several international journals, including, among others: American Economic Review, Econometrica, Journal of Political Economy, Quarterly Journal of Economics, Review of Economic Studies.

He is the author of the international bestseller Love, Money, and Parenting. How Economics Explains the Way We Raise Our Kids (with Matthias Doepke), Princeton University Press 2019 (Chinese translation: 爱、金钱和孩子：育儿经济学, 出版社:格致出版社, June 2019).