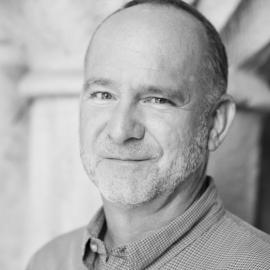 James Ferguson is the Susan S. and William H. Hindle Professor in the School of Humanities and Sciences, and Professor in the Department of Anthropology. His research has focused on southern Africa (especially Lesotho, Zambia, South Africa, and Namibia), and has engaged a broad range of theoretical and ethnographic issues. These include the politics of “development”, rural-urban migration, changing topgraphies of property and wealth, constructions of space and place, urban culture in mining towns, experiences of modernity, the spatialization of states, the place of “Africa” in a real and imagined world, and the theory and politics of ethnography. Running through much of this work is a concern with how discourses organized around concepts such as “development” and “modernity” intersect the lives of ordinary people.

Professor Ferguson's most recent work has explored the surprising creation and/or expansion (both in southern Africa and across the global South) of social welfare programs targeting the poor, anchored in schemes that directly transfer small amounts of cash to large numbers of low-income people. His work aims to situate these programs within a larger “politics of distribution,” and to show how they are linked to emergent forms of distributive politics in contexts where new masses of “working age” people are supported by means other than wage labor. In such settings of scarce and diminishing employment opportunities, distributive practices and distributive politics are acquiring a new centrality, with social protection, in particular, emerging as a key arena within which fundamental questions are addressed concerning how resources should be distributed, who is entitled to receive them, and why. In this context, new political possibilities and dangers are emerging, even as new analytical and critical strategies are required. A book on this topic (Give a Man a Fish: Reflections on the New Politics of Distribution) was recently published by Duke University Press.