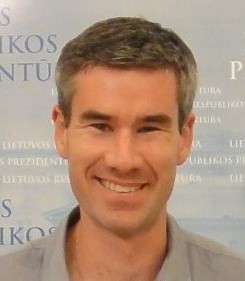 Julian is a Professor of Economics at the University of Exeter Business School and is also affiliated with JPAL, the US Office of Evaluation Sciences, The World Bank, and Oxford University (Global Priorities Institute and Nuffield College). Julian previously worked in the public sector, as well as with multiple academic institutions including Northwestern, UC Berkeley, Caltech, HEC Paris, Yale, and Harvard. He holds a PhD in Economics from MIT, and previous degrees in Mathematics from Caltech. He has traveled to roughly 90 countries.

Julian’s research focuses on the interaction between individual preferences, decisions, and well-being on the one hand, and institutional policies on the other, with a special interest in explicit welfare tradeoffs. He uses a wide range of methodological approaches, ranging from mathematical theory to lab & field experiments to formal rhetoric to surveys to large administrative data. Much of his work has taken place in more than a dozen developing countries (especially in sub-Saharan Africa), with a particular sectoral focus on health and financial behavior, but he is easily tempted in new directions.