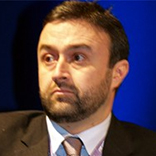 Previously, Mr. Benhassine was based in Rabat, Morocco between 2007 and 2011 and was in charge of the private sector development portfolio of the Maghreb for the World Bank. He also worked on education, land reform and health service delivery. An Algerian national, he joined the World Bank Group in Washington D.C. in 2001, after working with McKinsey and Co and teaching at the Swiss Graduate Institute of International Studies.

Mr. Benhassine is the co-author of the 2009 World Bank flagship publication on the private sector in the MENA region, From Privilege to Competition.

He is a graduate of the Swiss Federal Institute of Technology, the Paris Graduate School of Management, the Paris School of Economics and holds a PhD in Economics from MIT.