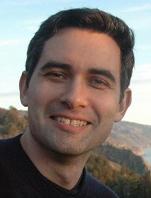 Pedro C. Vicente is a Full Professor of Economics at Nova School of Business and Economics (Nova SBE), where he is also a founding scientific director of the knowledge center NOVAFRICA. He specializes in development economics and Africa, with a focus on political economy issues. Previously to Nova SBE, Pedro Vicente was a professor and researcher at the University of Oxford and Trinity College Dublin. He was also a visiting professor at the University of Notre Dame and a consultant to the World Bank. Pedro Vicente has published in leading economics journals such as the American Economic Review, the Review of Economics and Statistics, the Economic Journal, and the Journal of Development Economics. His research has entailed substantial fieldwork efforts in African countries including Mozambique, Nigeria, Guinea-Bissau, Angola, Cape Verde, and São Tomé and Príncipe, as well as funding by national and international agencies such as DFID, USAID, 3IE, IZA, and FCT. Pedro Vicente holds a PhD in economics from the University of Chicago.