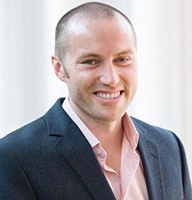 Robert Blair is the Joukowsky Family Associate Professor of Political Science and International and Public Affairs at Brown University. His research focuses on international intervention and the consolidation of state authority after civil war, with an emphasis on rule of law and security institutions. He also directs the Democratic Erosion project, a multi-university consortium that addresses the causes and consequences of democratic deconsolidation through a combination of teaching, research, and civic and policy engagement. He has conducted fieldwork on these and related topics in Colombia, Liberia, Uganda, Côte d'Ivoire, and the US. He has also worked in various capacities for the UN Office of Rule of Law and Security Institutions, the US Central Intelligence Agency’s Political Instability Task Force, USAID, Freedom House, and the Small Arms Survey. He holds a B.A. from Brown and a Ph.D in political science from Yale University. His research is published or forthcoming in the American Political Science Review, American Journal of Political Science, Journal of Politics, British Journal of Political Science, Quarterly Journal of Political Science, Comparative Political Studies, World Politics, International Organization, International Studies Quarterly, and other venues. His book, Peacekeeping, Policing, and the Rule of Law after Civil War, was published in 2020 with Cambridge University Press.